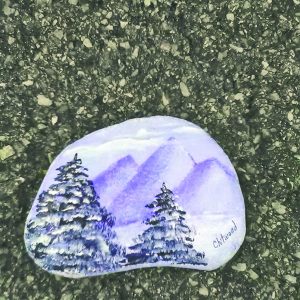 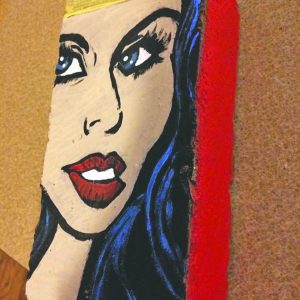 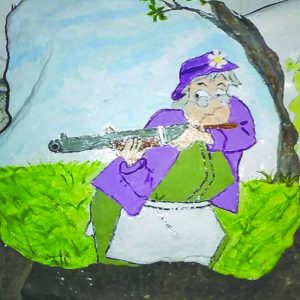 Photo Submitted: Widow Tweed from The Fox and the Hound by Kristy Phillips 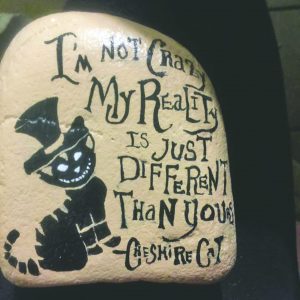 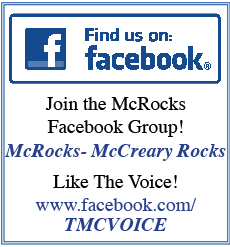 Over the past couple of months the citizens of McCreary County have taken positive notice to the popularity of the McRocks Facebook group. The group has grown to over 7,000 members strong and their work can be found scattered across the county; dotting it with their varying personalities and artistic talents. The art found on the rocks range from cartoons, landscapes, famous figures and more.

There have been many artists who have taken this newfound opportunity to show off their work and to bring a little joy to the lives of others.

“I enjoy watching the kids paint and find the rocks,” says DeAnna Matney, a local artist, “The smiles are what keep me painting. This rock craze is a new way to let my little pieces of art make some children smile and I absolutely love it.”

Many of the artists who have posted their rocks online have expressed similar motivations for rock painting as Matney has. The joy of children has brought many artists into the community in one way or another.

In the case of Kenny Chitwood it was his own children who introduced him to the prospect of painting and hiding rocks.

“Art is something I truly enjoy,” says Chitwood, “I do paintings on canvas as well as rocks. I’ve always been fascinated by Bob Ross starting out as a kid watching him in school. I was the kid who didn’t sleep through it,” Chitwood laughs, “I got into rock painting when the kids had mentioned wanting to ‘go hunt rocks’ so without a clue what was going on we quickly realized we weren’t the only ones doing it. I figured I’d paint one and then post it on Facebook. I was blown away by the way everybody was looking for my rock. The little boy who found it looked so happy that I figured ‘hey, as long as it makes someone happy it’s all worth it.’”

The McRocks Facebook group has been supportive of its members, showering the artists with praise for their hard work and creativity. Some artists have even been asked to take requests when it comes to their rocks due to the increasing popularity of their work.

Cass Gregory is very close to a couple of the artists whose art has attracted the requests of many of the other McRocks group members.

“My wife, Kristy Phillips, and my mother, Tammie Gregory, just noticed the rocks being painted and decided to get into it,” Gregory says, “They had no idea they would be taking requests. They both got into rock painting because they love to see the kids’ faces. Most of the ones they’ve painted that have been found so far have been kept by the finders.”

Typically when a rock is found and kept it is asked that the finder paint and hide a new rock so that they can keep the trend going. It is a cycle that brings joy to the painters knowing that someone enjoyed their artwork that much and it has the potential to bring joy to someone else when a new rock is hidden.

The McRock group hopes that others will join in on the trend to help spread happiness. McRock member Kenny Chitwood believes that some might even be surprised by what they can do.

“Maybe I will encourage others to paint because there are two types of people in the world,” says Chitwood, “People who can paint and people who don’t know that they can paint.”

In the wake of the new rock painting trend it just goes to show that not everyone is completely aware of what they are capable of doing. There could be an artist hiding inside of anyone.