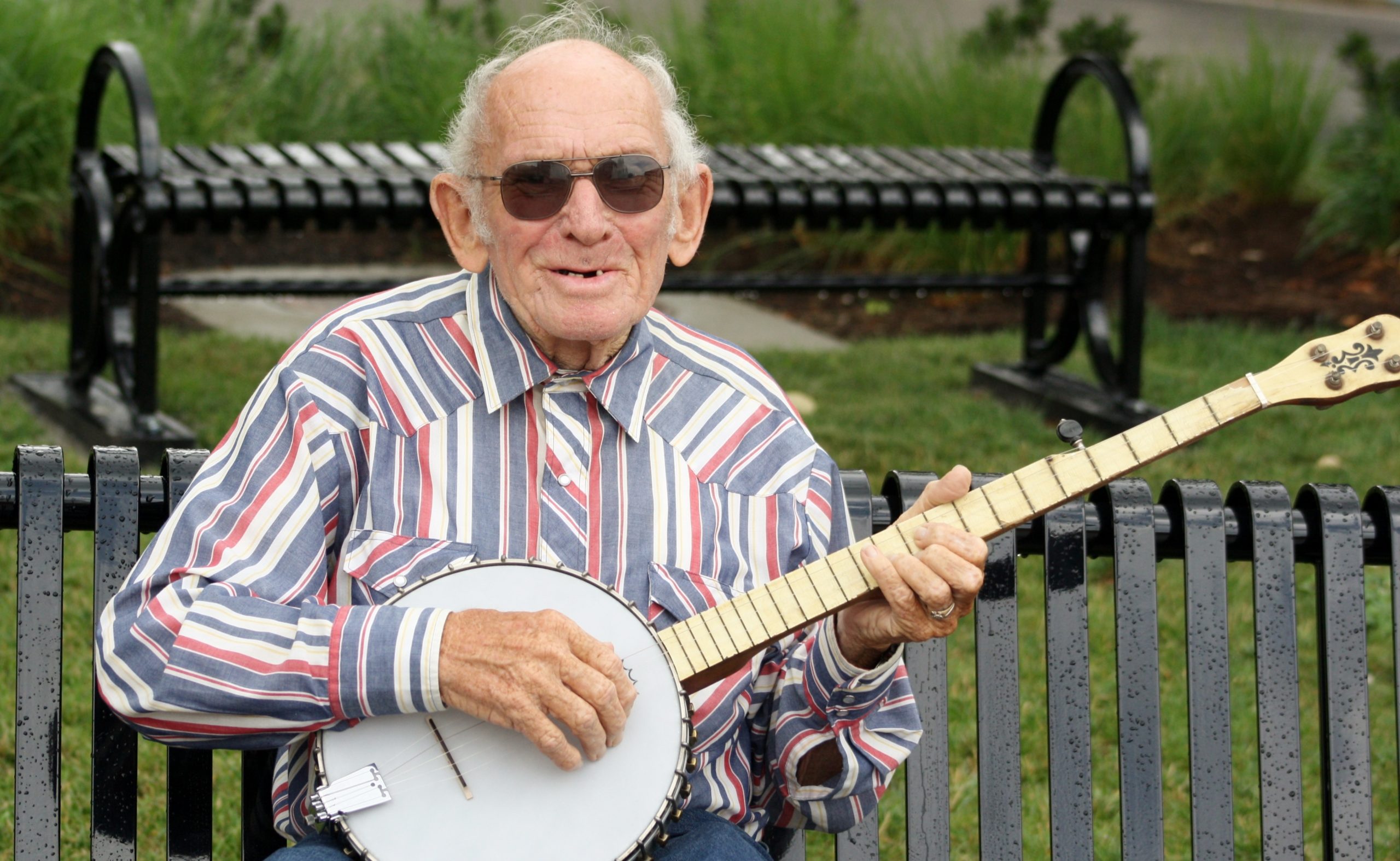 Beloved McCreary County native, Edsel Blevins, will take to the stage with his banjo during the 2017 Master Musicians Festival at Festival Field on the campus of Somerset Community College.  A special tribute to Blevins is scheduled at 4:30 p.m. on Saturday, July 8 during which he will be honored as the 2017 Master Musician.  Blevins, master of the Pop Stoneman, two finger style of banjo playing, will perform with friends during the tribute.

As a former school custodian and talented musician who “picked” and sang for many years at the Big South Fork Scenic Railway, Blevins-known for his smiling face, kind heart, and friendly handshake- is a familiar and beloved figure throughout the local area.  In fact, he is so well liked that officials in McCreary County once proclaimed the week of November 8 as “Edsel Blevins Week.”  The proclamation recognized Edsel as portraying the true meaning of friendship and for his many contributions in the areas of music, education, and citizenship.  Having helped many people throughout the years by performing at funerals, benefits, and more, Blevins has twice been honored as a Kentucky Colonel.

Blevins was the only child of Birdell and Zona Kidd Blevins to survive infancy.  Growing up particularly close to his parents, Edsel stayed at home and never left his parents until their deaths.  Having never married and with no children, Blevins still has “family by heart” through the many people he has graced with his kindness and music.

Currently residing at Crestview, an assisted living facility in Somerset, Edsel has continued to make friends in neighboring Pulaski County and impresses those around him with his kind heart and humble spirit.  Playing regularly in Somerset during open mics with his friend, Somerset musician Kevin Dalton, Blevins still loves to share traditional mountain and country music using his talent for the unique two finger style of banjo.  Blevins will be joined on stage during the Master Musician’s Festival by Kevin Dalton, Tommy Cate, and McCreary County’s Paul “Hoss” Davis.  Blevins plans to perform the gospel number “In His Arms, I’m Not Afraid,” “Lonesome Road Blues,” and Hank Williams Sr.’s “You Win Again” as tribute to his own musical hero.

To purchase tickets or obtain more information about the festival, visit www.mastermusiciansfestival.org.