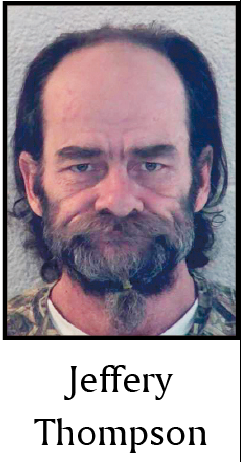 A McCreary County man serving time at the Pulaski County Detention Center is back behind bars after reportedly walking away from a work detail Tuesday morning.

Jeffery Thompson, 50, who was serving time for a Lincoln County meth possession conviction and a McCreary County trafficking conviction, will now face additional charges of escape and fleeing/evading after his escape and eventual recapture.

Pulaski County Jailer David Moss stated Thompson was park of a work crew when he reportedly slipped away from the detail.

Thompson, apparently attempting to return to McCreary County, was spotted twice on or near the train tracks and headed south. Burnside Police Chief Craig Whitaker located the escapee in a rail car in Burnside, but the subject fled before he could be taken back in to custody.

He was finally spotted by a Kentucky Fish and Wildlife boat hiding under a dock in Burnside and recaptured.