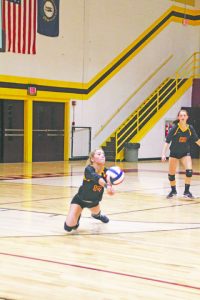 “We played some games in June but all of the players have to try out again,” Davis confided. “We graduated four players and one of them made Second Team All-Region. So, we have some shoes that need to be filled but we have a lot of girls in the program and good contributors that can step up and fill those spots.”