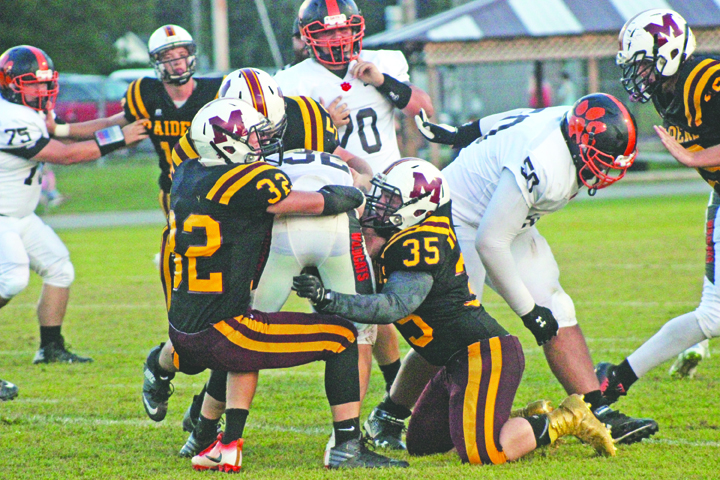 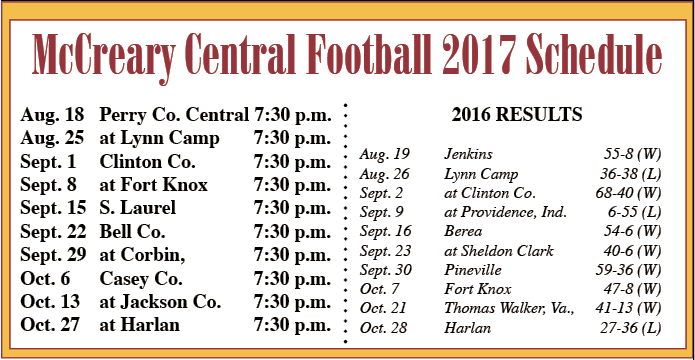 The Raiders, following the conclusion of the Kentucky High School Athletic Association Dead Period, opened preseason practice earlier in the month.
McCreary Central is slated to host Perry County Central in its season opener on August 18.

McCreary Central compiled a 7-3 overall record in 2016 while playing a non-district schedule. The much-improved Raiders put together a five-game winning streak in 2016.

Kickoff for each of McCreary Central’s regular-season games is set for 7:30 p.m.