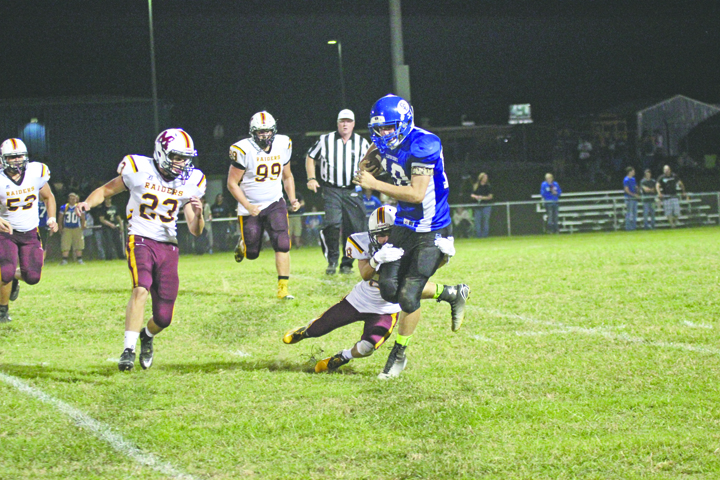 Williamsburg will offer the Raiders a tough early test. The Jackets are the preseason favorite in Class A, District 7.

A former perennial contender for the Class A state championship, Williamsburg (7-5) is projected to finish ahead of Lynn Camp (6-5), Harlan (7-4) and Pineville (6-6) after returning to the top of its district.

Senior quarterback Alec Poore is back to lead the Jackets. Poore passed for 2,896 yards and 29 touchdowns as a junior in 2016.

Offensively, Williamsburg has all but one starter returning for the 2017 season. Junior receiver Eli Mattingly and sophomore receivers Dalton Ponder and Caleb Rose are all back for the Jackets.

Senior running back Brandon Troxell is the top leader back for McCreary Central. Troxell exited the 2016 season as one of Kentucky high school football’s top rushers. In 10 games in 2016, Troxell rushed 170 times for 2,194 yards and 25 touchdowns.

Troxell averaged 219 rushing yards per game as a junior in 2016, ranking among the state’s best rushers.

As a team, McCreary Central is picked to finish fourth in Class 3A, District 8. The Raiders are back in a district for the 2017 season.

Troxell helped to lead McCreary Central to a 7-3 record in 2016.

McCreary Central has fared well throughout the preseason.

“I’ve seen a lot of improvement in our team,” McCreary Central Coach Lucas Ford commented. “The kids have responded well.”

The Lynn Camp-hosted preseason high school football event will allow numerous area fans to get a look at multiple squads.