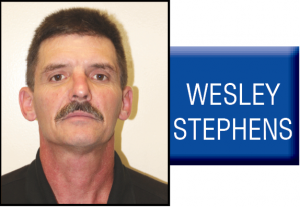 A McCreary County Transport officer is facing serious allegations after being indicted by the Leslie County Grand Jury Wednesday.

Wesley Stephens, 48, is accused of rape in the second degree after he allegedly had sex with a female prisoner in his custody while on the way to the Leslie County Detention Center on January 4, 2017.

The indictment alleges Stephens “committed the offense of Rape in the second degree when he, being eighteen years of age or more, engaged in sexual intercourse with R.B., who was incapable of consent because she was under the influence of alcohol or intoxicants.” (The victim’s name was not released in the indictment.)

While no other details of the investigation were available as of press time, McCreary County Judge Executive Doug Stephens confirmed the alleged act occurred while Stephens was employed as a Transport Officer and while he was on duty.

Judge Stephens stated the officer was suspended from duty when the allegation was first revealed to him.

“I immediately placed Mr. Stephens under administrative leave when I was informed about the investigation,” he said. “We will not tolerate this kind of behavior from any of our employees.”

The charge is considered a Class C felony, which could carry a sentence of five to ten years if convicted.

No court date for a hearing has been scheduled as of yet.