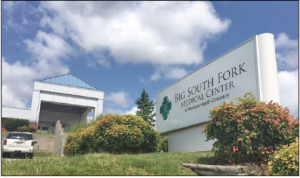 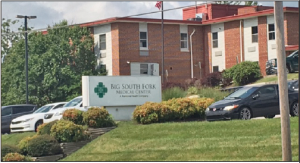 Just over one year after Pioneer Community Hospital of Scott closed its doors, the new ownership of the facility reopened the hospital Tuesday under a new name.

The Big South Medical Center officially began operations Tuesday morning providing health care services to the residents of Scott County and beyond.
Opening with a 25-bed facility and an operational emergency room the hospital opening begins the latest chapter of the ongoing struggle to provide medical care in the region.

Pioneer’s run did not last, however, after the company filed Chapter 11 bankruptcy in 2016.

Rennova Health acquired the hospital after the closure and has spent several months conducting renovations to the facility and obtaining licensing.

CEO Tony Taylor told the Independent Herald that most hospital operations are in place except for the surgical unit, which is expected to open at a later date.

“We want to thank the Tennessee Department of Health, Rennova Health and all personnel involved in getting us to this point,” King said.

Taylor, who was CEO of Pioneer Community Hospital, was retained for the leadership role under the new ownership as well as much of the previous administration.

McCreary County Ambulance Service Director Jimmy Barnett confirmed that the service will transport patients to the new hospital at their request, or in an emergency situation where it is the closest facility.