In just a few days the sun will disappear from the skies for nearly three minutes in the middle of the afternoon.
No, it is not the end of the world, but a rare treat for skygazers- a total eclipse of the sun. 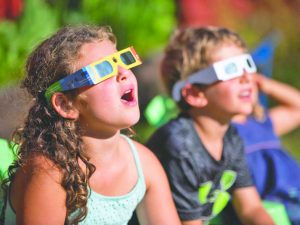 The 2017 eclipse will traverse North America from West to East Monday, arriving in Kentucky shortly after noon before moving on.

Several cities and towns in western Kentucky are gearing up for the event with eclipse-centered events to lure tourists to their area, but you do not have to travel farther than your own backyard to witness the event yourself – with almost as good a view.

The eclipse will begin around 12:03 p.m. with the maximum coverage occurring at 1:32 and lasting nearly three minutes. The moon will clear the sun, ending the eclipse around 2:56.

McCreary County schools will use a non-traditional instruction day to allow the students the opportunity to witness the event however they please.

A solar eclipse happens when the moon passes directly between the Earth and the sun, casting its shadow – or umbra – on the planet. While partial eclipses, where the shadow obscures only part of the sun, are more common, a total eclipse is more rare.

The total eclipse means the moon’s position in orbit is close enough to the Earth to cast a shadow that appears larger than the sun itself – creating total coverage. An annular eclipse, where the moon’s shadow is slightly smaller than the sun, creates a ring of light around the shadow.

Western Kentucky is directly in the path of totality, meaning the longest duration of darkness will occur for viewers within a 70-mile wide corridor.

It has been nearly 150 years since the last time Kentuckians were able to witness a total solar eclipse, the last one occurring on August 1, 1869.

If you miss the eclipse this year, or the weather decides not to cooperate, you will not have to wait too long for the next one – April 8, 2024. 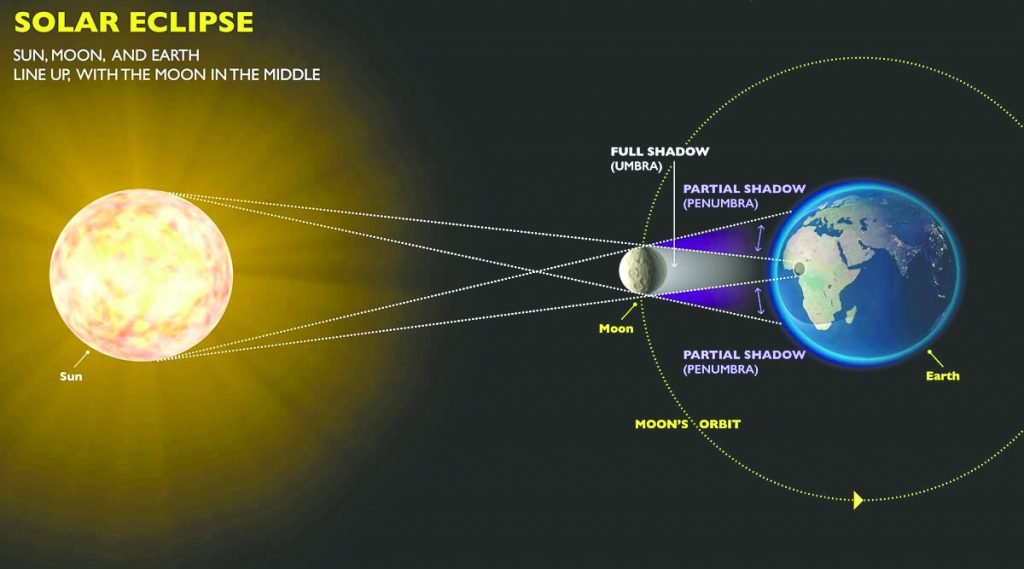 While viewing the eclipse is a rare and exciting opportunity, there are serious health risks that could occur if proper precautions are not taken.

It is important to remember to NEVER look directly in to the sun with you naked eyes. Doing so without eye protection can cause serious damage to your vision.

Scientists recommend using ‘solar glasses’ to watch the eclipse while in transition – make sure you have eye protection such as ‘solar glasses’. These glasses have special filters on them to block the Sun’s damaging radiation and reduce the intensity of the light waves so that you can observe without damaging your vision.

Never view the disk of the sun through a telescope, binoculars or camera without a proper solar filter. ‘Solar glasses’ are not powerful enough to protect your eyes from magnified sunlight. Even if you are wearing ‘solar glasses’, viewing the disk of the sun through a magnification device will result in serious eye damage if the device is not equipped with a proper solar filter.

In the moments before totality, viewers will see a crescent of light from the sun growing thinner and thinner as the moon progresses over its face. Just before the disk of the sun is entirely covered by the moon, the crescent will break up into a series of small dots of light that look like beads on a string (typically there are about three to eight such dots). These are called Baily’s beads (after Francis Baily, the British astronomer who discovered them). Once the last bead disappears, the face of the sun has been covered by the moon, and totality has begun.