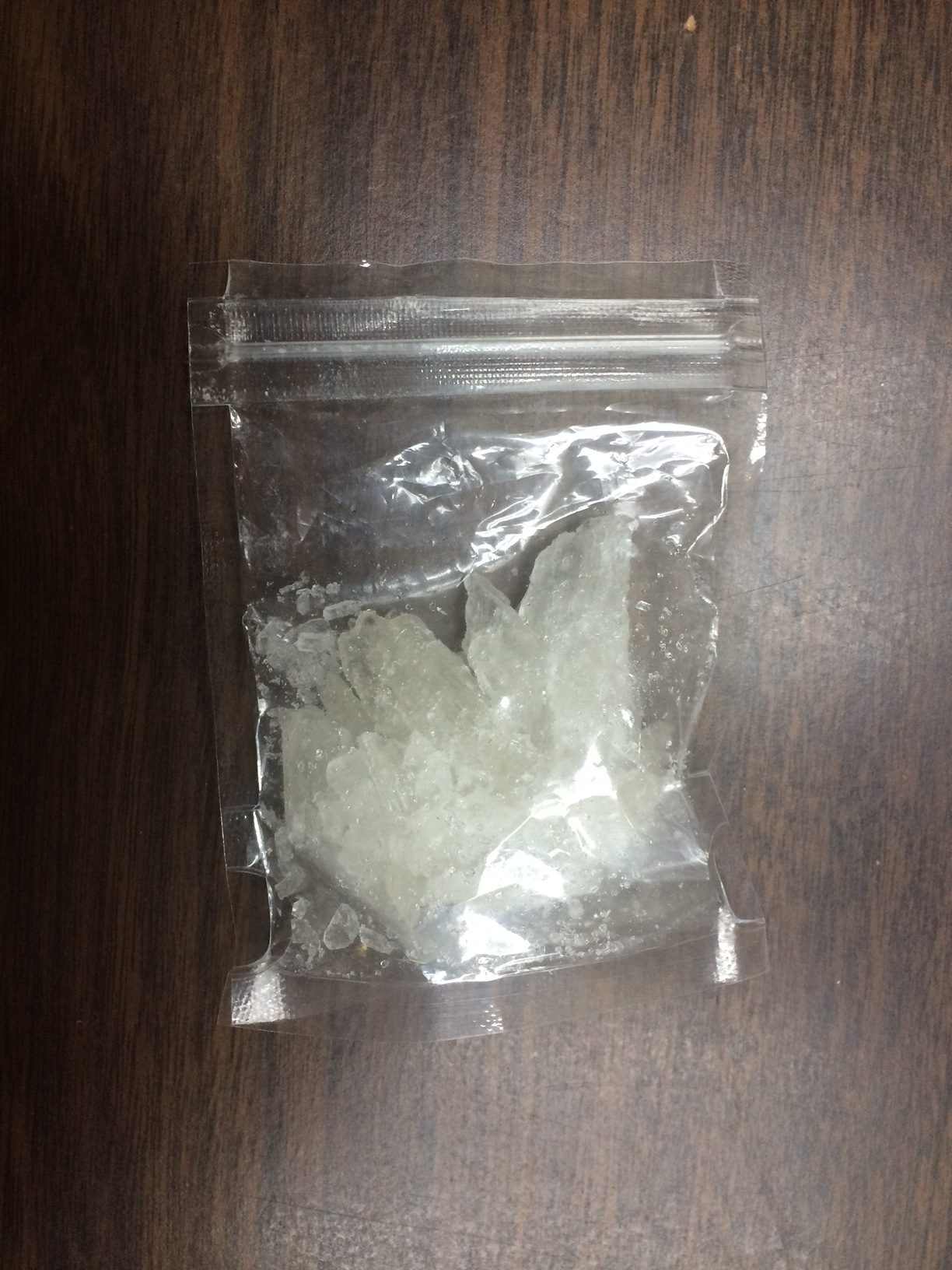 Photo by Greg Bird: Nearly 15 grams of meth were seized after a traffic stop led to the discovery of the illegal narcotics.

The driver of the vehicle, identified as Karleann N. Davis, 20, of Pine Knot, reportedly failed a field sobriety test after the stop.

U.S. Forest Service Officer Tim Grooms and his K-9 unit conducted a walk around the vehicle, with the service dog hitting several times along the side of the car.

A search of the vehicle turned up a baggie containing approximately 14.15 grams of suspected methamphetamine, as well as a SNAP benefits card in another individuals name.

Davis was also charged with OUI and various traffic violations as well as an outstanding bench warrant for failure to appear.