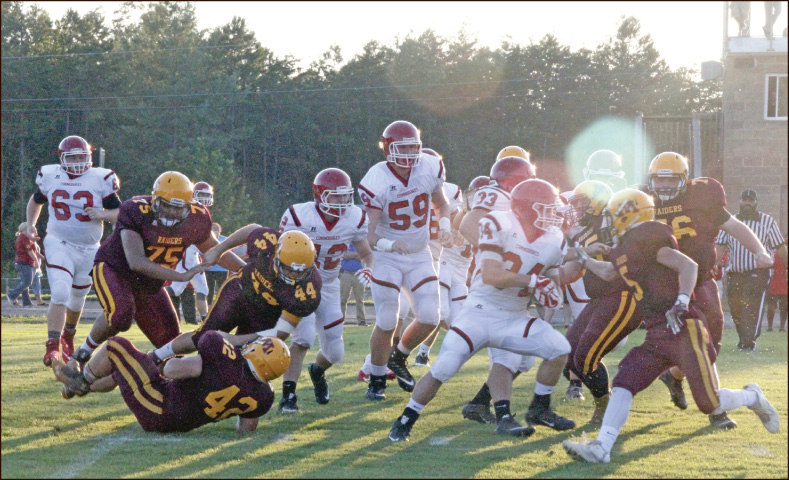 File Photo by Greg Bird
The Raiders are hoping to pick up their first win of the season Friday night when they host Clinton County. Playing a tougher schedule this year, the Raiders have played strong in their first two contests, but have yet to pull together a victory.

Despite the loss, the Aug. 19 game versus Perry County Central ranks as one of the top offensive performances in the McCreary Central football program’s history

The Lucas Ford-coached Raiders rushed for 320 yards in the season opener versus Perry County Central.

Hunter Jones and John Cash hauled in one scoring catch apiece for the Raiders. A versatile player, Hunter Jones led the Raiders in receiving, reeling in three receptions for 70 yards.

Nathan Goins notched an interception to help McCreary Central’s defensive cause in the season opener.

On the ground, Jayden Neace carried the biggest load for Perry County Central, rushing 22 times for 83 yards and two touchdowns.

McCreary Central and Perry County Central battled in one of the highest scoring high school football games in the state thus far this season.