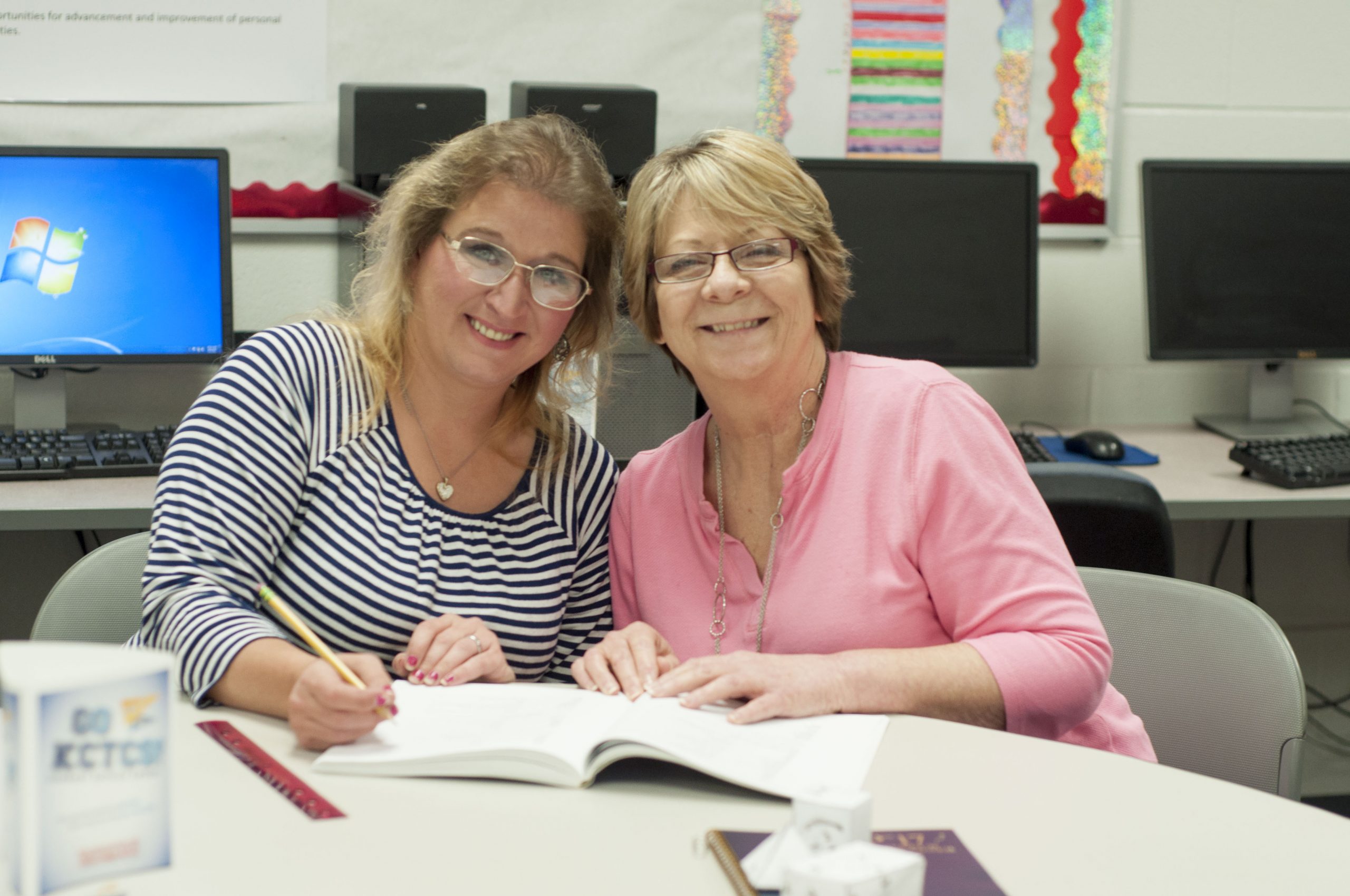 “I thought I was too old to go back to school to get my GED. Honestly, I didn’t want to do it anyway. I was pretty mad when I started the program, but I soon decided that if I was going to be forced to do it, I might as well give it my all.”

Those words, spoken by Natasha (Tasha) Perry, tell the story of her journey from high school drop-out, to adult education student, to where she is now — a college student at Somerset Community College’s (SCC) McCreary Center.

Perry, now 36, dropped out of high school to get married at age 16. Soon after, she found herself a single mother of three children, who are now 19, 17 and 15. When Perry married her husband Ray ten years ago, she decided to stay home with her children after working in sewing factories. Two years ago, though, her life changed when her husband lost his job and she was forced to sign up for a temporary benefit program called Kentucky Transitional Assistance Program, or K-TAP, in order to make ends meet.

As part of the requirements for K-TAP, Perry, a native of Stearns, said she was required to obtain employment or show evidence of furthering her education. Since she didn’t have her high school diploma, Perry said she decided to get help from McCreary County Adult Education Skills U, which is run by SCC and located in the SCC McCreary Center in Whitley City.

Not happy about her situation, Perry said she started the program with a lot of emotional stress and a negative attitude. Soon, though, she began to change her thoughts and open her eyes to the possibility of what she might accomplish.

“I really did always want to get my GED,” Perry said. “When I began to hear how others had succeeded, I decided to dig in and do it right.”

While Perry had some family members who discouraged her, she said others, including her kids and her husband, supported her decision.

“My kids and my husband were all really proud,” she said.

And Perry said she was proud of herself as well.

“I could always think of something,” Perry said. “I was too old; I wasn’t smart enough. I surprised myself.”

In April 2016, Perry obtained her GED. She began working right away, but decided that she wanted more. With the encouragement of her husband, she enrolled at SCC and is now in her second semester and doing well. Perry participates in the school’s Ready to Work program and does custodial and maintenance work at the SCC McCreary Center as part of a work-study job, which allows her to earn a wage while also staying on campus for easy access to tutoring services and her classes.

Going from a GED student to a college student wasn’t easy, Perry said, but the Adult Education Center staff made the transition better. Now, Perry plans to complete her associate’s degree at SCC and enroll in a bachelor’s program. She hopes to one-day work in forestry.

“Tasha is just one of our success stories,” said Martha Ball, assistant director of the McCreary County Adult Education Center Skills U.
Ball is herself a success story. She lost her job in 2010 and turned to the same adult education program she now leads to get additional training toward a degree. In 2011, Ball graduated from SCC and then enrolled at Lindsey Wilson College. She returned to the adult education center as an instructor after obtaining her bachelor’s degree and recently became the assistant director of the program.

“To be able to give back is so incredible for me,” Ball said. “I think I can connect well with these students because I’ve been in their shoes. Taking the next step in your educational journey as an adult is not easy, but we are here to help.”

Ball said that while the adult education center has long been known for helping people get their GED, there is actually much more to it.

The center offers the following training to any adult student. All services are free: GED tutoring and testing, Kentucky Essential Skills Certificate (KESC), a preparation program to take the WorkKeys test to earn a National Career Readiness Certificate (NCRC), Accelerated Opportunity program, a training program for those interested in enrolling in college courses while working on their GED at the same time, Job readiness courses and certificates, Tutoring services.

Ball said students like Perry often don’t realize that they inspire others and create a ripple effect with their decisions. For instance, all three of Perry’s kids are now either in the process of enrolling in college or talking about where they’d like to go, she said.

“I want to get up every morning and know there’s more to me,” Perry said. “I want to have more in life than what I’ve had in the past.”

“Our goal is for students to leave with more than what they came with,” Ball said. “I can see that in Tasha. She’s getting more out of her life.”