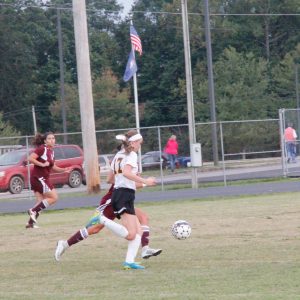 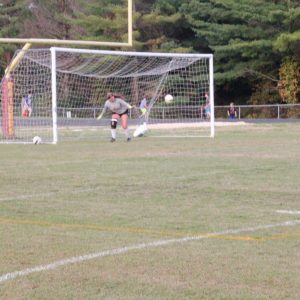 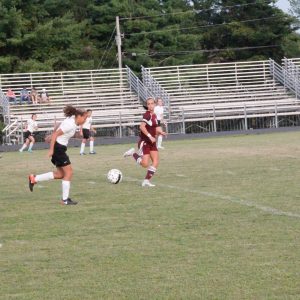 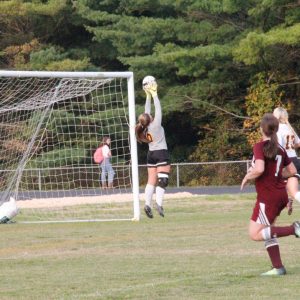 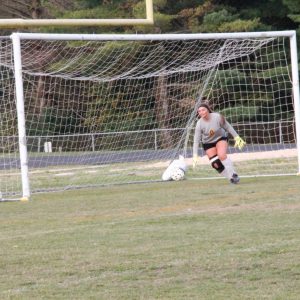 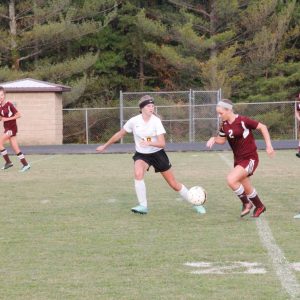 Photos by Greg Bird
The Lady Raiders are having their best season ever, already notching seven wins on the year.

“There was excellent passing and talking to each other,” Stogsdill said, following McCreary Central’s victory over Wayne County. “These are two things that we have been working on for two seasons and we finally saw and reaped the benefits of it Saturday. These ladies have come such a long way. I have been blessed to be their coach.”
Wayne County was limited offensively throughout the match. Gracie Chaplin scored Wayne County’s lone goal in the loss.