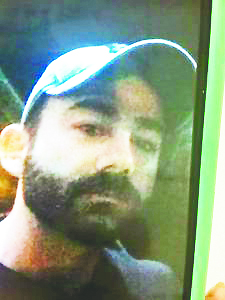 A McCreary County man who had been missing for more than two weeks was found dead Tuesday evening in a pond in Whitley County.
According to reports the body of a deceased male was found by a resident in a pond off Cox Smith Lane around 5:00 p.m. Kentucky State Police Trooper Matt Ridener responded to the scene and launched an investigation in to the discovery.
The body was sent to the State Medical Examiner’s Office in Frankfort where an autopsy is scheduled to be performed. It was later confirmed the body belonged to John T. Smith, 38, of Whitley City.
A missing persons report had been filed with the London Police Department by Smith’s wife last week after he had disappeared from the London Wal Mart on September 10.
No further details were available at press time.