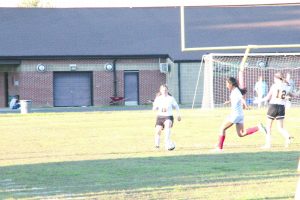 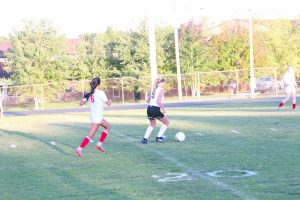 The game served as a regular-season finale for the Lady Raiders.

With the win, McCreary Central concluded its regular season 9-8.

Casey County dropped to 0-12 with the loss.

Determined McCreary Central, under the direction of head coach Jennifer Stogsdill, worked its way back into the win column after suffering back-to-back shutout losses to Garrard County and Southwestern.

Makenzie Cox and Sharlym Stephens scored one goal apiece for McCreary Central in the victory.
Aiding the McCreary Central offensive effort, Molly Phillips provided an assist on one of the Lady Raiders’ two goals.