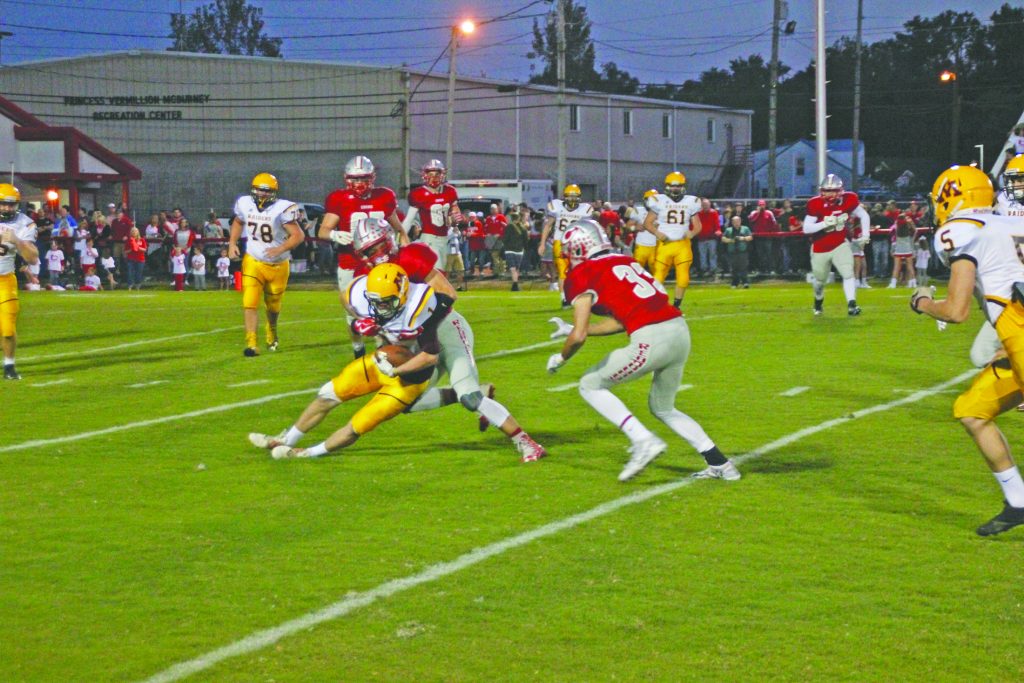 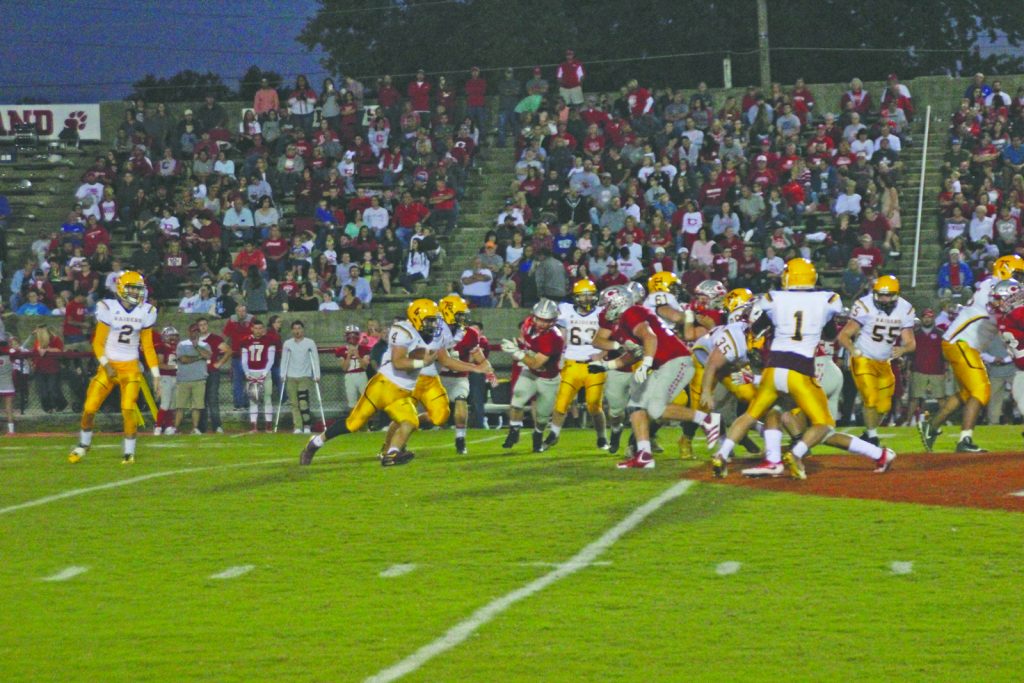 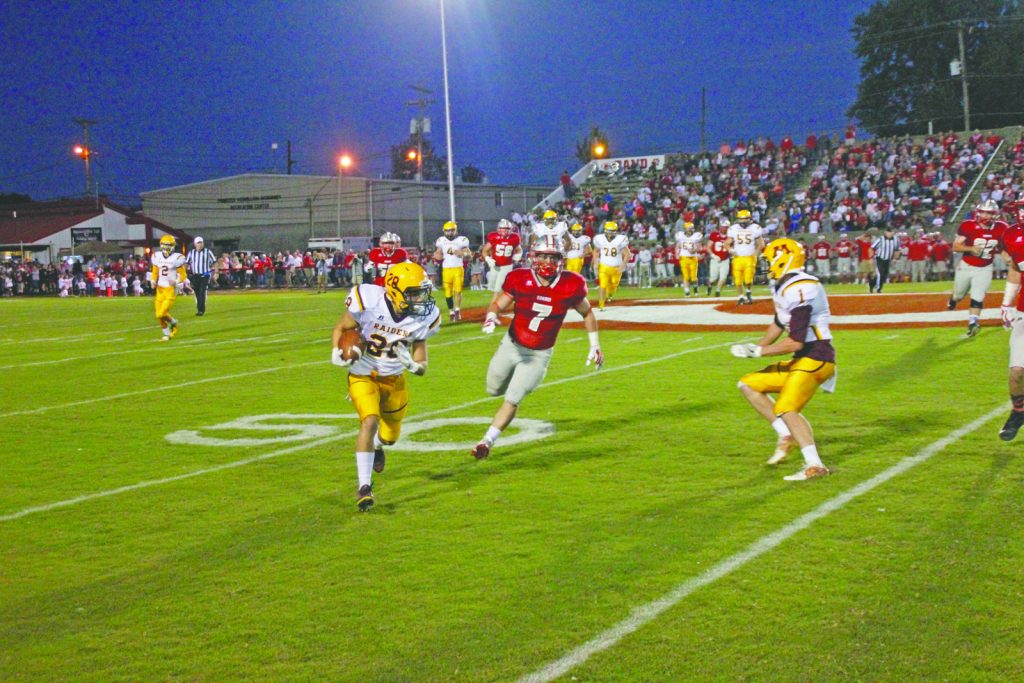 Nathan Goins fights for yardage. John Cash picks up a first down and more as he was hit after going out of bounds and Corbin was assessed a 15-yard personal foul penalty on the play. 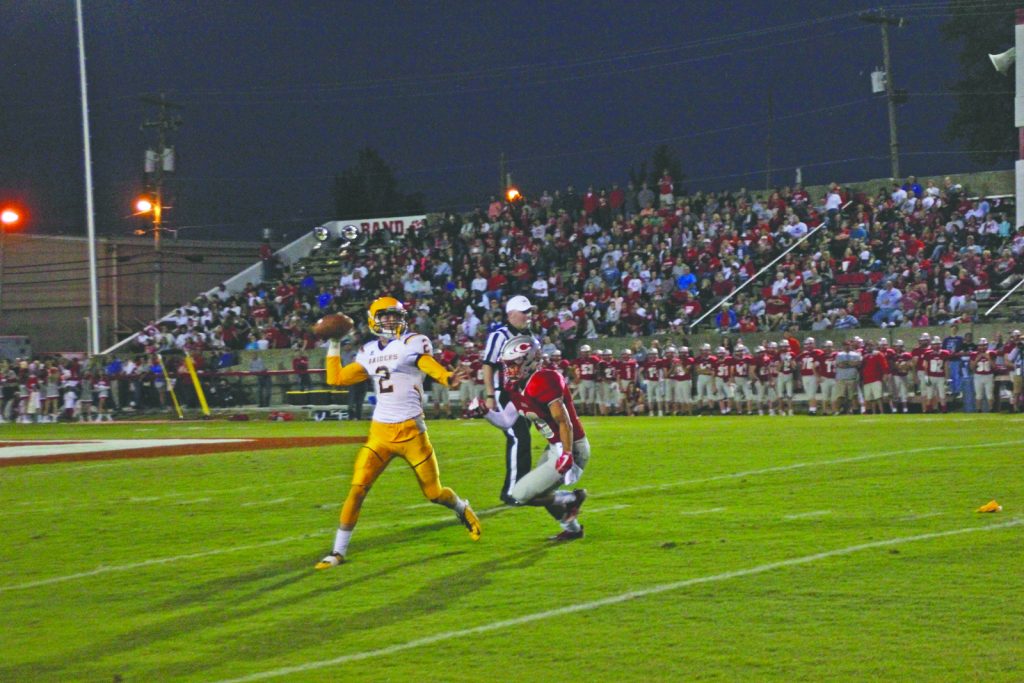 Hunter Jones looks for an open receiver under pressure from a Redhound defender.

The Raiders suffered their second straight loss. With the loss, McCreary Central dropped to 2-4 overall and 0-2 in Class 3A, District 8.

Corbin improved to 5-1 overall and 1-0 in the district with the win. The Redhounds notched their second shutout in the 2017 season.

McCreary Central was limited offensively throughout the matchup. The Raiders were held to under 100 yards of total offense.

McCreary Central was forced to play from behind in each quarter. Corbin, which has outscored its first six opponents 184-81 in the 2017 season, set the the tone early, moving ahead and gradually pulling away for the district win.

Quarterback Cameron Sizemore led Corbin to the win, completing 8-of-10 passes for 187 yards and two touchdowns. Sizemore ranks as one of the state’s top high school quarterbacks.

Christian Gosselin and Chase Estep hauled in one touchdown pass reception apiece for the Redhounds in the victory.

On the ground for preseason Class 3A favorite Corbin, Cameron Maguet and Nick Yeager rushed for two touchdowns apiece.

Both Sizemore and Dylan Massengil rushed for one touchdown as the Redhounds won convincingly.