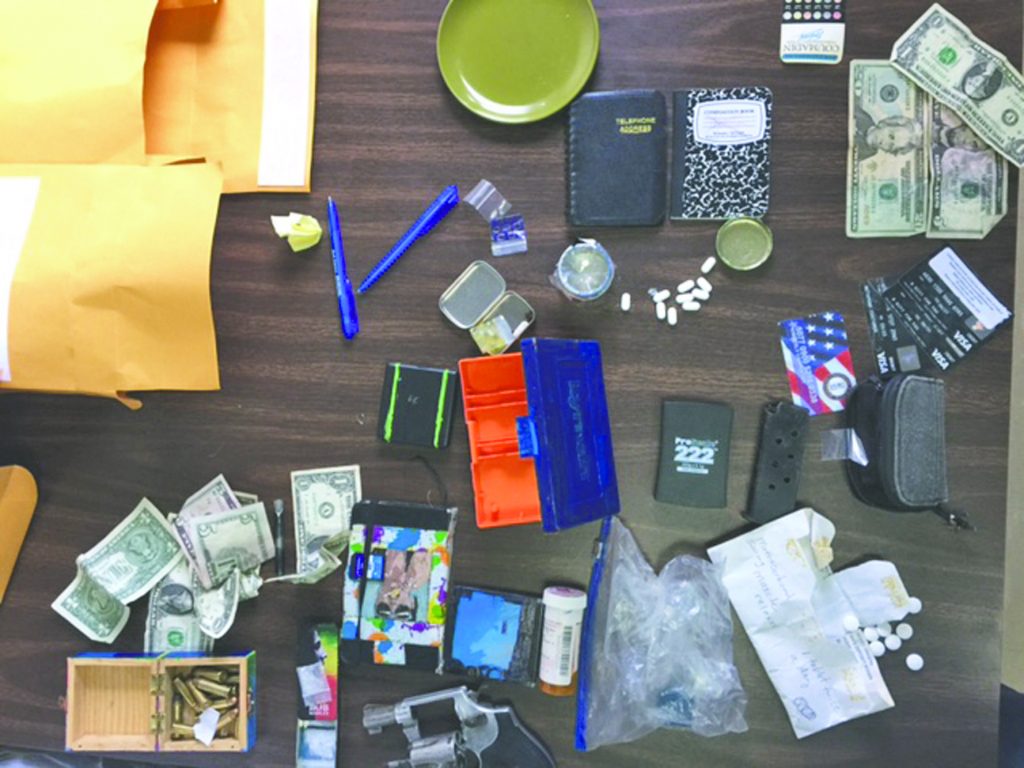 Sheriff Waters stated officers had gone to the Lower Shirt Factory Road residence in an attempt to locate a subject with an outstanding warrant.

The individual was not found at the home, but they did discover a male subject laying on a bed with a syringe next to him. After reciving consent to search the individual, officers found a small can containing baggies of what appeared to be about 2 grams of methamphetamine.

After the discovery officers secured the location until a search warrant could be obtained. Once officers made re-entry they found a handgun with the serial number filed off, several types of various pills, scales and baggies.

All five were lodged in the Leslie County Detention Center.