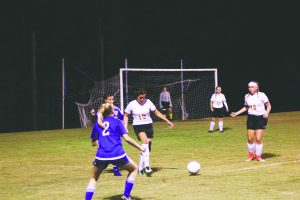 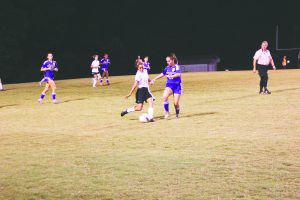 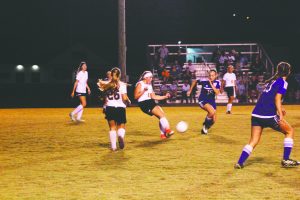 McCreary Central’s 2017 season ended in the opening round of the 47th District Girls’ Soccer Tournament as Somerset pulled away to win 10-0 on Monday.
With the loss, McCreary Central dropped to 9-9 and was eliminated from the postseason.
Somerset improved to 8-8 and advanced to the district championship match with the win.
McCreary Central was competing for the first time in exactly one week. The Lady Raiders had managed to edge district rival Casey County 2-1 in a regular-season finale on Oct. 2.
Somerset will meet longtime nemesis Pulaski County in the 47th District title match at 6 p.m. on Thursday. In the other opening round match in the 47th District Girls’ Soccer Tournament, Pulaski County shut out Casey County 10-0.