A McCreary County man was killed Wednesday morning after a three-vehicle accident at the intersection of US 27 and Highway 90. 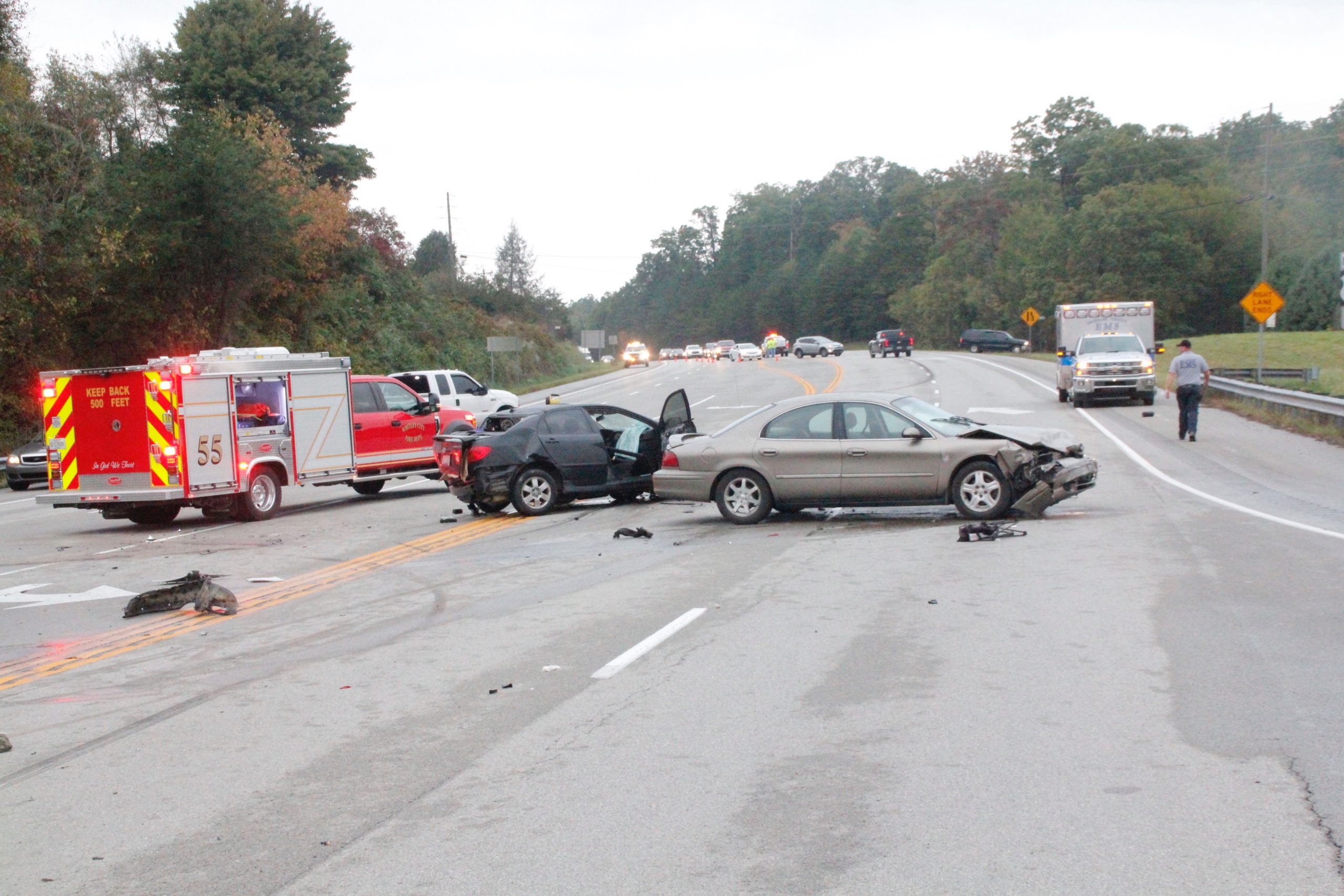 Photo by Greg Bird
One person was killed and another injured in this Wednesday morning accident at the intersection of US 27 and Hwy. 90.

According to the Kentucky State Police Ronald Jones, 48, of Pine Knot, was travelling northbound in a Dodge Neon on US 27 at approximately 6:30 a.m. when a black Toyota Corolla, driven by Samantha Morgan, 21, of Parkers Lake, attempted to make a left turn from Hwy 90 in to the path of Jones.

Moments later a gold Mercury Sable, driven by Jamie Lyons, 43, of Whitley City, also travelling northbound, came upon the accident and was unable to react in time and struck Morgan’s vehicle causing a secondary collision.

Jones, who was not wearing a seatbelt at the time of the accident, was pronounced dead at the scene by McCreary County Coroner Tim Corder.

Morgan was transported to the University of Kentucky Medical Center where she was being treated for injuries. Lyons was not injured in the accident.

US 27 was shut down for several hours following the accident as the State Police reconstructionist conducted the investigation.