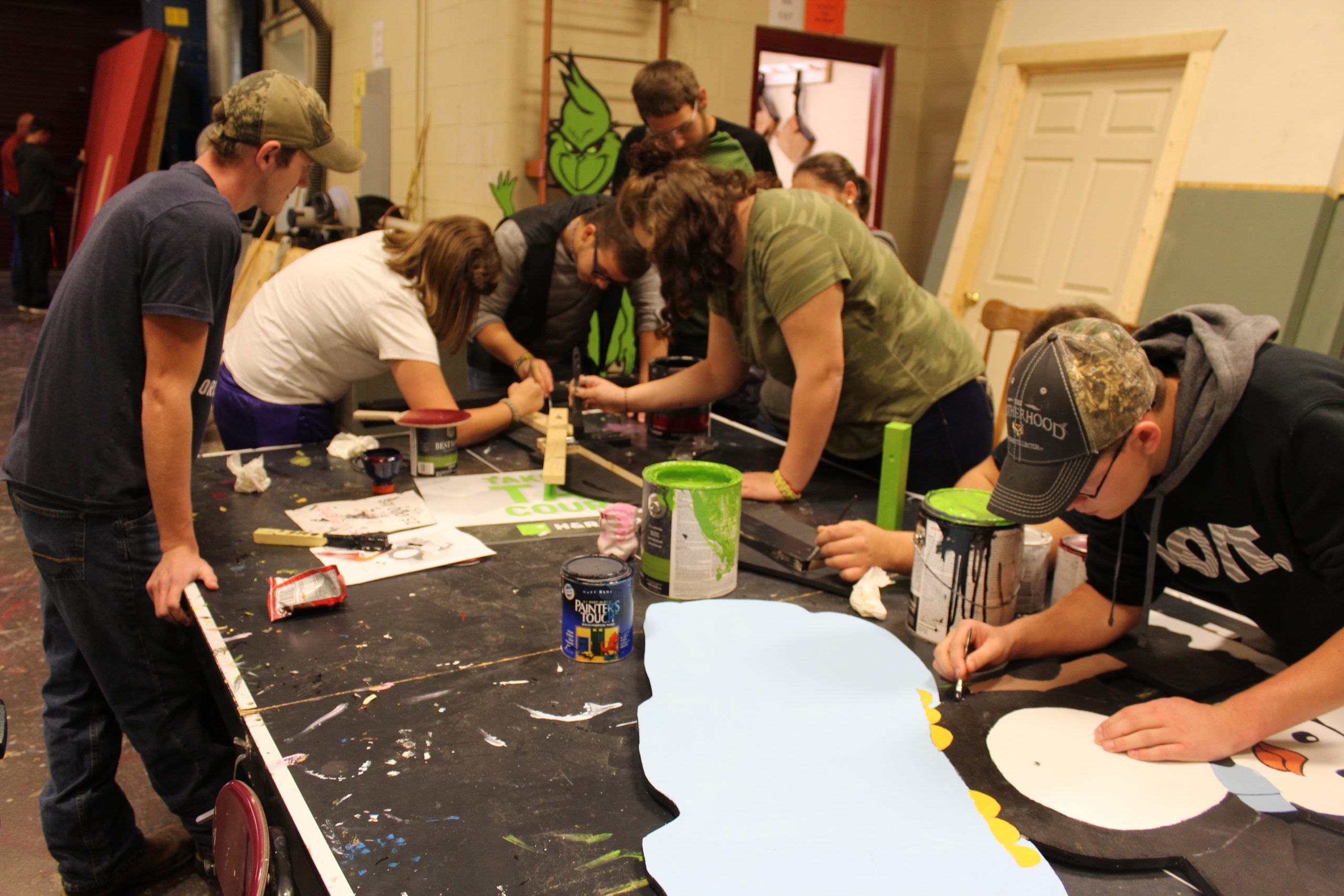 This year as Santa checks to see who’s been naughty or nice, he is sure to find the names of McCreary Central High School Construction and Carpentry students at the top of his “nice” list. Much to Santa’s delight, the students have worked diligently and enthusiastically in building North Pole set scenery for the up and coming Rail Events/Warner Brothers rail theatrical production scheduled to open later this month at the Big South Fork Scenic Railway in Stearns. Once the students have finished building the set, their version of the North Pole will be complete with Santa’s house and workshop, reindeer barn, elf houses, bakery, and post office. A North Pole clock sign is also included.

Carpentry/construction instructor Tim Freels was excited when he was approached by representatives of the McCreary County Heritage Foundation (MCHF) about letting his students build the set.

“I thought it would be great for students to get more hands-on, real life experience,” Freels explained. “We were approached about it early in the school year. We did our first thirty days learning about safety and then started the project. Everybody has been totally on board.”

With completion of the project expected to take about six weeks, the students have already worked through approximately $5,000 worth of materials purchased by the McCreary County Heritage Foundation. At the end of the Polar Express’s six week run, the Foundation will “give back” in payment for the students’ work by making monetary donations to the carpentry and drama departments at McCreary Central.

Although students have specific blueprints to follow for much of the construction, Freels is pleased the Foundation has given the students some latitude in building the elf houses.

“Letting the students have input into designing the elf houses gives them a chance to be creative,” Freels noted.

“After we watched some videos of actual Polar Express productions at other railways across the nation, the kids really got excited.”

Freels can’t remember a time with so much lumber stacked in the shop. With the two-story false front Santa’s workshop being thirty-two feet long and sixteen feet high, Freels and his students have their work “cut” out for them.

“It has been harder to build here,” Freels remarked. “We have to assemble the scenery here and then disassemble to move it to the actual production location. Managing our time for construction has been one of the hardest things because our classes are just forty-five minutes long.”

One unexpected result of the North Pole project is the positive interest shown by students school-wide.
“My students are really excited,” Freels said. “But in addition, students who are not even in the construction/carpentry classes are coming to me. They want to be a part of this.