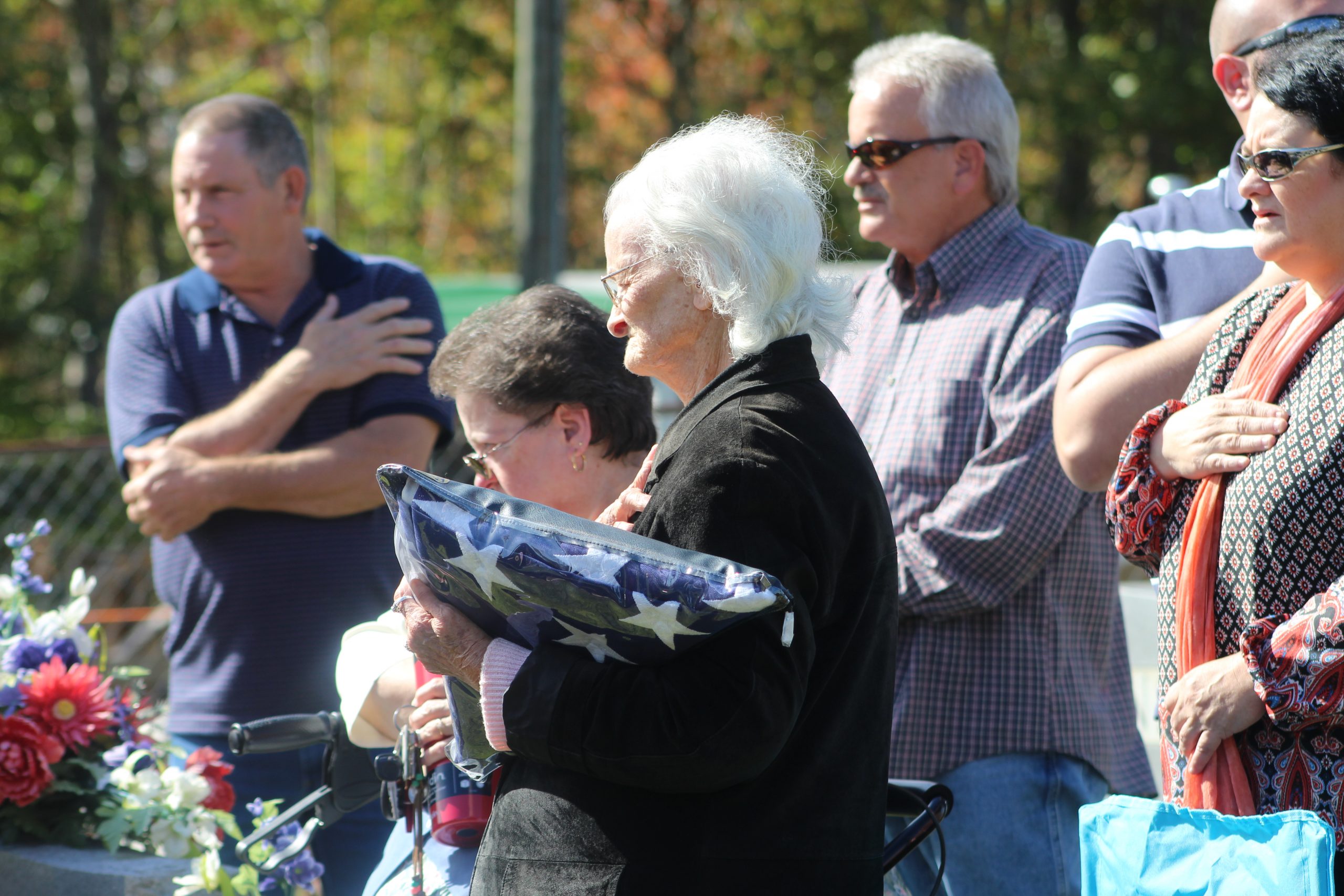 Photo by Eugenia Jones
Effie Neal, the ninety year old mother of U. S. Veteran William “Bill” Sherman Neal (1949-2013), found a sense of peace in saying farewell to her son during a recent memorial service. Effie’s son served in the United States Army as a Chemical Specialist Spec 4 during the Vietnam War era. After his discharge from the Army, Neal continued to serve his country through the National Guard as an E5, NBC Specialist. Although a native of McCreary County, Neal passed away in North Carolina, and it was his mother’s wish to attend a memorial service for him. With “The Unit” gospel singers from Hayes Creek Church singing one of Bill’s favorite songs, “Everybody Wants to Go to Heaven,” Effie received an American flag. Effie is proud of her son’s service to his country.