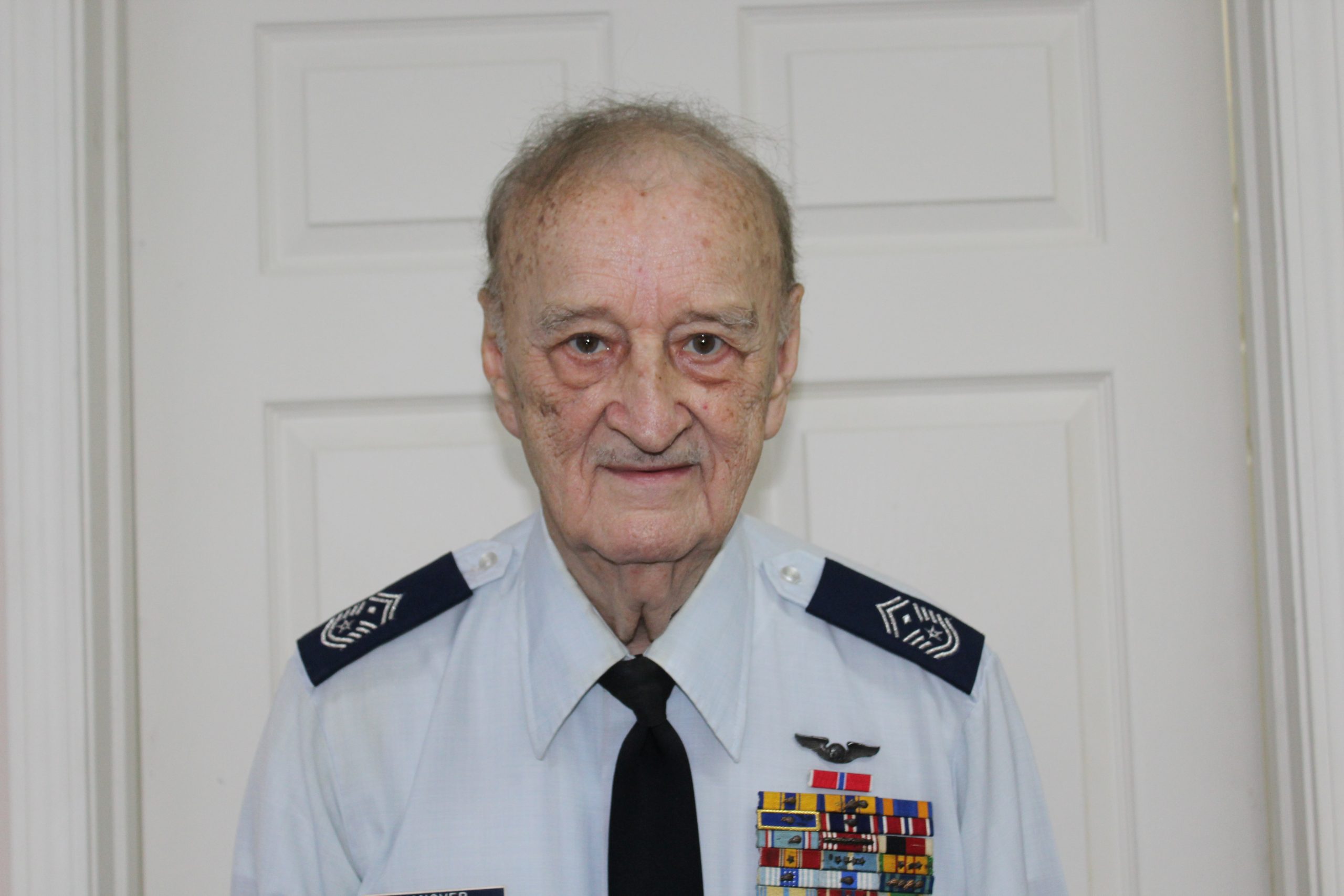 As a McCreary County native, Gilbert (Gil) L. Vanover, Jr. PhD is an interesting blend of affability, intelligence, good humor, and lifetime achievement. Born in Sawyer, KY on August 6, 1932 to sixteen year old Martha Head and Gilbert Vanover, he is, according to the late Robert Stephens’ research, “the only known person from McCreary County to be admitted to Harvard.” Despite being admitted to Harvard, Vanover chose to further his education by obtaining an Associate’s degree in theology from El Paso Community College, a Bachelor’s degree in Education from Cumberland College, two Master’s degrees (History/Political Science) from Union College and a Doctorate’s degree (Ph.D.) in History. Constantly travelling throughout his twenty-eight year military career, Vanover also attended the University of Dayton, Clemson University, University of Maryland, Pacific Western University, Pikes Peak Community College, and Western Kentucky University.

Raised by his grandparents, Vanover recalled the early years of his education in McCreary County.
“I was born in metropolitan Sawyer,” Vanover said with a chuckle. “It was just a dirt road then. The schoolhouse was just across the road from Grandma Head’s so I didn’t have to go far. I attended school there all the way through seventh grade. Then I skipped over the eighth grade when they shipped me on to the big house at McCreary High.”

Getting to McCreary High School was much more difficult than just crossing the road from his Grandmother’s house as he had done in “grade school.” Vanover described his daily trek to high school as walking two miles on a dirt road to catch a ride with one of the folks hired to haul students out to the main road. Once at the main road, Vanover boarded the school bus for his ride to Whitley City.

He reminisced about a favorite high school memory.

“Back then, there wasn’t a lunchroom at the High School so you brought your lunch in a ‘poke’ or walked up to the King Edward Restaurant,” Vanover remarked. “Usually, the ladies would take all the booths so the fellas would go over to Mr. Thompson’s store. Grandma gave me fifty cents for lunch. You could get a Grapette and a bag of Planter’s peanuts for a nickel each. That left you with enough money for a candy bar. A King Ed burger at the restaurant was fifteen cents, and a soft drink was five cents. We’d shoot pennies with remaining coins.”

Despite his love of learning, Vanover is honest in saying he preferred recess time over book time. He recalled such games as click-n-wheel, Annie Over, and softball. During high school, he tried out for basketball but failed to make the team.

“Gilbert, you need to find something else to do,” the coach remarked. “You’re not cut out for basketball.”

Taking the coach’s words to heart, Vanover turned to baseball and did well.

“I eventually became an all-star shortstop for the Air Force team at Randolph Air Force Base in Texas,” Vanover shared.

After obtaining his high school diploma, Vanover joined the Air Force in 1950 at the age of eighteen. Three years later, on Sunday, February 15, 1953 during the Korean conflict, he was shot down and injured.

“I was in a B26 bomber,” Vanover explained. “It had a six man crew. The least important man had to jump first, and as the tail gunner, I was the least important. I ended up being the only one who had to jump. The rest of the crew and the plane landed safely back at base.”

Vanover was rescued by the South African Air Force.

“I was banged up,” he recalled. “I was a boy from Sawyer, and I was accustomed to jumping from trees-not planes!”

Sent back to the States and hospitalized in Illinois for “being banged up” in Korea, Vanover underwent surgery on his knee. Since he also suffered a broken nose and other injuries, he was discharged from the military. However, Vanover was determined to finish his military career and later reenlisted at Wright-Patterson AFB. He went on to travel extensively including Southeast Asia during the Vietnam War.

With his military career behind him, Vanover returned home to McCreary County where, in his forties, he began teaching school. After teaching one year at the Middle School, he taught for fifteen years at McCreary Central High School. He looks back over his teaching career with pride and points with pride to many of his high school students who went on to become successful lawyers, doctors, educators, and business people. He fondly recalls being trained at Western Kentucky University to teach Advanced Placement History for five years at McCreary Central. During his teaching tenure, Vanover also served as Chairman of the History (Social Studies) department.

Vanover is a devoted family man. He and his wife, Ruth, celebrate their 64th wedding anniversary in November.

They are the parents of five children, including two deceased. Ruth and Gil met at McCreary High School when Gil, wearing his uniform and on military leave, came back by the high school where Ruth was a student. He recalled their first date being centered on a burger at the King Edward. After returning to duty, the two sweethearts kept in touch through frequent letters before eventually marrying.

Vanover has stayed active throughout his life. Now, at the age of eighty-five, he can lay claim to many accomplishments. With his Ph.D. in history, he has written at least four books, including “The Course of the American Military in the Pacific from Pearl Harbor to Saigon” and “My Tour in Korea.” He is a Shriner, Master Mason, Kentucky Colonel, former Sr. Vice-Commander of the Veterans of Foreign Wars, former president of the Lions Club, and a member of the American Historians, McCreary County Hall of Fame, and American Legion. He is also listed in Who’s Who in Education.

It is clear that Vanover values his McCreary County roots and points to a well-known McCreary Countian from Sawyer as one of his heroes.

“The late Oscar Hamilton was one of my biggest heroes,” Vanover declared. “We grew up and went to grade school together. Oscar never got beyond the eighth grade, but he could do anything. He was a mechanic, an electrician, a woodworker, a farmer-he was all around one of my greatest heroes.”

Vanover loves sports and politics and is a huge Cubs fan. Willie, his adopted stray dog, clearly chose Vanover to be his master.

During his lifetime, Vanover has witnessed many changes in society. He willingly offered some of his observations and thoughtful bits of wisdom.

“Don’t ever give up,” he advised. “Stand when the national anthem is being played. Protesting is not real-it is done to get attention. Protesting is similar to resolutions from the United Nations and on New Year’s Day. They don’t mean a thing because there is no follow up.”

Known for his quick wit and ability to pull a good natured prank, Vanover couldn’t resist giving one last bit of advice.

“People take life too serious,” he warned. “Be yourself. Don’t take it all too serious.”