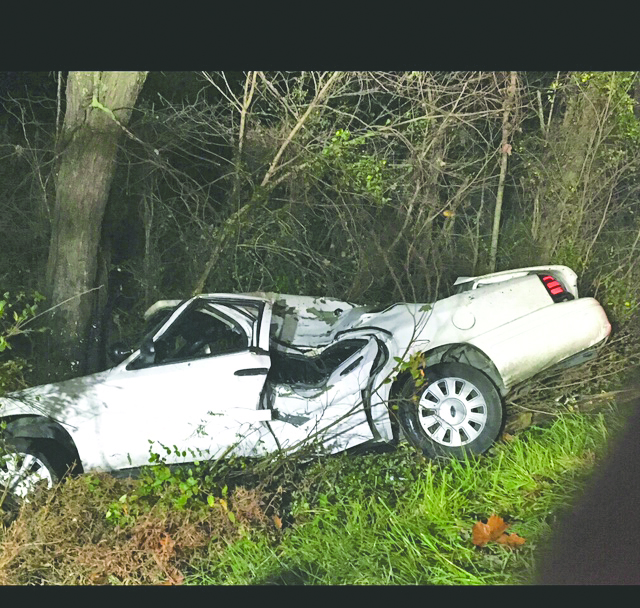 A McCreary County Transport Officer was injured when his transport vehicle went over an embankment on East Highway 92 near Osborne Creek Road late Wednesday night.

Mike Sumner, 29, was reportedly returning from a transport of a prisoner to Leslie County when he apparently lost control of his Crown Victoria, a County owned transport vehicle, around 11:56 p.m.

Following the accident Sumner was able to exit the vehicle under his own power and complained of shoulder pain.

He was transported by McCreary County EMS to Corbin Hospital where he was treated and released.

Judge Executive Doug Stephens stated the County is waiting for the full accident report (the report was not available as of press time) and will review the incident. He further said the County has possession of the wrecked vehicle and retrieved the GPS recorder from the unit that records telemetry data such as location and vehicle speed.