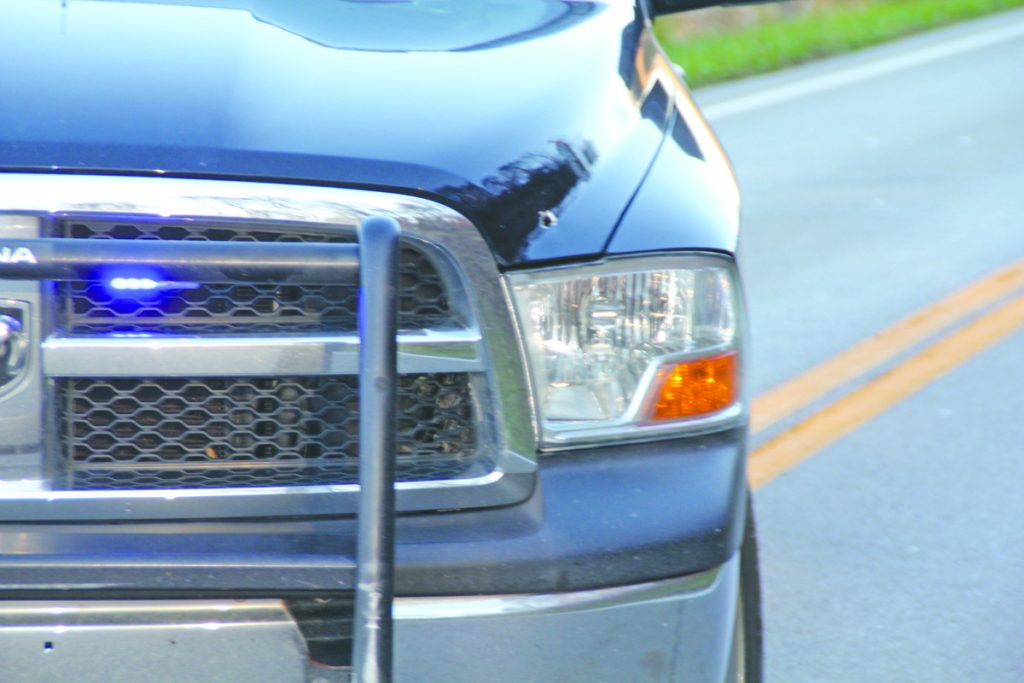 Photo by Greg Bird A Williamsburg Police cruiser was shot at least three times, once in the center of the windshield as officers were pursuing a suspect along Highway 92 Tuesday afternoon. 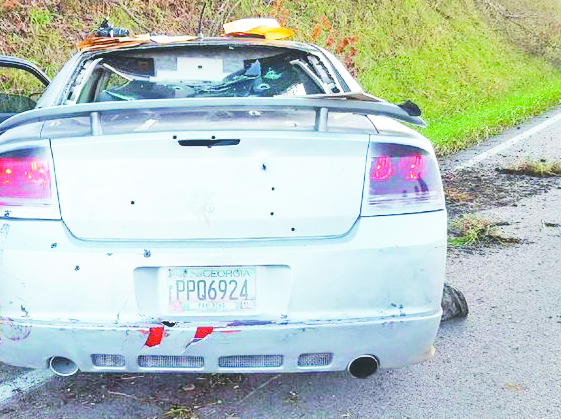 The suspect, identified as Thomas E. Reynolds III, 28, of Apopka, Florida, fled from officers during a lengthy chase and at one point opened fire from his vehicle at the pursuing police.

Officers from at least six agencies participated in the wild ride, which ended about 40 minutes after it began.

Police say the incident began as they attempted to make a traffic stop on the vehicle driven by Reynolds around 3:00 p.m. on East Highway 92 near Williamsburg. The vehicle reportedly did initially stop at first, but sped off as officers approached.

It is believed the vehicle Reynolds was driving was stolen, as well as the plates on the vehicle.

Reynolds reportedly fled on I75 northward toward Corbin, where he exited the highway, only to circle back and head southbound to near where the chase started.

The pursuit continued to Williamsburg where Reynolds again left the interstate and headed westbound on Highway 92.

Police deployed spike strips near the Kentucky Splash Water Park in an attempt to stop Reynolds’ vehicle, which flattened both front tires, but the subject still refused to surrender and continued speeding westward toward McCreary County.

At some point after his tires were destroyed Reynolds began to fire a handgun from his vehicle at pursuing officers, striking a Williamsburg Police vehicle at least three times, once through the front windshield and twice in the front grill.

Police returned fire at that point, reportedly striking Reynolds at least once.

Despite the two flattened tires the fugitive continued traveling westbound at a high rate of speed with several police units in pursuit.

McCreary County Sheriff Randy Waters, along with Deputies Tom Smith, Dustin Ridner and Cody Stephens were poised to initiate a roadblock just across the county line, but Reynolds’ vehicle spun out less than 100 yards from the county line. The suspect was taken in to custody without incident at that time.

The suspect suffered non-threatening injuries from the incident and was transported to the Corbin Baptist Hospital, and later airlifted to the University of Kentucky Medical Center where he was treated and later released in to custody.

Reynolds was lodged in the Whitley County Detention Center under charges of fleeing/evading police, reckless driving, speeding and OUI.

Additional charges may be pending as the investigation is being conducted by the Kentucky State Police.

Later that evening a supposed associate of Reynolds was arrested in McCreary County at a local hotel. Tiffany M.

Andro, 24, of Paisley, Florida, was arrested and charged with one count of receiving stolen property.

She was lodged in the Leslie County Detention Center.