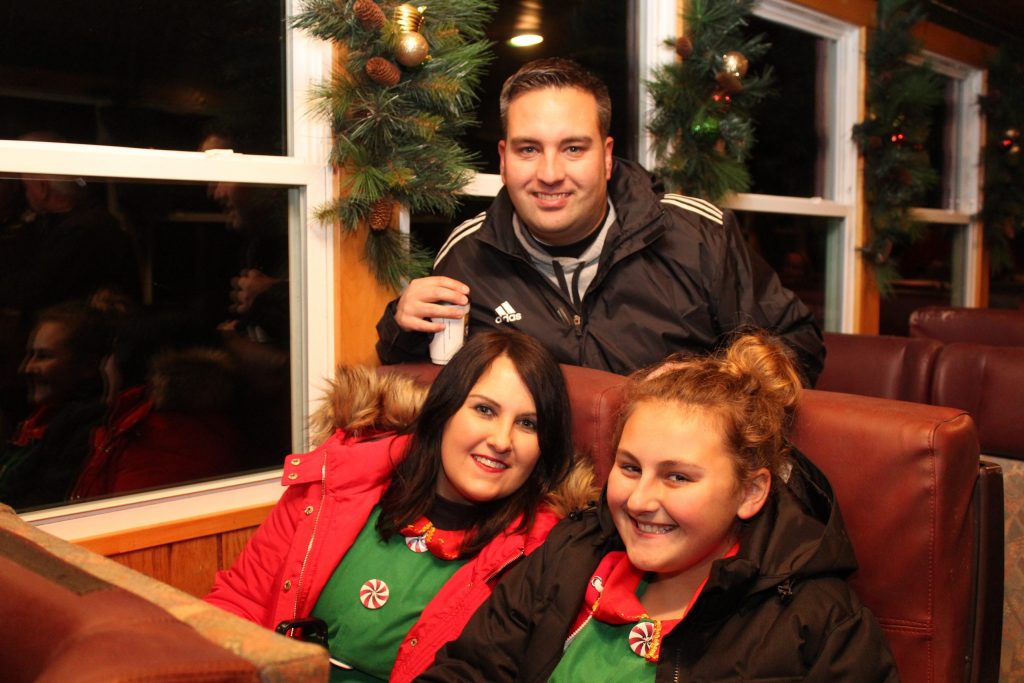 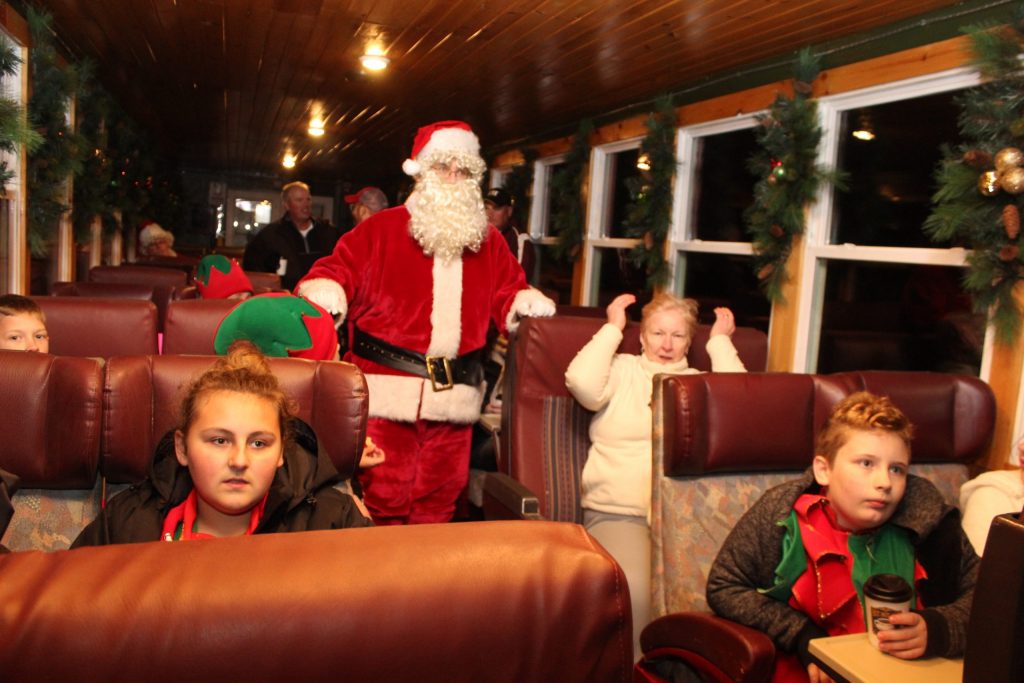 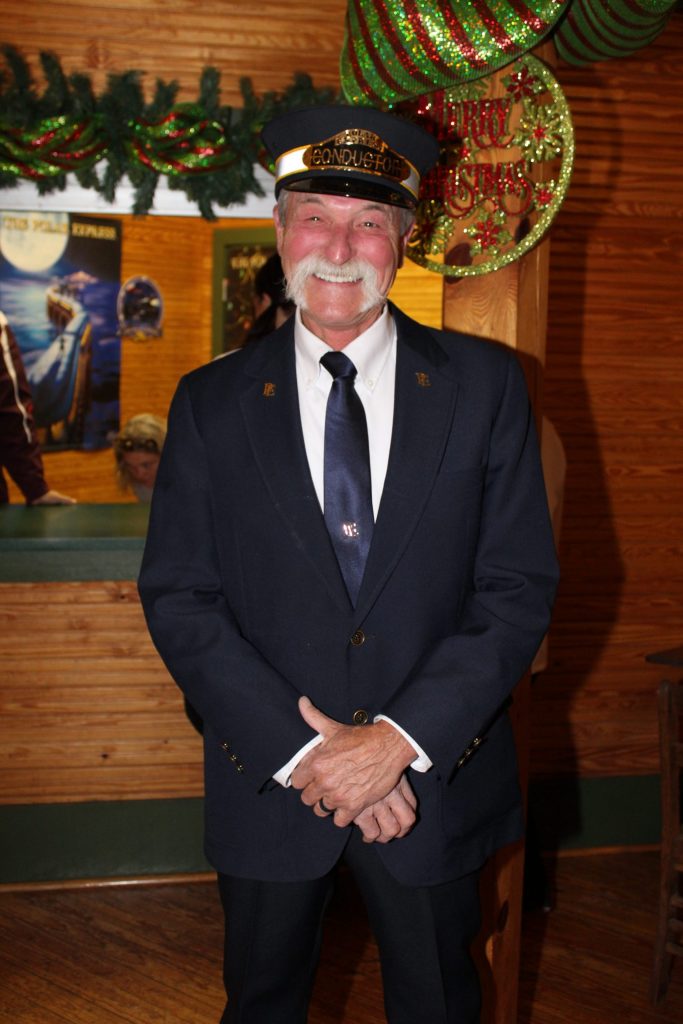 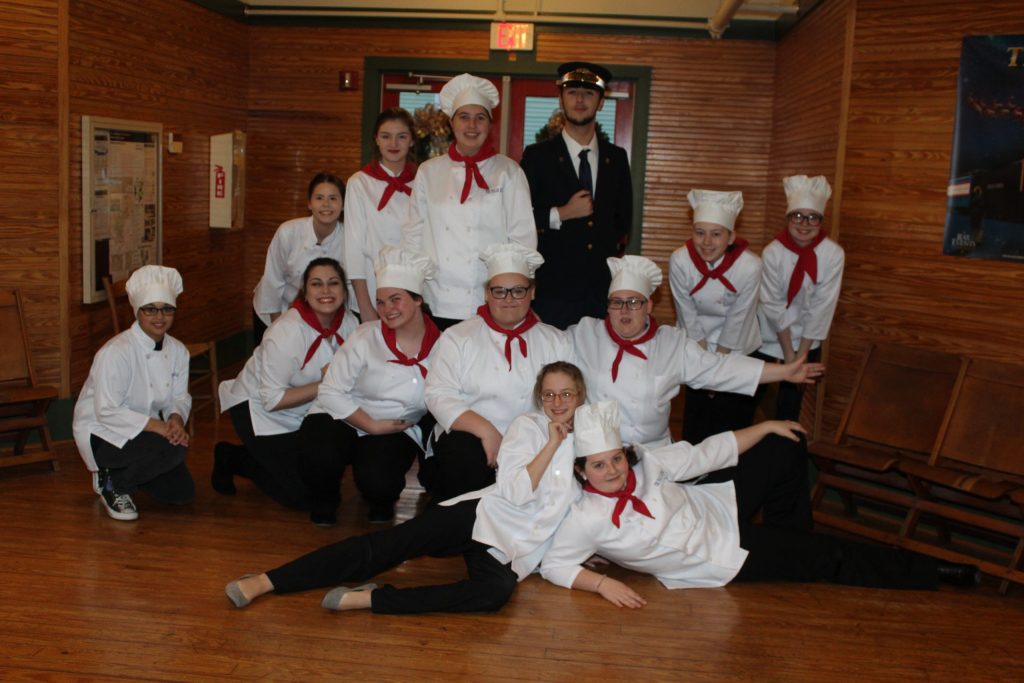 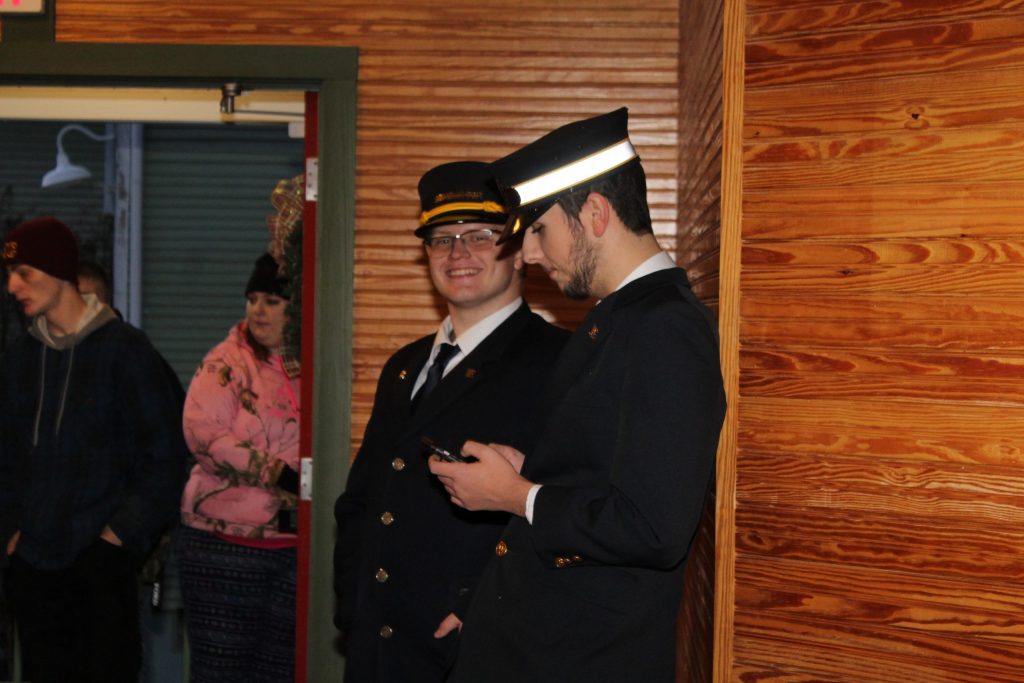 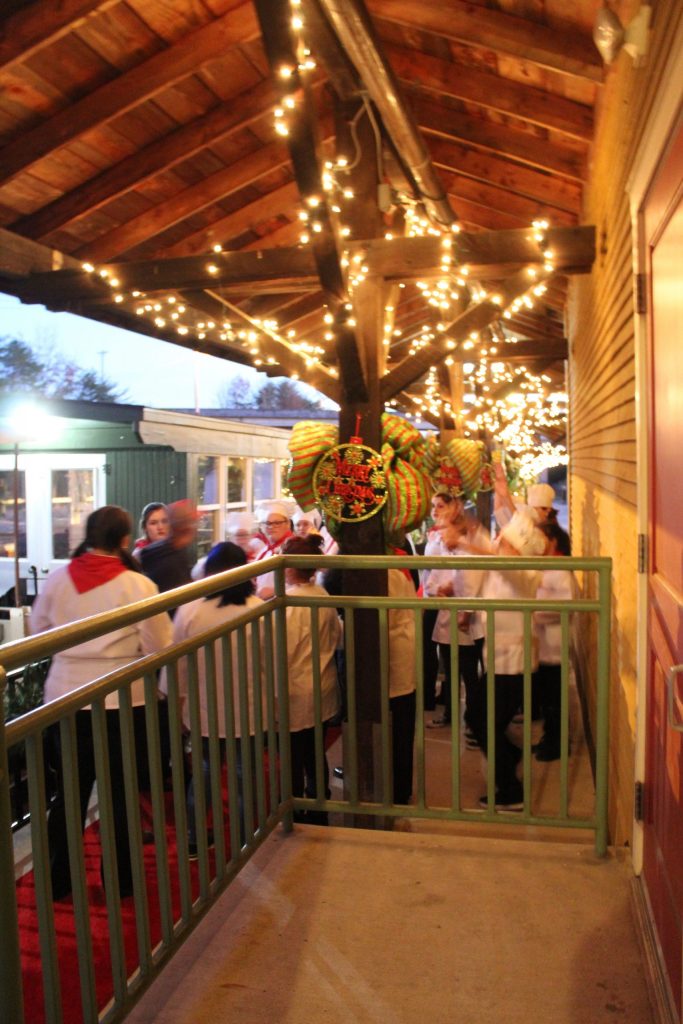 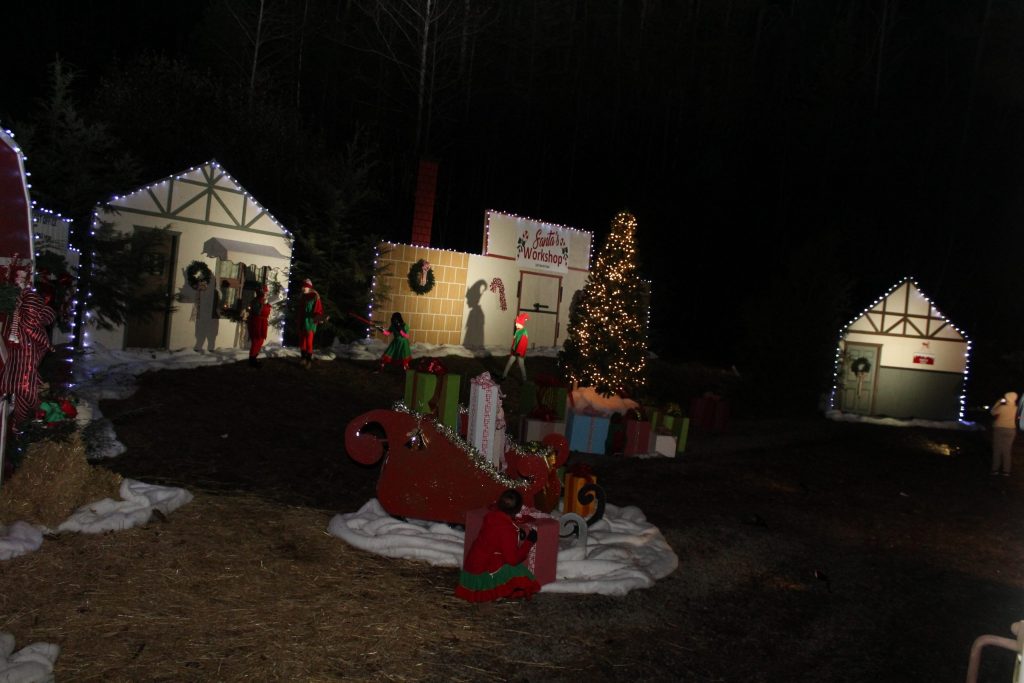 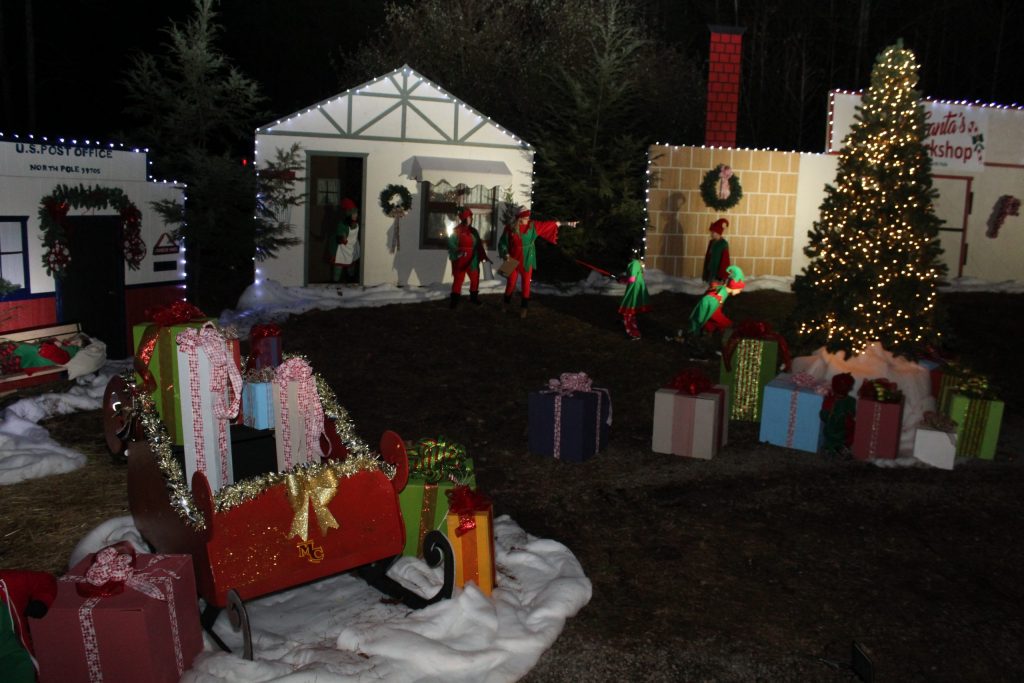 Photos by Eugenia Jones
McCreary County’s very first Polar Express made its debut run to the North Pole during the Big South Fork Scenic Railway’s (BSFSRY) first dress rehearsal of the production on Monday night. The Polar Express is a Rail Events/Warner Brothers production with the BSFSRY in Stearns as the only official site in Kentucky to host the event. With the Polar Express opening to the public this Friday, thousands of riders are expected to board the train for a journey to the North Pole during the production’s 2017 season. This is the first time the BSFSRY has hosted the event. Local volunteers, including many high school students, are performing in the production. For more information on times and ticket availability go to https://bsfsry.com.

Since they, along with instructor Tim Freels, were responsible for constructing and erecting the elaborate North Pole scenery, members of the high school carpentry class were among the first to ride the Polar Express train and enjoy its festive performance. The students worked tirelessly for several weeks to build a North Pole scene complete with reindeer barn, Santa’s workshop, Post Office, bakery, elf huts, and sleigh. Local high school students and residents are volunteering as performers in the production.