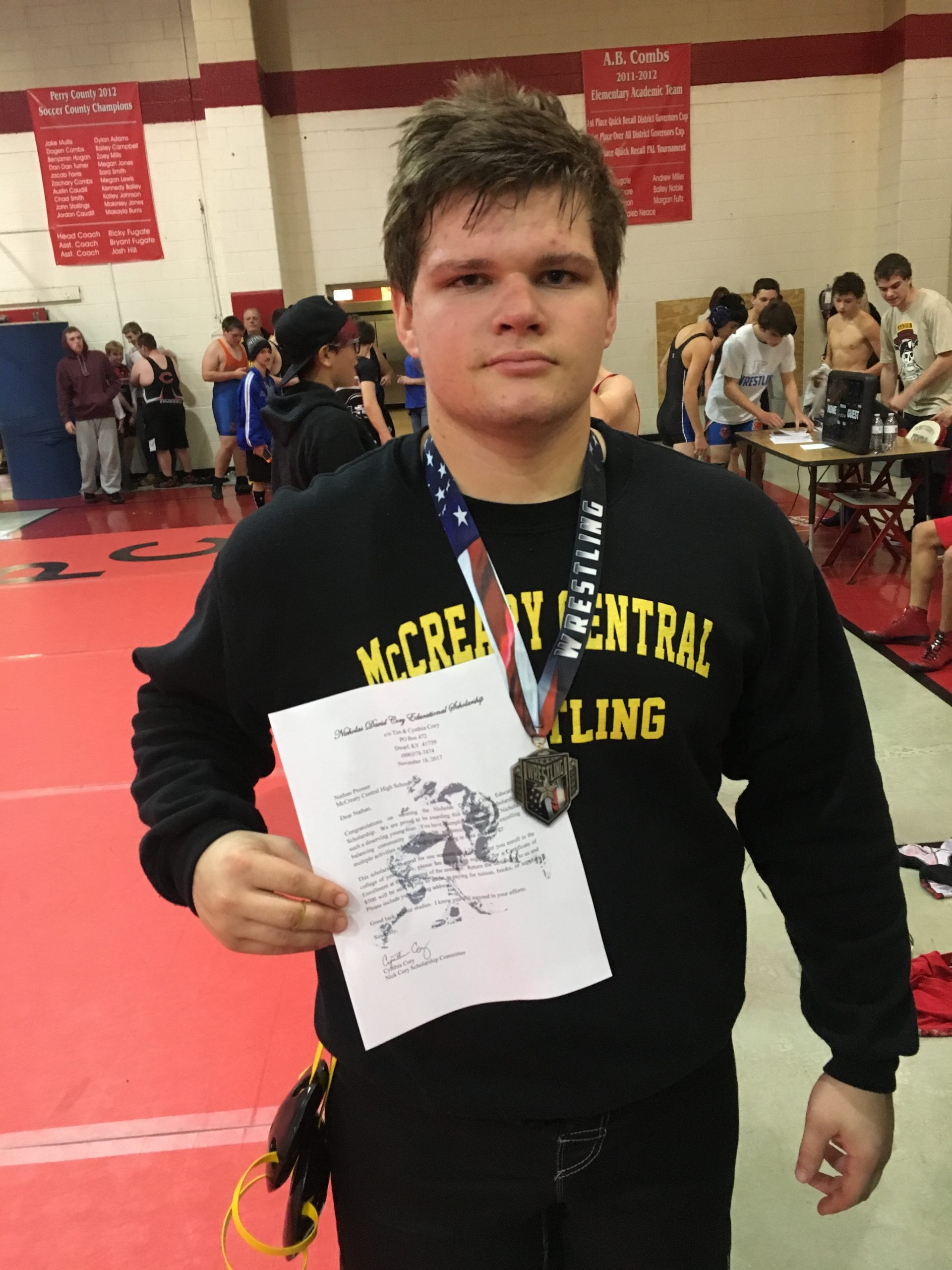 HAZARD – McCreary Central wrestler Nathan Prosser was the winner of the $500 scholarship from the Nick Cory Takedown Tournament at Perry County Central High School on Saturday.

The award was available to any senior competing in the event.

“Nathan had to write an essay and submit it in order to win,” noted McCreary Central Coach Gary Parriman. “He wrote a nice paper and won the scholarship.”

Prosser has made a smooth transition to wrestling after excelling throughout the 2017 football season. He ranked second defensively for the Raiders on the gridiron during the 2017 season, recording 60 total tackles. Prosser finished second in the 220 pound weight class at the Perry County Central-hosted high school wrestling tournament held over the weekend.