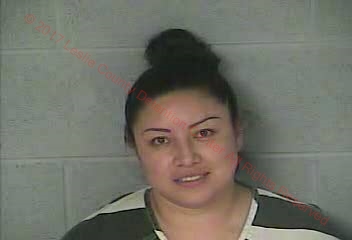 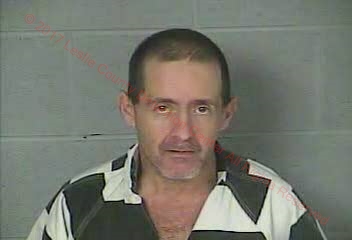 The arrests follow an investigation from evidence recovered in a November 6 raid at a residence on Rutherford Road in Strunk – bringing the total arrests in the case to four.

Harold King, 46, and Hilda Hipolito Gonzaga, 34, both of Strunk, were served with warrants Monday, alleging they were involved in the illegal drug trafficking activities uncovered during the raid at their residence.

On that date the McCreary County Sheriff’s Department, along with other law enforcement agencies, obtained a search warrant for a home on Rutherford Road and discovered 18.9 grams of suspected methamphetamine, 14.8 grams of suspected cocaine and several pills. Additionally, several hundred baggies, scales, more than $3,000 in cash and other drug paraphernalia were seized.

Pablo Eduardo Hipolito Gonzaga, 38, was arrested at the scene on November 6 and charged with three counts of trafficking in a controlled substance, possession of marijuana and possession of drug paraphernalia.

Last week Gonzaga reached an agreement with prosecutors and entered a guilty plea to an amended charge of trafficking in a controlled substance third degree. As a result of the plea arrangement Gonzaga forfeited the cash and several vehicles seized in the operation to the Sheriff. Additionally, the Court document stipulates he return to Mexico, his apparent native country. Agents from the United States Immigration and Customs Enforcement took custody of Gonzaga from the Leslie County Detention Center last week to facilitate the deportation process and he is currently being held in a facility in Boone County

Gonzaga’s wife, Jacklyn R. Gonzaga, 28, was arrested on November 17 on a bench warrant for three counts of trafficking in a controlled substance.

Deputy Alex Jones obtained the latest warrants, which states King and Gonzaga were in possession of over 14 grams of cocaine, 19 grams of methamphetamine and pills – with the intent to distribute.

They both were charged with three counts of trafficking in a controlled Substance 1st degree. Gonzaga was also charged with tampering with physical evidence after it was discovered she attempted to hide the narcotics in an infant’s car seat on the afternoon of the first raid.