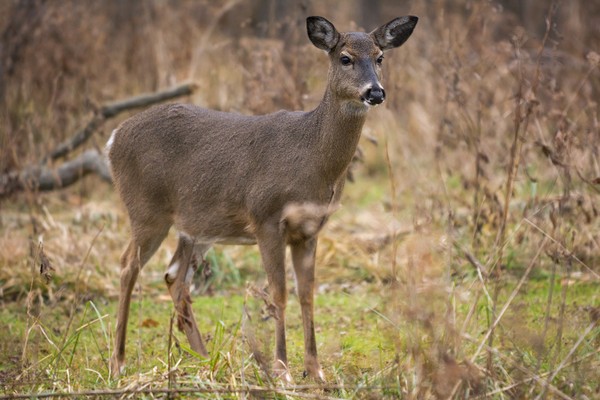 A Stearns man faces a long list of charges after reportedly fleeing from a Park Service Ranger after illegally killing a deer without a license and leaving his 11-year-old son in the woods.

According to the complaint warrant obtained by Kentucky Fish and Wildlife Officer Chris King, Park Ranger Raymond Little was on patrol on the Dick Gap Road in the Big South Fork National River and Recreation area around 4:00 p.m. on November 11 when he observed a vehicle on the road with the window down.

As he approached the vehicle he heard a noise of someone running in the woods and investigated, finding an 11-year-old boy with a fully field- dressed female deer. The woman in the vehicle stated the boy was her great-grandson, and his father, identified as Dustin Eldridge and her grandson, William Gibson, had taken the boy hunting.

As neither man had a hunting license, and both were convicted felons, they had reportedly fled from the officer when he appeared. Eldridge also had three outstanding warrants against him at the time of the incident.

Sergeant King had obtained a warrant against Eldridge for several charges, including obstruction, hunting without a license, illegal harvesting of a deer, unlawful transaction with a minor, endangering the welfare of a minor and possession of a firearm by a convicted felon.

On December 1 McCreary County Sheriff’s Deputy Derek Dennis and Constable Bill Hayes located Eldridge at a residence on Beach Grove Road. Constable Hayes spoke to Eldridge, who gave a false name and took off running in to the woods. After a short pursuit Eldridge was tased before falling and finally surrendering to officers.

He was arrested on the complaint warrant, outstanding warrants for non-payment of fines and contempt.

He is lodged in the Leslie County Detention Center.