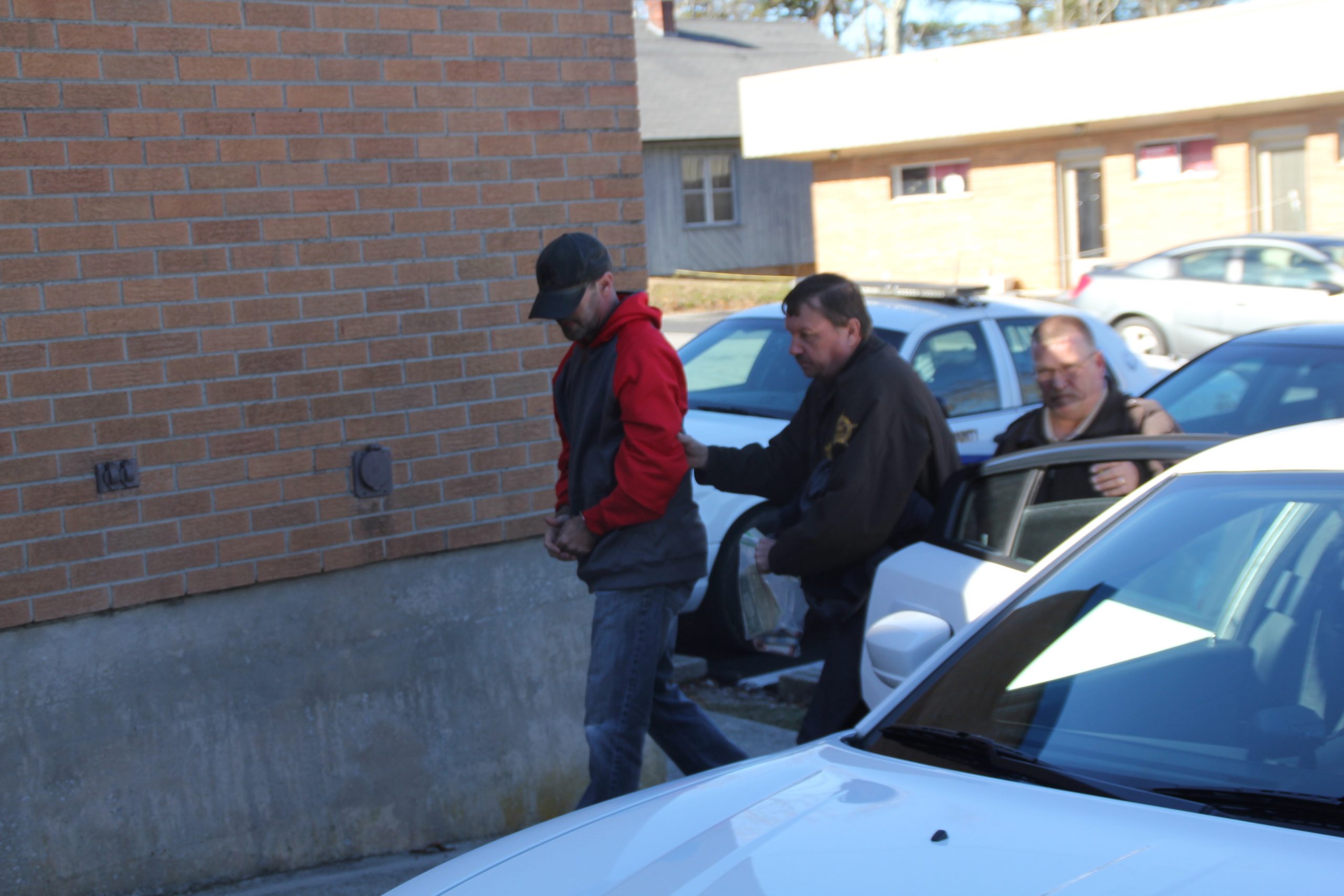 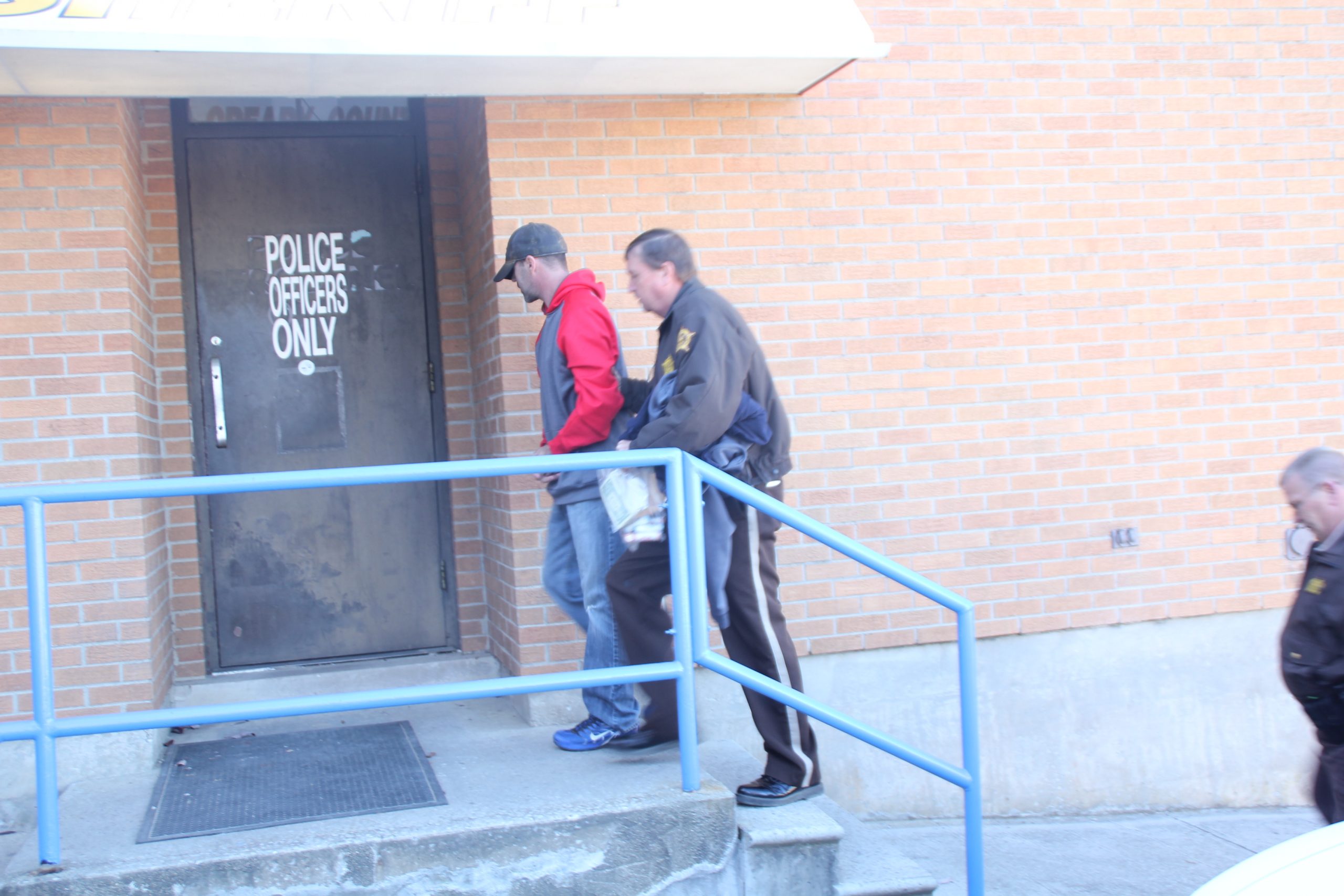 Photo by Greg Bird Sheriff Randy Waters takes Noble Tucker in to custody Wednesday afternoon after an investigation in to a burglary at Huddle House. 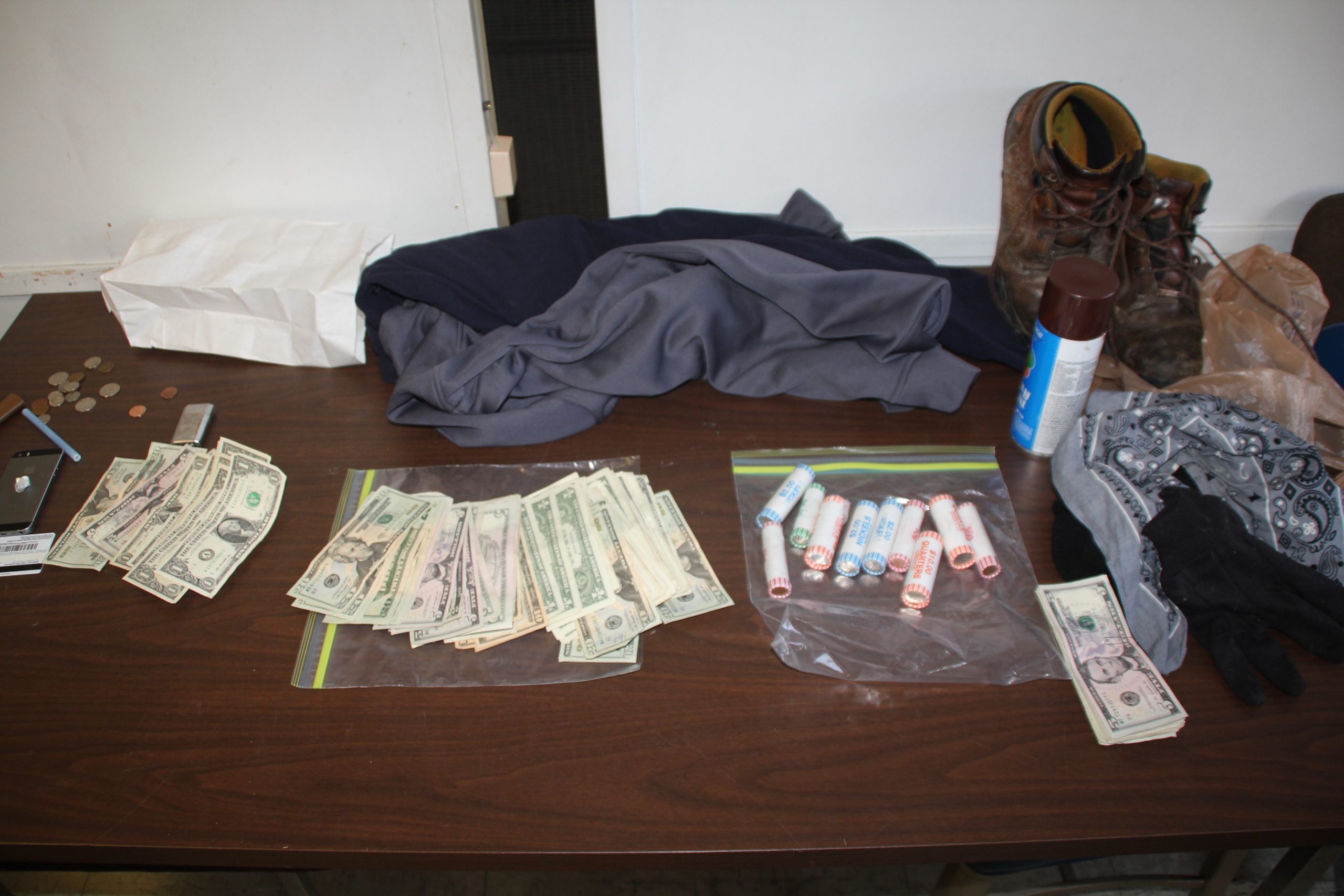 Sheriff Randy Waters and Chief Deputy Tom Smith made an arrest Wednesday in an early morning break-in at the Huddle House restaurant in Whitley City.

Noble S. Tucker, 36, of Whitley City, was charged with burglary, criminal mischief, theft by unlawful taking and an outstanding warrant for contempt around 1:00 Wednesday afternoon after allegedly taking more than $300 from the safe of the eatery after closing time.

Sheriff Waters stated he began an investigation Wednesday morning after employees of the restaurant noticed money missing from the safe as the opened for business.

The officers reviewed security camera footage from the scene and observed a subject wearing a mask and gloves enter the store through the back door around 1:00 a.m. The subject, reportedly an employee of the business, apparently left the back door unlocked as it closed Tuesday night, as there was no signs of forced entry into the building. The suspect used spray paint to cover some, but not all, of the security cameras. That detail led officers to identifying the culprit.

As officers were interviewing employees who were on duty the night before they noticed one subject, Tucker, wearing the same type of work boots that were spotted on the camera footage recovered from the scene.

Further questioning of Tucker led to his confession of the crime, a recovery of the stolen money and his arrest.
Tucker was to be lodged in the Leslie County Detention Center.