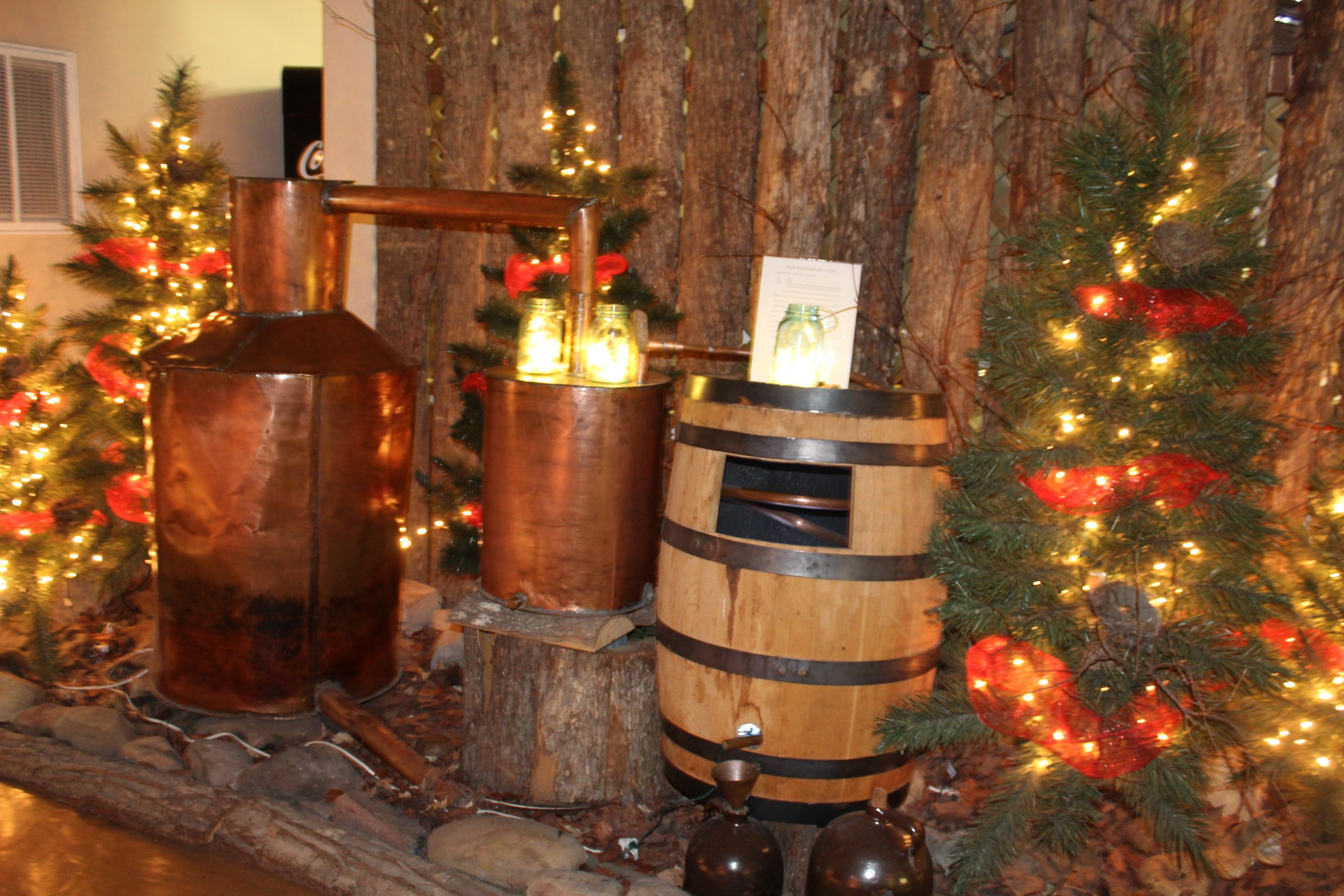 A clue aired during a recent episode of this game show included a
photograph of an exhibit in the McCreary County Museum.

Game Show Host (as a photograph of a moonshine still is viewed): “A still is seen here in the McCreary County Museum in this state perhaps most associated with moonshining.”

Game Show Contestant: “What is Kentucky?”

That’s what happened when a still photograph of the moonshine still exhibit at the McCreary County Museum became part of the answer to the correct question on the nationally syndicated game show “Jeopardy!” hosted by Alex Trebek and created by Merv Griffin. The quiz type game show reveals correct answers while contestants and viewers must come up with the correct corresponding questions.

McCreary County Museum Curator, Shane Gilreath, was surprised when he was contacted by “Jeopardy!”

approximately eight months ago asking permission to use a photograph the show had obtained of the still. Gilreath naturally gave permission.

“It’s always good to have positive national attention for anything we do, but particularly in our industry,” Gilreath remarked. “The more people know about us, the better we can do our jobs by bringing people to our area and fostering the growth of tourism. It’s a particular honor to have our museum be a catalyst to bring people to Stearns and McCreary County.”