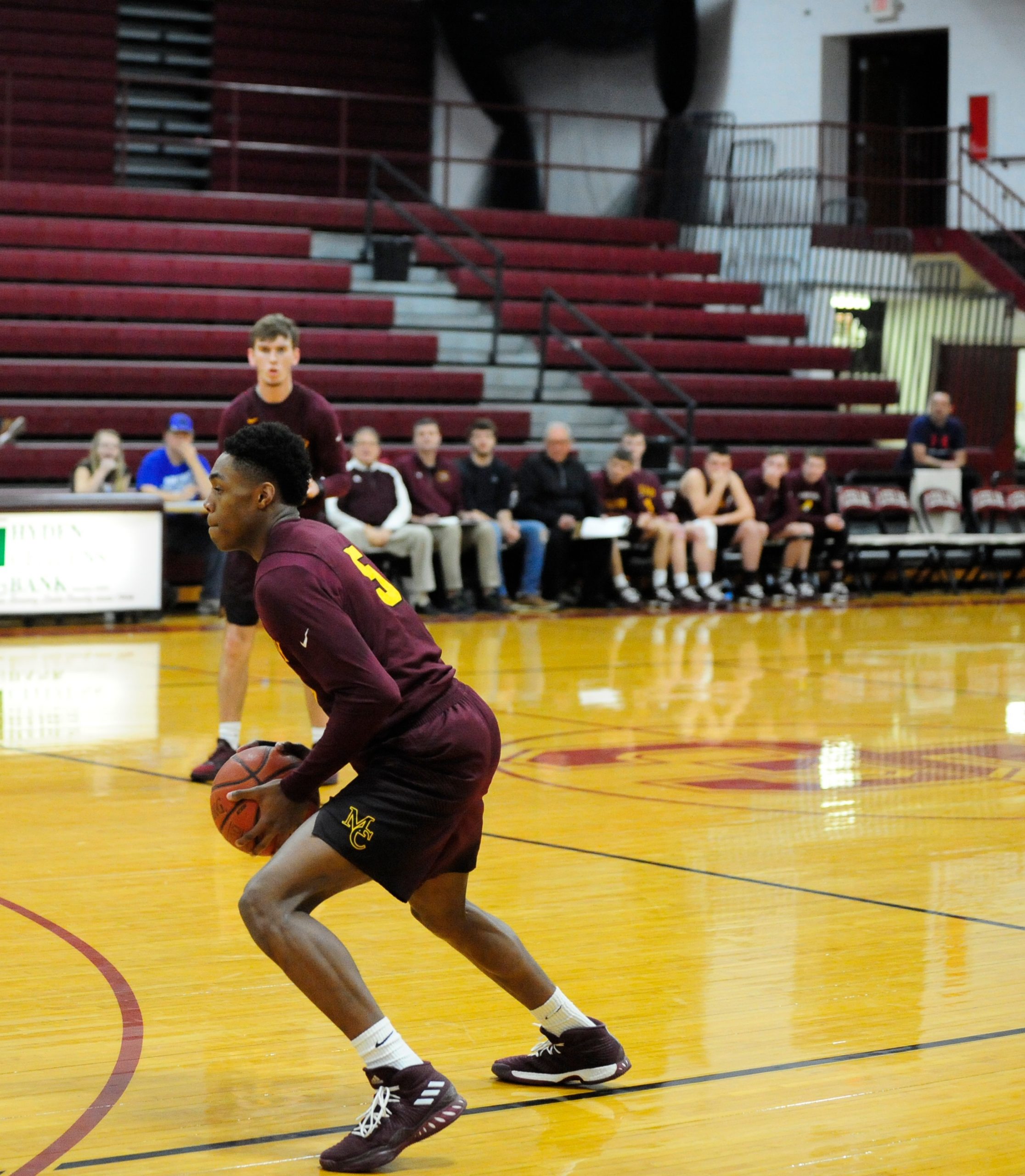 Derrick Paige (5) scored a game-high 33 points for McCreary Central during the Raiders’ opening round game versus Hazard in the Hyden Citizens Bank Classic.