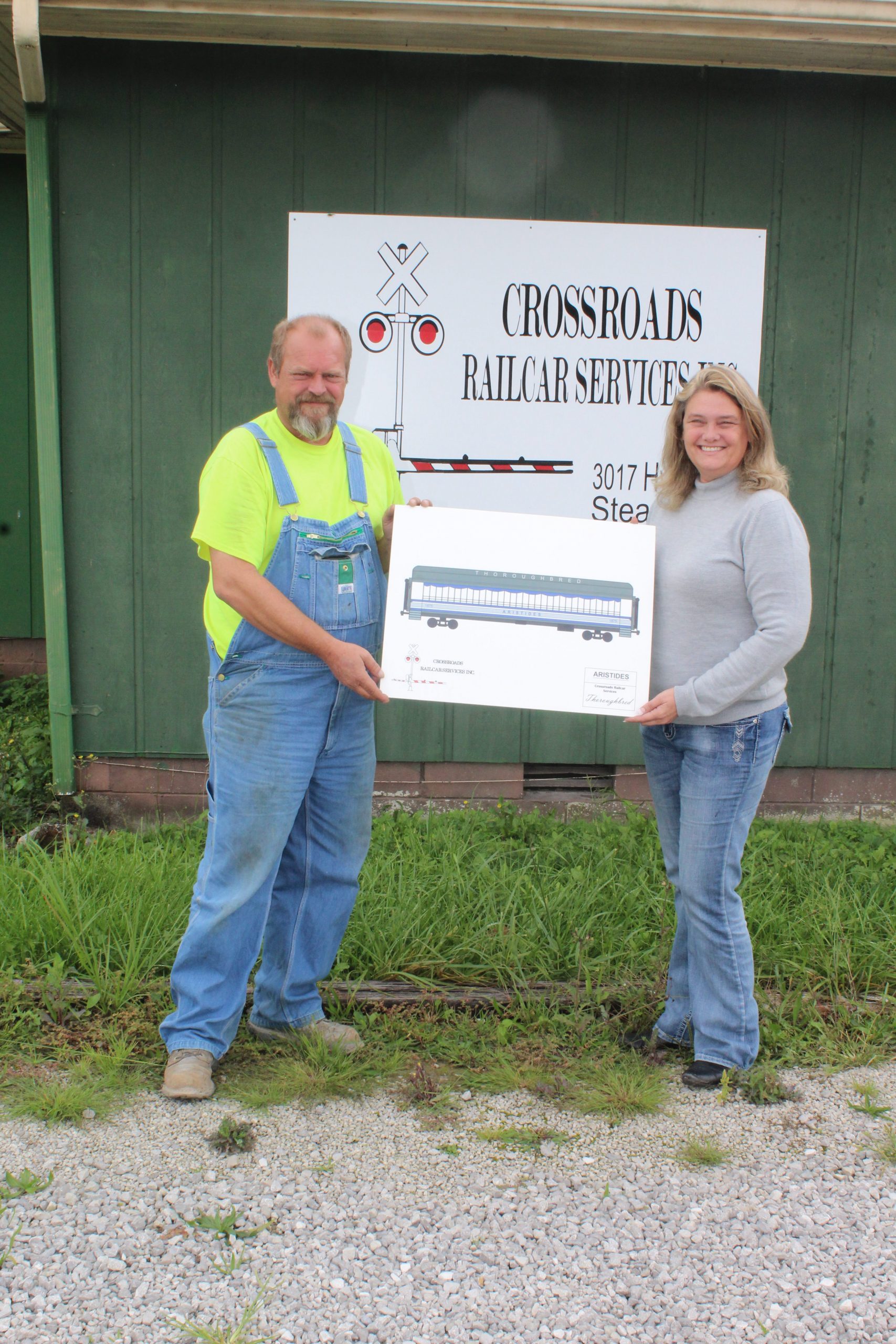 Local couple working to build their own patented rail car

What happens when you combine the name of the very first Kentucky Derby winner with a passion for building railroad cars?
For Steve and Michelle Richards, owners of Crossroads Railway Services located in Stearns, it results in one thing-their very own patented, scenic passenger rail car design known as the Aristides 1875.
With a blueprint for the new car design 100% completed, and the Federal Railroad Administration (FRA) sending up no red flags thus far during the design approval stage, the next step is to buy materials and begin building a prototype of the design. Once the prototype is completed, officials from the FRA will inspect and make sure all guidelines are met. Once approved, construction of the actual car will begin. According to Steve Richards, potential buyers are already expressing interest in the car.
Steve has been hard at work for four years designing the car and figuring out a way to meet FRA safety stands. Early on, he saw a need and market for cars designed specifically for safety-conscious scenic railways.
Traditionally, scenic railroad cars have been constructed by using the chassis from old freight cars-much like those used on the local Big South Fork Scenic Railway. Richards’ car is designed to replace these older cars, allowing small, scenic railways to purchase newly produced cars with the chassis geared specifically for small, scenic railways. Using Richards’ design, the crossover is specifically designed so passengers can go from car to car while the train is moving.
“I want to contribute to making safer cars designed specifically for scenic railroads,” Richards remarked. “I want scenic railways to have options that allow them to buy new, safe cars instead of being forced to use refurbished freight cars that have been renovated into passenger cars.”
Once the design is approved and production begins, cars will be named and numbered for Kentucky Derby winners beginning with the first winner and continuing in order to the most current. With that plan in mind, the couple’s first car will be named Aristides 1875 in honor of the 1875 Kentucky Derby winner.
When asked what he will do if he ever makes and sells more cars than there are Kentucky Derby winners, Steve Richards didn’t miss a beat.
“That would be a very, nice problem to have,” he replied with a grin.