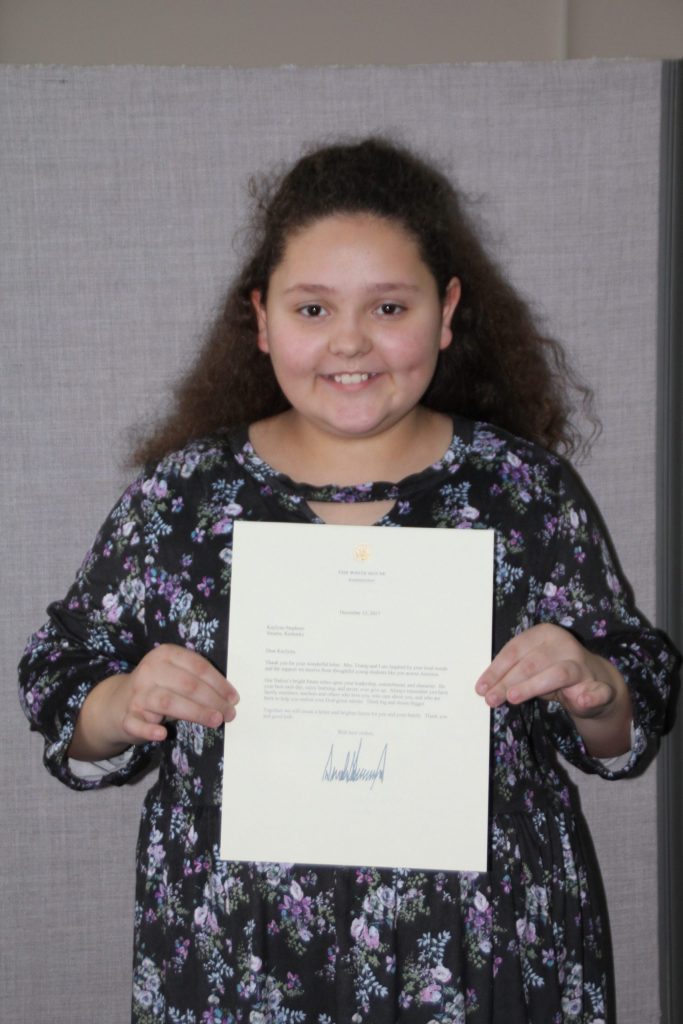 Kaylynn Stephens, an eleven year old Whitley Elementary Student in the 5th grade, received an exciting surprise in December in the mail. A large envelope from the White House that was addressed to her. Inside Kaylynn found a letter to her from President Trump.
“I was full of excitement and asked Mom if it was real, I thought it might be a prank. Mom said it was real. I couldn’t stop smiling and had to tell my cousins right away.”
“I really wanted to write President Trump when he was first elected. Mom said I could do it – I wrote two letters before I was happy with the one I sent.” Kaylynn’s letter to the President included telling him she believed he would make America Great again and he should build the BIG wall. Her letter also made a few requests; he should ban homework, do away with common core and make a 30 minute recess again.
The President’s response stated he and Mrs. Trump were inspired by Kaylynn’s kind words and support. He told her to think big and dream bigger.
When asked what she wanted to do when she grows up, Kaylynn didn’t hesitate, “Take over the family business and make enough money to buy my dream truck, a 2017 orange Dodge pick-up.” Kaylynn is the daughter of Michael and Danielle Stephens of Whitley City.