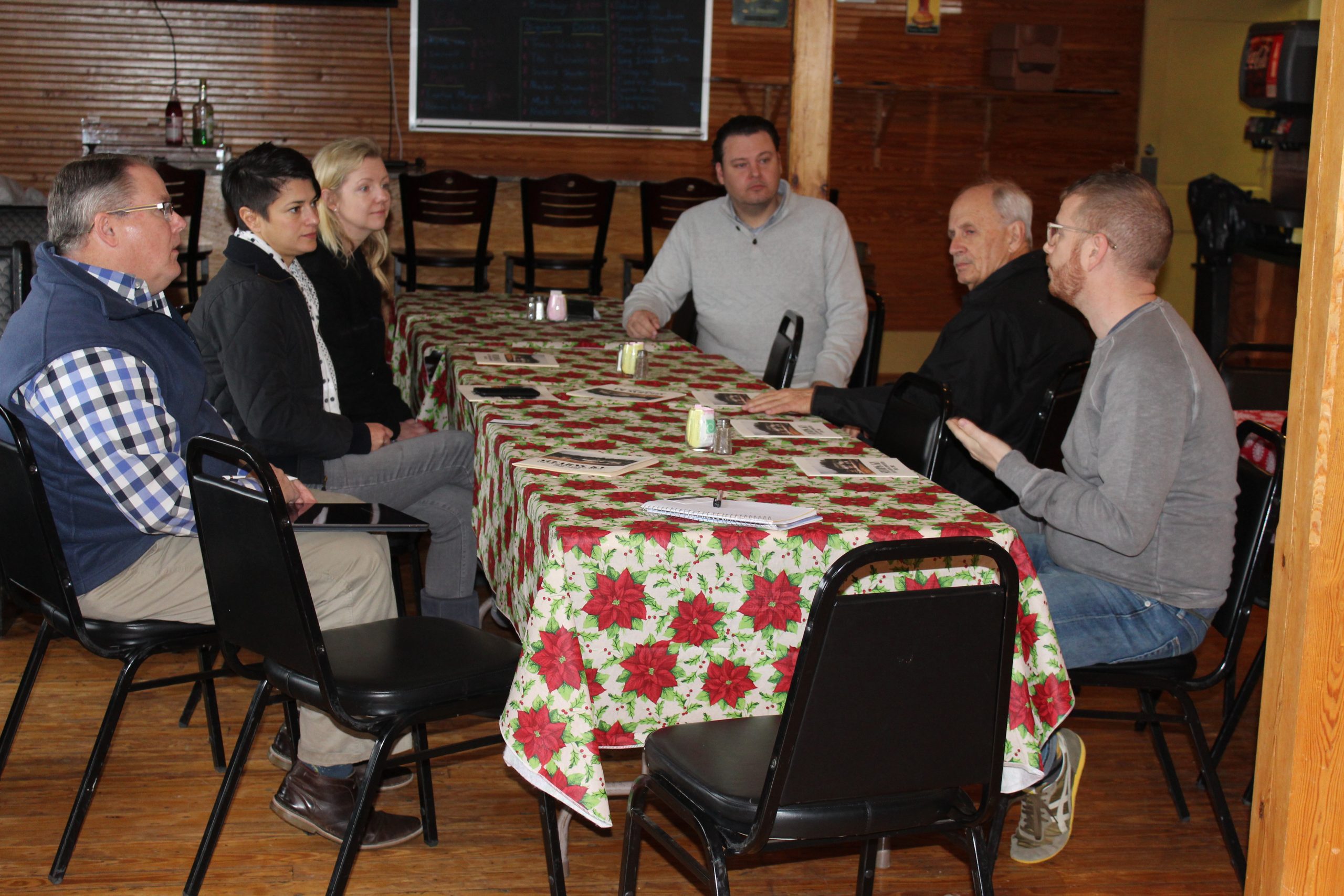 Earlier this week, leaders and representatives from southern and eastern Kentucky attended six regional town hall meetings held across the Eastern KY PRIDE service area to participate in a regional branding initiative. With forty-one counties included in the initiative, the meetings were part of a project initiated by PRIDE in partnership with the Foundation for Appalachian Kentucky through a grant from the Appalachian Regional Commission (ARC.) McCreary County was represented at town hall meetings held in Corbin and Somerset.
According to Eastern KY Pride’s President/CEO Tammie Wilson, Steve Chandler of Chandlerthinks has been retained as lead consultant on the project. In addition to hosting the series of town hall meetings, Chandler, who is a Kentucky native with two decades of experience in strategic planning and brand development, and two of his teams toured eastern Kentucky this week.
Immediately prior to hosting the town hall meeting held in Corbin, one team from Chandlerthinks arrived in Stearns early on Monday morning to get a brief overview of the historic town and the Big South Fork Scenic Railway. The team also received information about outdoor adventure recreation events (Yamacraw, No Business, and River Dash) hosted in the Big South Fork National River and Recreation Area.
The branding project is designed to create a unified story about Southern and Eastern Kentucky which, once shared and marketed, will positively affect the region’s reputation. As a result, the economy will grow and the quality of life will improve for residents and businesses.
The town hall meetings allowed representatives of Chandlerthinks to learn about Southern and Eastern Kentucky from its residents, businesses, and leaders. Ideas about the region’s assets and how to showcase those assets were discussed. Participants were asked to identify and list key words and phrases commonly associated with the region in categories such as: reputation and images, assets, and descriptors. Information taken from the town hall meetings will be used by Chandlerthinks to begin work on development of the regional brand.
According to Wilson, Phase 1 of the initiative includes collecting data from the town hall meetings, analyzing the data, and developing options for the regional brand. Phase 1 is scheduled to wrap up in mid to late summer and will be followed by actual implementation of the regional brand.
If you are interested in learning more about this project, please visit facebook.com/brandingsoandeastnky.