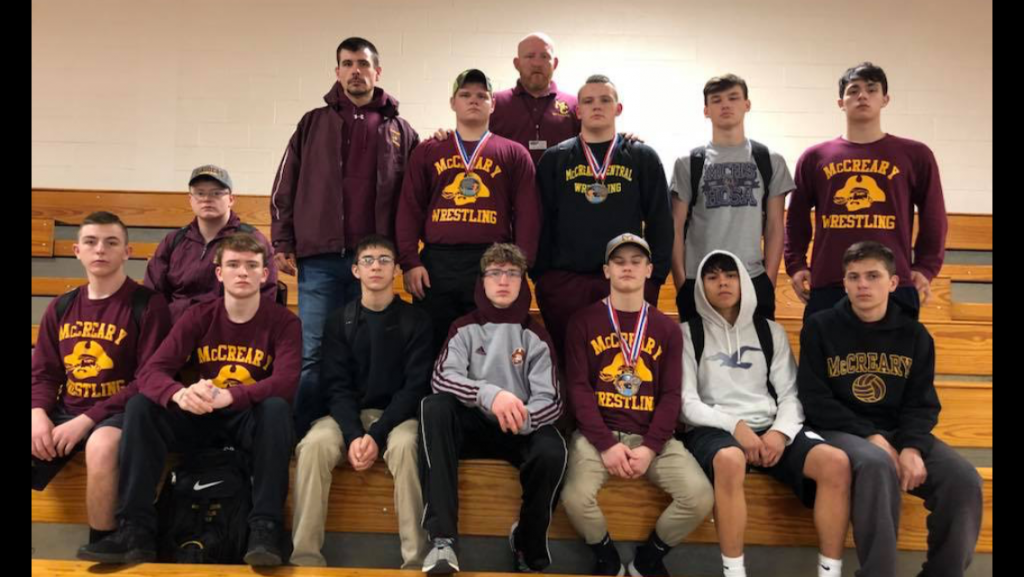 WILLIAMSBURG – The McCreary Central wrestling team competed in the Region 7 Wrestling Tournament Friday-Saturday at Whitley County High School. Continuing to show improvement, McCreary Central finished eighth out of 16 teams. Five individuals from the McCreary Central wrestling program have qualified for the State Tournament, which is set to be held at the Alltech Arena in Lexington Friday, Feb. 16-Saturday, Feb. 17
Individually for McCreary Central at the Region 7 Tournament, sophomore Ruben Martinez finished fifth. Blake Botts, a seventh grader who was pulled up from the middle school team, finished fourth with an outstanding performance. Freshman Anthony Simpson finished fifth in a strong weight class. Junior Triston Conatser finished third while McCreary Central’s lone senior, Nathan (Porkchop) Prosser, placed runner-up in the region.
“I am so proud of these guys,” said McCreary Central Coach Gary Parriman. “To be such a young group they performed very well. Most of this team is brand new and for them to compete like they did shows just how far they have came this year.”