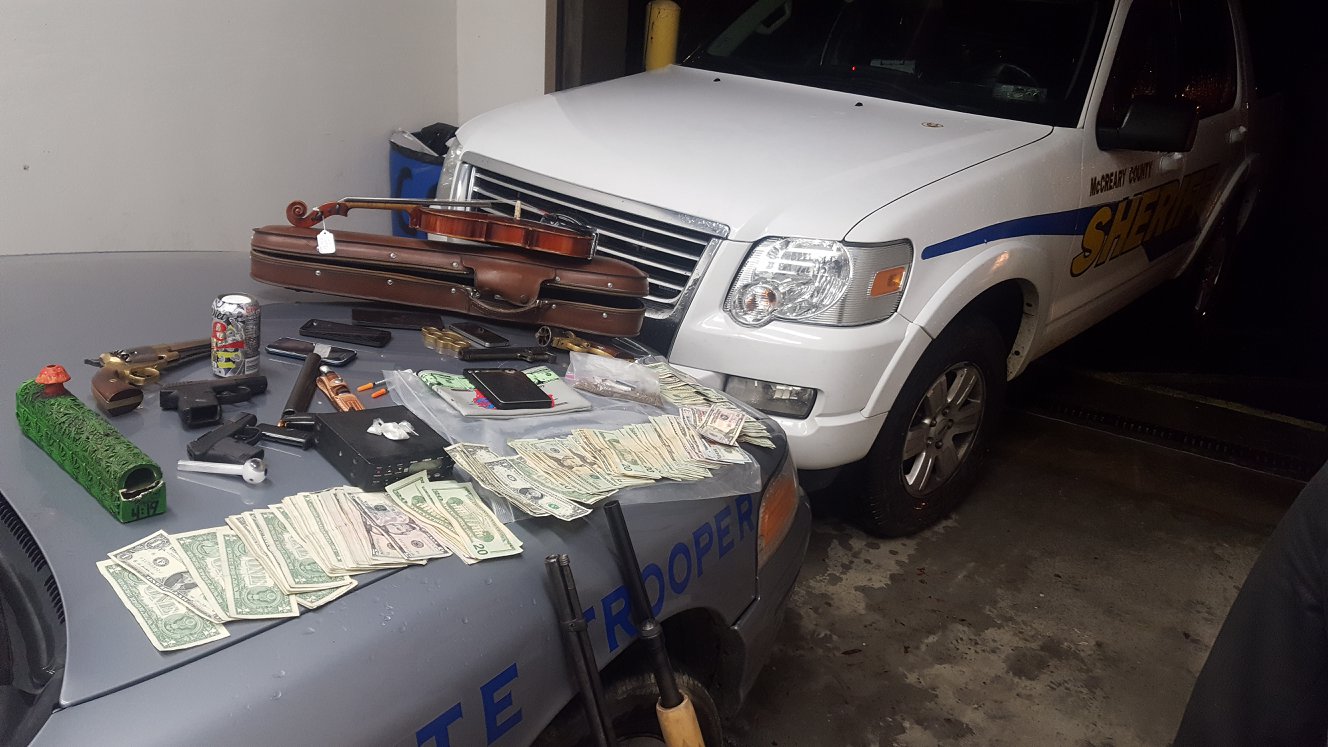 The McCreary County Sheriff’s Office and Kentucky State Police have made arrests in a bizarre case after a series of seemingly unconnected events came together in an unexpected way Sunday night.
The first incident occurred late Thursday night, involving a man clinging to a tree amid the high waters of the Big South Fork. A passerby reportedly heard someone shouting for help near the Yamacraw bridge and spotted a man in the water, apparently unable to make it to shore.
A swift-water rescue team was dispatched to rescue the man, identified as Charlie Dawes, 33, of Monticello. Dawes reportedly told authorities that he was in his vehicle with a woman when someone apparently tried to rob him by dragging him out of the vehicle.
Dawes said he fled in to the water to escape, while the unknown assailant left the scene taking his vehicle and apparently the woman he was with at the time. An investigation in to the missing vehicle was opened.
Dawes was arrested on a charge of public intoxication, and lodged in the Leslie County Detention Center.
As the initial investigation proceeded officers received information of possible illegal drug activity originating from a residence on Low Gap Road in Pine Knot over the weekend. The tip concerned a violin that had been stolen and reportedly used in a transaction to obtain drugs.
Sheriff Randy Waters stated he and KSP Trooper Donnie Jones obtained a search warrant for the residence. Sunday night officers entered the home were they found the violin, as well as drugs, paraphernalia and a quantity of cash. Also located at the home was the vehicle Dawes claimed was taken from him.
Arrested at the scene were Amy Smiddy, 29 of Pine Knot, Savannah Pope, 18, of Oneida, and Ronald W. Rowe, 39, of Pine Knot.
All three were charged with trafficking in a controlled substance (meth), possession of drug paraphernalia and defacing a firearm. Rowe was also charged with receiving stolen property.
The investigation is continuing and additional charges are pending.