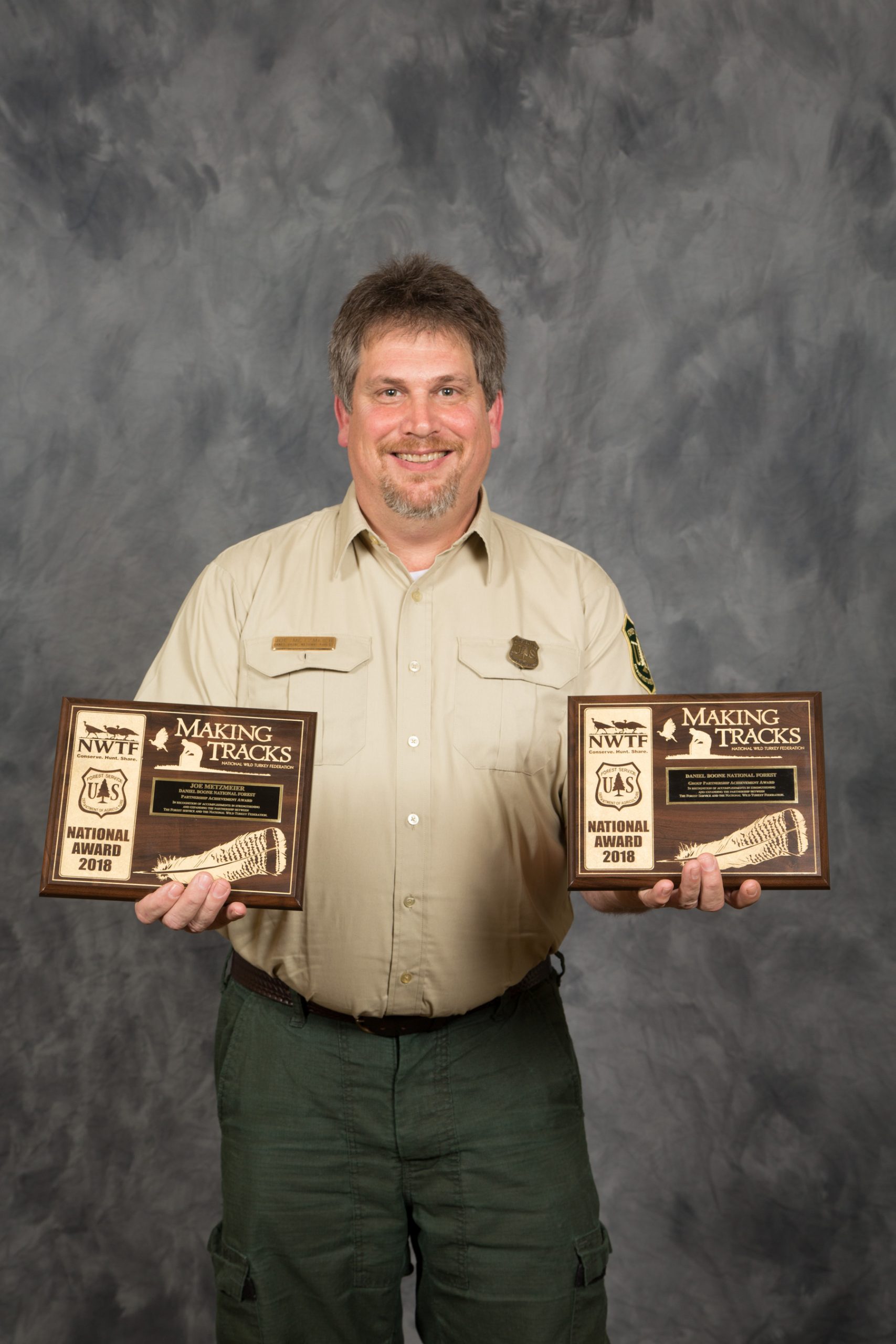 The Making Tracks with the USDA Forest Service awards recognize people and projects that best incorporate conservation education, partnerships and wild turkey management. The awards were presented during the National Wild Turkey Federation’s 42nd annual Convention and Sport Show to projects and programs that achieve goals of the organization’s Save the Habitat. Save the Hunt. initiative.
The Daniel Boone National Forest received a group award for Partnership Achievement. This award recognizes accomplishments in strengthening and expanding the partnership between the NWTF and the USDA Forest Service.
The partnership began four years ago with wildlife biologist Joe Metzmeier’s efforts on a Collection Agreement for planting native American chestnut trees on the Stearns District working with the NWTF Kentucky State Chapter. That partnership has since expanded and has impacted thousands of acres.