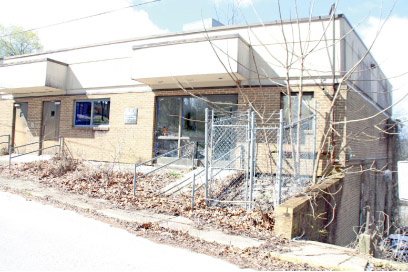 The question concerning the jail situation in McCreary County may have an answer soon as a long-awaited feasability study is expected to be completed and presented next month. The study may help determine if a new jail is prudent to be built.

McCreary County Judge Executive Doug Stephens announced the results of the Jail Feasibility study should be released next month. The study could provide an answer to the question if McCreary County should build a new jail.
Stephens presented an update on the project during Thursday night’s meeting of the Fiscal Court, noting that he was planning on sending off requested data to the firm conducting the study, with the idea that the final report would be completed some time this month and be presented at next month’s meeting.
Judge Stephens admitted that he had received a request for the data at the end of December, but it took about two months to compile the requested numbers.
The study is expected to present options to the County whether to build a new jail facility or continue housing prisoners elsewhere.
DLZ, an architectural and engineering firm of Indianapolis, submitted a bid last year to conduct the study. The study looked at population, arrest and crime data, detention center population, and other factors in an attempt to determine the best course of action for the County.
DLZ’s proposal stated the firm has had experience performing similar studies in the past, including ones for Rowan and Ohio counties. The cost of the study was not to exceed $8,000.
Since the jail was closed in 2013 McCreary County has struggled with costs associated with housing inmates in other counties. Inmate populations in local facilities are above capacity, and in the past the inability to pay for housing on a timely basis had soured the county’s relationship with some facilities.
According to the most recent Kentucky Department of Corrections population data, nearly every general population jail facility in the state is at or above capacity. Only Oldham (49-percent) and Fulton (85-percent) counties have populations below 95 percent. Jails in the local region all are near or above capacity: Whitley- 96 percent, Pulaski- 194 percent, Wayne -120 percent, Laurel -194 percent and Leslie County, where the majority of McCreary County prisoners are held is at 168 percent.
Since the passage of an additional half-cent to the McCreary County Occupational Tax last year, payment for housing hasn’t been much of an issue, but transportation continues to be an issue as trips to Leslie County and back take several hours.
Many people believe the answer to the housing situation is to construct a new jail facility. Not only would a new facility eliminate the need for lengthy and potentially dangerous transports, it would also provide jobs for the local economy. Opponents say the cost of constructing a new jail would be more expensive than the current plan.
Judge Stephens presented a possible plan two years ago that would cost the county an estimated $1.5 million a year in operations and debt service, about $300,000 more a year than is projected in the current Jail budget. That cost would decrease over the years as debt is paid down.
Additionally, a facility with enough capacity would – possibly – be able to house state inmates, which would provide a source of revenue, further diminishing the overall cost. However, the state is reportedly looking at using private facilities as a means to house state inmates, a move that would seriously reduce the number of such inmates available to be housed locally.