Dr. Nancy K. West touched many lives throughout the community. 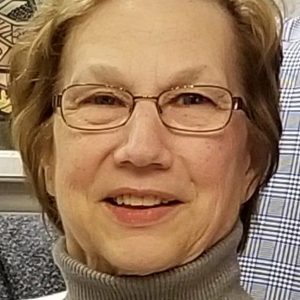 Despite her deep love of travel, Dr. Nancy Kathryn West always chose to return home to McCreary County to live and serve the people and community she so dearly loved. Upon learning of West’s passing from cancer on Monday, friends, family, patients, and co-workers reacted with sorrow to the loss of a woman who has been such an integral part of their lives.
Born on March 2, 1945 in Stearns, KY, Dr. West never forgot her roots. As a woman from McCreary County, West was a pioneer in pursuing her career as a doctor and then returning home to provide a high standard of compassionate, holistic care to those in the community where she was born and raised. Attending Stearns Independent School and graduating from McCreary County High School, West began her medical career at Dr. H. A. Perry’s Family Practice while she was still in high school. Following high school, she obtained her degree as a registered nurse at Appalachian Regional Hospital and returned to work at Dr. Perry’s office as a nurse until 1972. Deciding to further her education and career, West obtained her Bachelors of Science degree in 1974 through Eastern Kentucky University and Cumberland College. She received her medical degree from the University of Kentucky in 1978. After completing an internship at the University of Tennessee, West returned home to McCreary County to practice medicine with Dr. Perry for almost forty years-working tirelessly up until her recent illness on November 30, 2017. West was a professional mentor to many and inspired numerous others to pursue their own medical careers. Those who credit West for inspiring their own careers include five family members and many other office staff members-both in the past and present.
Those who knew West admired the compassion, kindness, generosity, and devotion she demonstrated with her patients, family, friends, and co-workers. While West was known for being highly intelligent and an avid reader, patients often remarked about her willingness to listen and her exceptional ability to explain matters in a way patients could understand. Dedicated to a lifetime of learning, West shared her knowledge and love of medicine with everyone she met. West’s down to earth presence made those who sought her advice feel at ease.
At a young age, West became a member of the Stearns Baptist Church and maintained her faith throughout life. Before the final stages of her illness, she declared, “I’m going to meet my Heavenly Father.”
Having been one who dedicated her life to the betterment of the community and serving as a family physician for almost forty years, West will be greatly missed by her beloved patients and all who knew her.