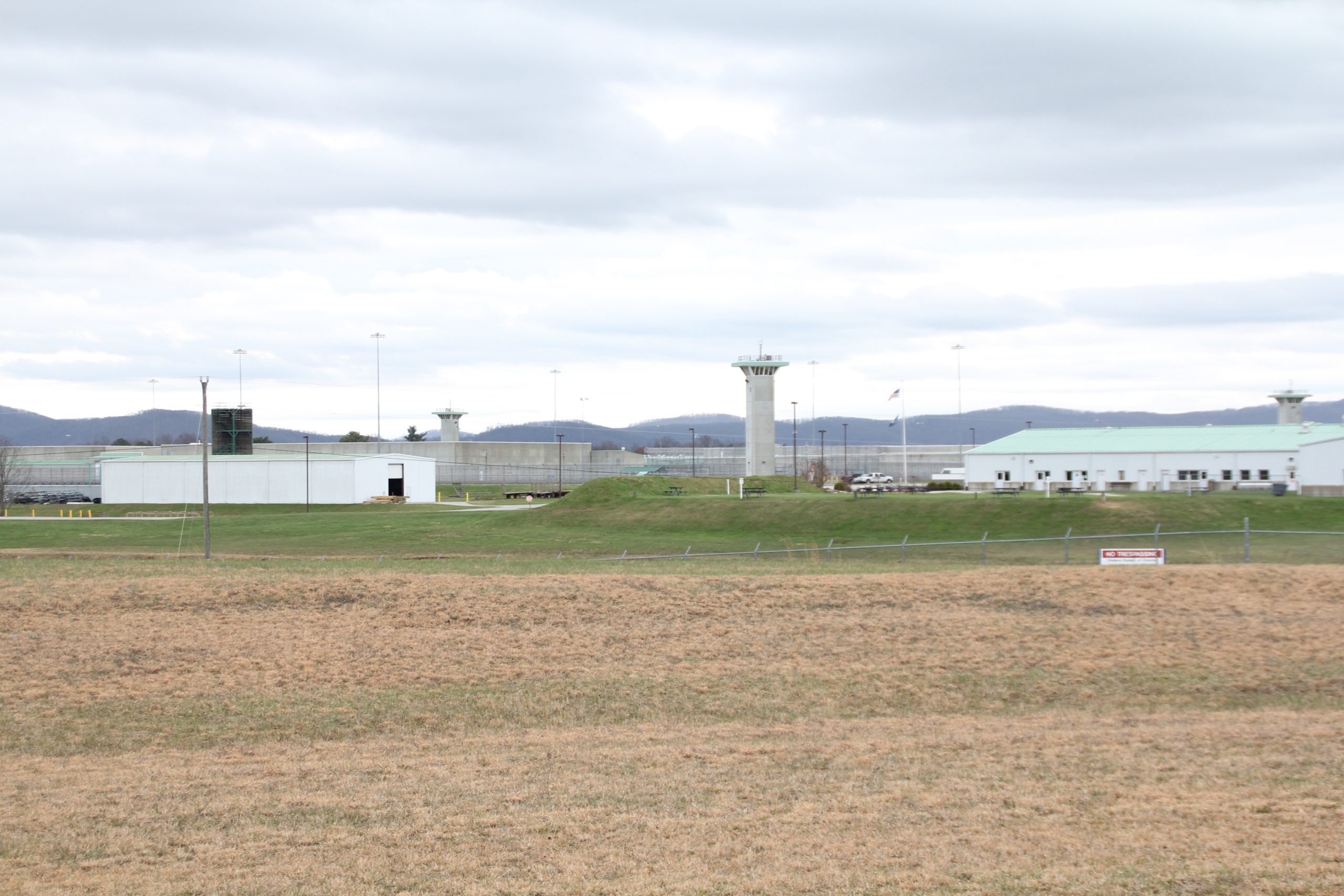 Photo by Greg Bird
USP McCreary was reportedly on lock-down Tuesday possibly due to a suspicious substance, but prison officials have not released comments or details as of yet.

McCreary County citizens became concerned Tuesday after reports of haz-mat trucks racing through the area and ending up at USP McCreary in Pine Knot where a reported lock-down was in place.
Wednesday afternoon the Federal Bureau of Prisons released a statement indicating an “unidentified powdery substance” found in a mailed letter prompted emergency procedures to be activated.
“On Tuesday, March 27, at approximately 9:50 a.m., an unidentified powdery substance was discovered upon opening an envelope of mail at the United States Penitentiary (USP McCreary). Staff immediately responded by securing the mailroom area and the exposed staff were quarantined. The Somerset/Pulaski County Special Response Team was immediately called and upon arrival conducted tests on the substance. The Special Response Team determined that the powder did not contain a biological or narcotic substance and thus, the quarantine was lifted and cleanup was initiated.”
The statement further notes no other staff or inmates were exposed to the substance, and the prison was placed on limited operational status for the duration of the incident, but has since resumed normal operations.
The release came more than 24-hours after the initial event and local officials are questioning why they were not promptly notified in order to reassure the public that there was no threat of danger.
McCreary County Emergency Management Director Stephen McKinney reported he was not informed of any incident at the prison at the time the incident was reported to have happened. After receiving several calls from concerned residents and school district officials McKinney was finally able to get in contact with someone from the facility. McKinney was told there was no danger to the public and the prison had executed a contingency plan, but did not provide any specific details.
“We were preparing to have ambulances from other counties on standby,” McKinney said. “We would have liked to know something so we could at least reassure the public that there was no danger.”
McCreary County Sheriff Randy Waters was at the prison facility around the time of the incident conducting a prisoner transfer, but departed the scene before any lockdown, stated he was informed that a suspicious powder was found in the mail room. He was advised to seek medical attention if he were to begin to feel ill.
Somerset/Pulaski County Special Response Haz-Mat 12 issued a statement on their Facebook page that they had performed a run to a federal facility Tuesday, and at no time was their any danger to the public. While not commenting on the specific nature of the call and location, the statement did say all tests were negative.
Tuesday a Washington State man was arrested for allegedly sending more than a dozen packages containing explosive devices to federal facilities, including the FBI and military bases in the Washington, D.C. area.
It does not appear the arrest has any relation to the local incident.