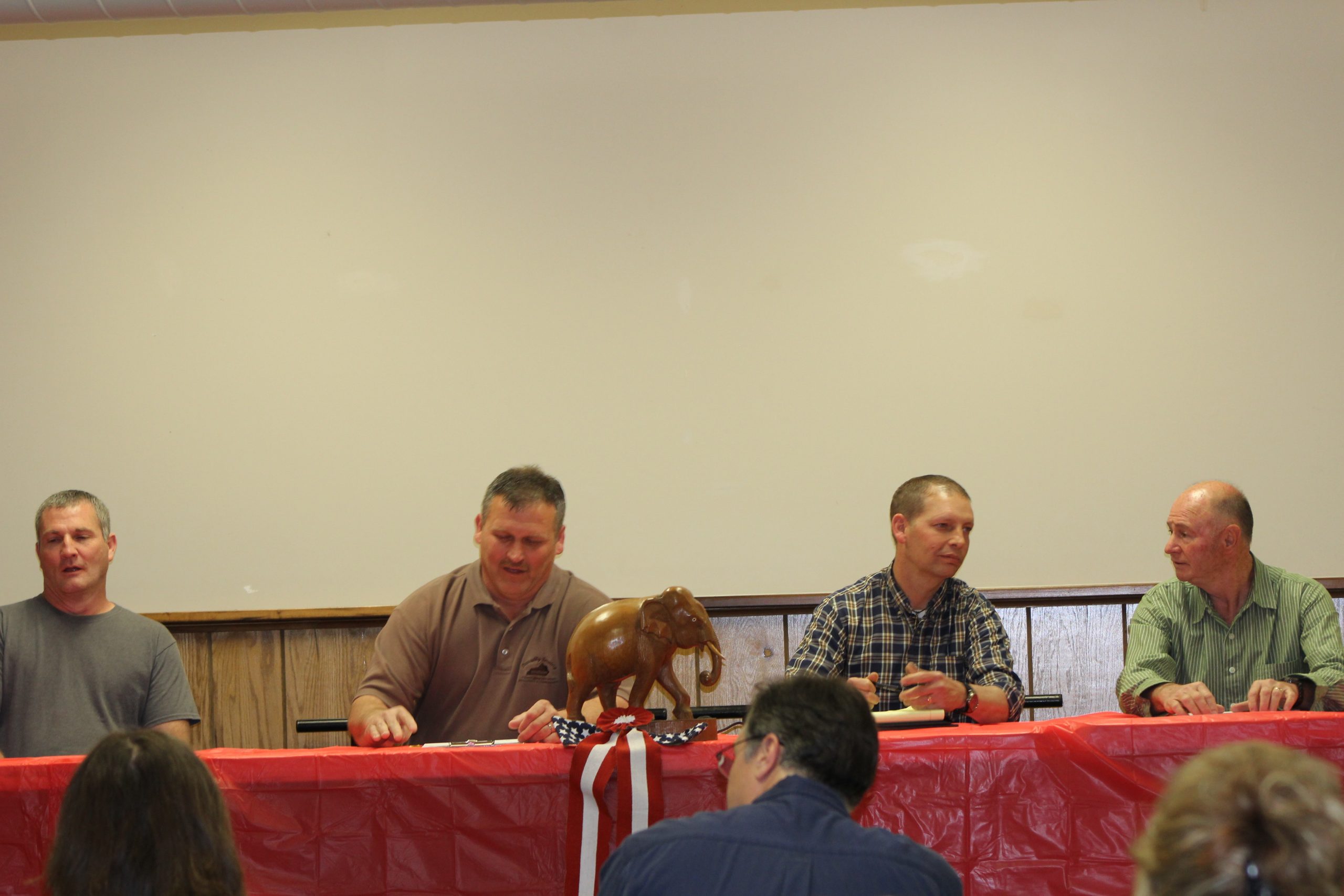 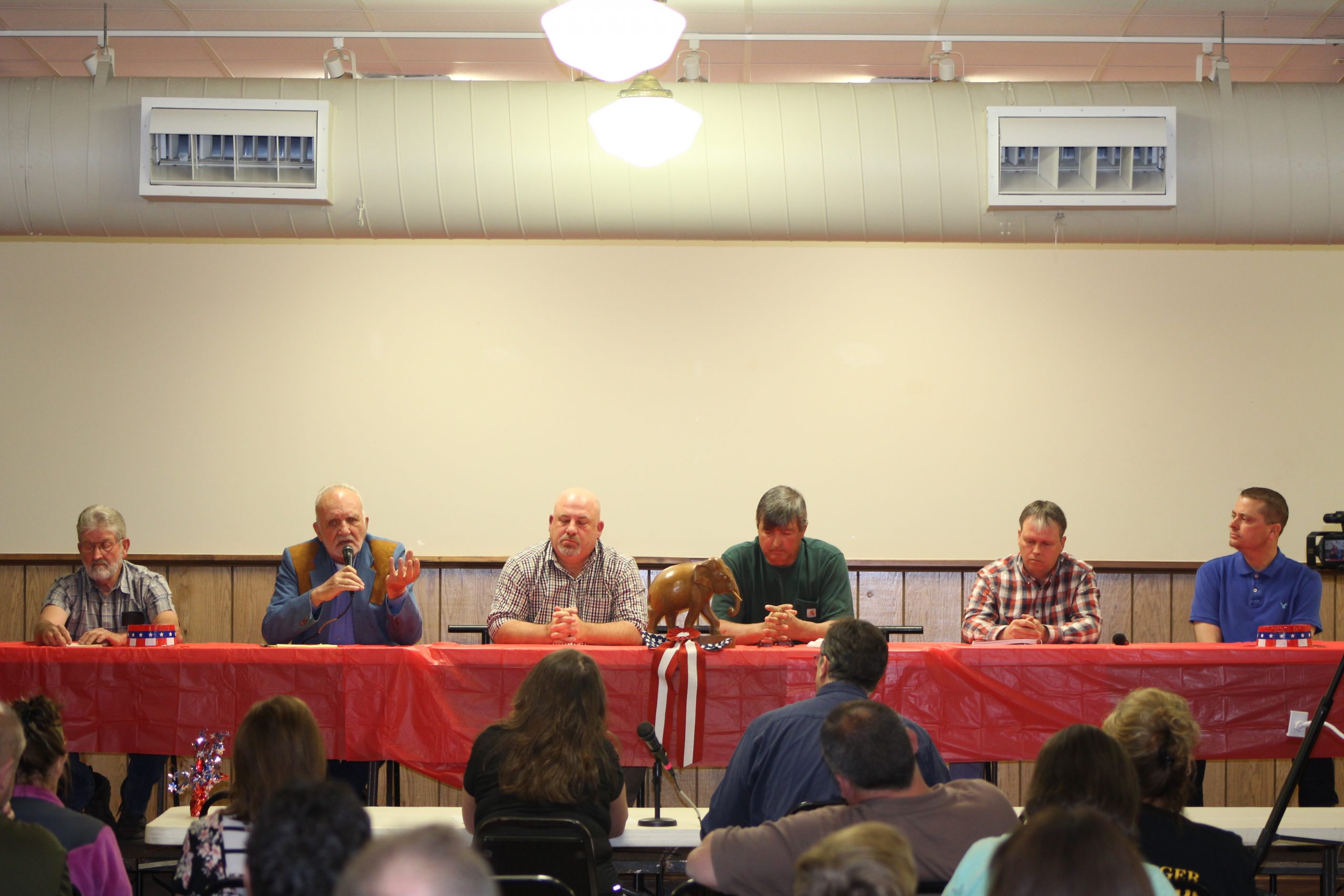 On Saturday, April 21, Republican candidates for Magistrates in District 2 and 4 gathered at the Heritage Hall in Stearns to participate in the McCreary County Republican Party Candidate Forums.
The potential office holders were asked a series of questions, ranging from their thoughts on taxes, garbage service, economic development and more. Following are some of their responses and ideas on the subjects.
First on the stage were the candidates from District 2: Israel Clark, Incumbent Roger Phillips, Rick Stephens and Bill Taylor.
Mr. Phillips stated his main goals, if re-elected, were to keep taxes low and see a jail open in McCreary County again.
Mr. Stephens agreed with working on opening a jail and added he felt prisoners could be utilized to pick up trash along the roadways in the county as a form of community service.
Mr. Taylor said something needed to be done with the existing jail building, as he feels it is an eyesore to the community.
Mr. Clark stated his two main goals were the jail and garbage.

On the jail and transport issue:

Mr. Stephens wondered why the county couldn’t find a way to transport prisoners closer to home.
Mr. Taylor said he would like to see the transport distance lessened and spending controlled.
Mr. Clark advocated borrowing the money to build a new jail.
Mr. Phillips said the transport costs are only a small percentage of the overall jail budget, and wants to find ways to lower the cost of housing. He also noted a feasibility study has been completed and would be presented at the next fiscal court meeting.

On the Occupational Tax and ways to raise revenue:

“I’m not in favor of raising taxes,” Mr. Taylor said, adding he feels people cannot take anymore taxing from the county.
Mr. Clark said he is not in favor of raising taxes and feels more emphasis could be placed on promoting tourism to bring more visitors to the county.
Mr. Phillips said he believes the Occupational Tax should be lowered now that the county has a surplus of funding and the local government needs to be more transparent on where the tax revenues are being spent. He also stated he is not in favor of all Occupational Tax revenues being entered in to the General Fund and advocates splitting it between funds as it was done previously. 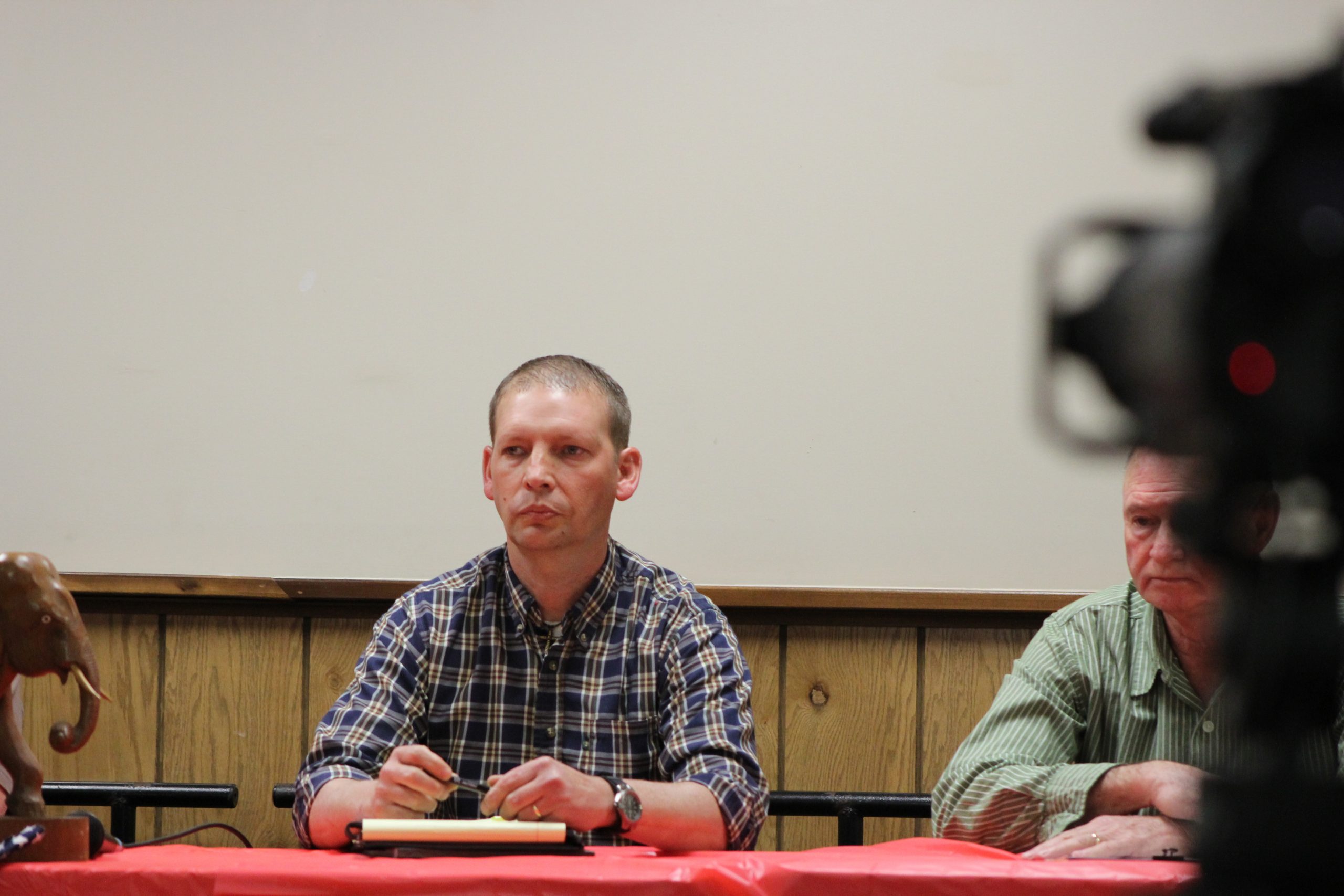 On the business
license and yard sales:

Mr. Taylor thinks an option would be a day-permit for some yard sales, but is in favor of the business license.
Mr. Clark believes yard sales are good and can bring money in to the county.
Mr. Phillips noted the ordinance allows for up to three yard sales in a month, and anyone who does it more often than that should be considered a business and would need to obtain a license. 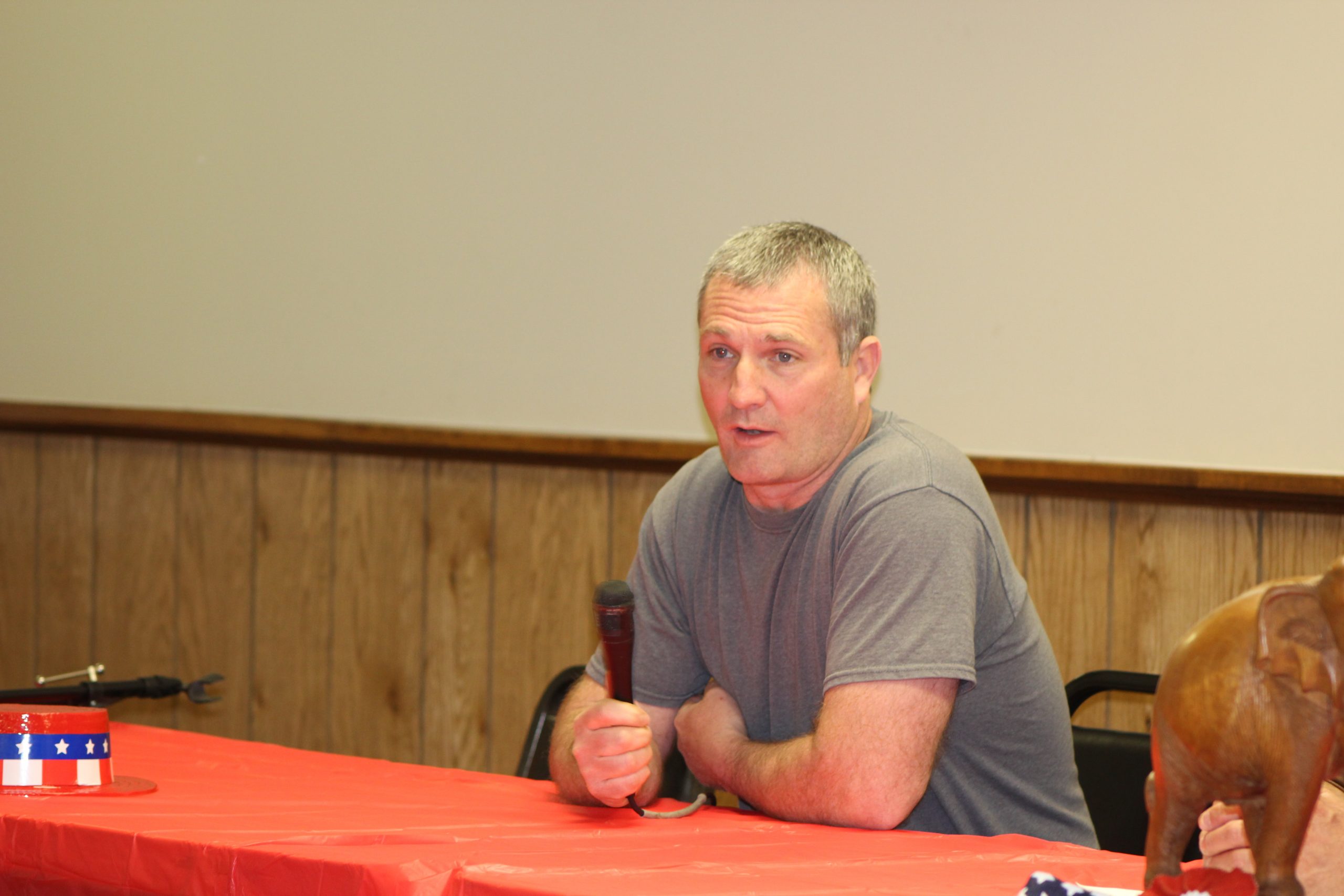 Mr. Clark feels the county should look at borrowing money and opening its own landfill.
Mr. Phillips noted he voted against the garbage ordinance, but stated the county went with the lowest bid. He said he has gotten several complaints and feels the current garbage provider is violating contractors who dump at the transfer station.
Mr. Stephens said the trash needs to be taken care of properly, but doesn’t feel the current rates are fair to everybody. 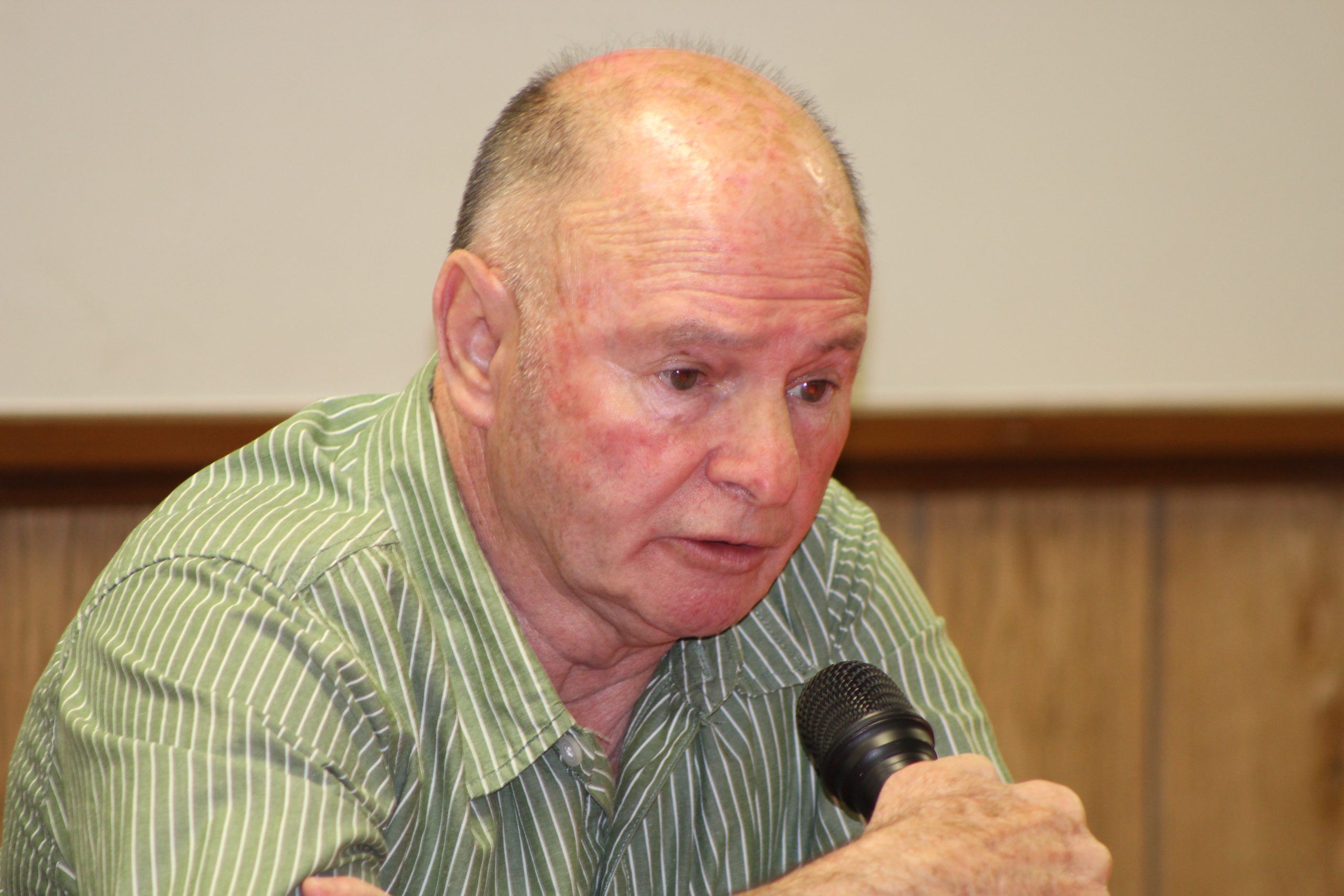 Mr. Taylor stated he believes the County Attorney should review the contract, and something needs to be done to protect the citizens.

“I would love to see more jobs created in McCreary County,” Mr. Stephens said. “I don’t think the answer is a big industrial park. Maybe 10 to 15 small places would be a great start.”
“I think we need to look at someone doing some marketing for the county,” Mr. Taylor said, noting the surrounding areas are “prospering.”
Mr. Clark said the county needs jobs and he would be willing to work to bring those jobs to McCreary. 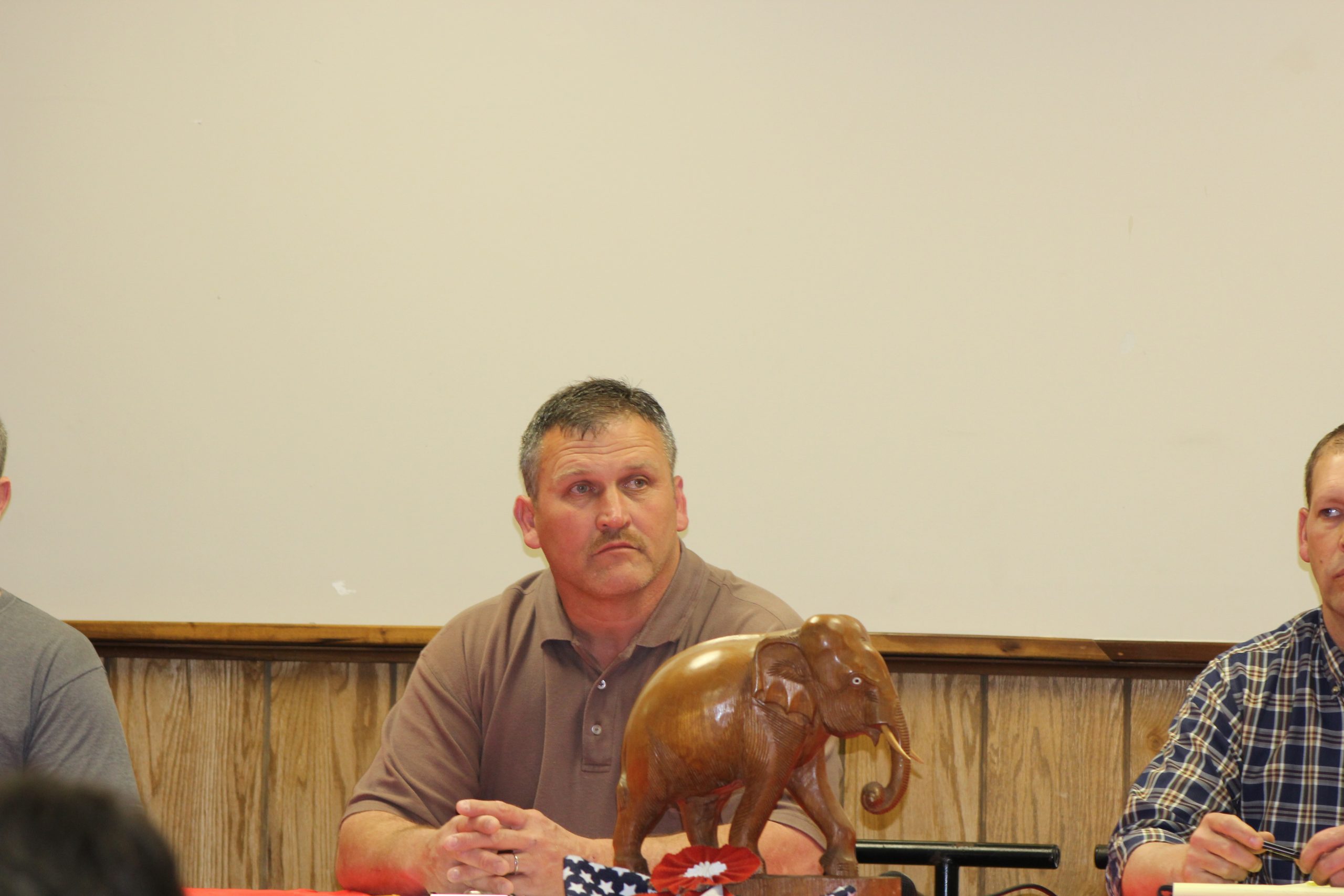 Mr. Phillips stated he believes McCreary County will not be ready to move forward until it is certified as a work-ready community. 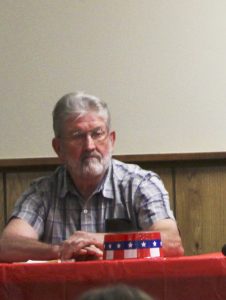 Mr. Creekmore stated getting jobs would be a main goal: “I think we need jobs here, I’ll go to Frankfort myself,” he said.
Mr. Gilreath agreed that getting jobs is an issue: “We need jobs,” he said, but adding the best way to start would be by looking at adding small businesses to grow.
Mr. Dolen felt the first step would be for the county to get Work-Ready certification and to begin by focusing on existing businesses. “Whenever you have jobs, you have pride,” he said. “It won’t happen overnight. I think we need to flourish the jobs we have here now and help them grow their business.” 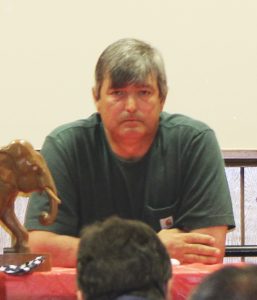 Mr. Maxwell said jobs and the jail situation were things needed to be looked at, and the county leadership should work together to get things done. “We all need to work together and solve problems.”
Mr. Smith agreed with jobs and the jail, noting the community and county leadership has to “pull together as one.”
Mr. Baird noted transporting prisoners is not a significant expenditure, but would like to see local inmates housed closer to home. He also thinks finding a way to cut housing costs would help the county.

On the Occupational Tax and other means to raise revenue for the county:

“I think the Occupational Tax is the worst kind of tax, because it taxes the working people,” Mr. Gilreath said. “If you have to have taxes, it has to be fair.” He advocated any tax the Fiscal Court considered ought to be fair to everyone.
“At the time it was passed, it was needed,” Mr. Dolen said. “I’m not for it, but we have to have some revenue coming in to pay for services of the county.”
“I know it was needed, but I like the sound of lowering it,” Mr. Maxwell said. “Enough is enough, but let’s put a limit on it.”
“It only taxes the working man, and we don’t have work here in the county,” said Mr. Smith. “People are not against paying a tax if they’re getting something in return.”
“I voted for the increase, after a lot of thought,” said Mr. Baird. He also added he would be in favor of lowering it if possible.
“I don’t think we should have ever lost the jail in the first place,” said Mr. Creekmore. “I can’t understand why we are taxed to death – you can’t tax your way out of a problem.”

On economic
development in the county: 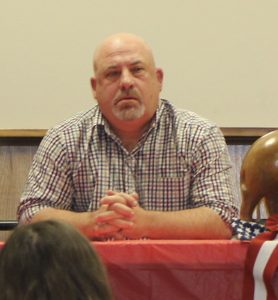 Mr. Dolen said he wants to see the county get work-ready certified and have every aspect of the county work toward a common goal. “The first thing we have to do is have a presence at the Workforce Development Committee and Lake Cumberland Area Development District,” he said. “We have to get the school system, leaders and community on board.”
Mr. Maxwell stated we need someone directing economic development, but it should start at the Judge Executive’s office. “We have to have the right opportunity and the right people to get it done,” he said. 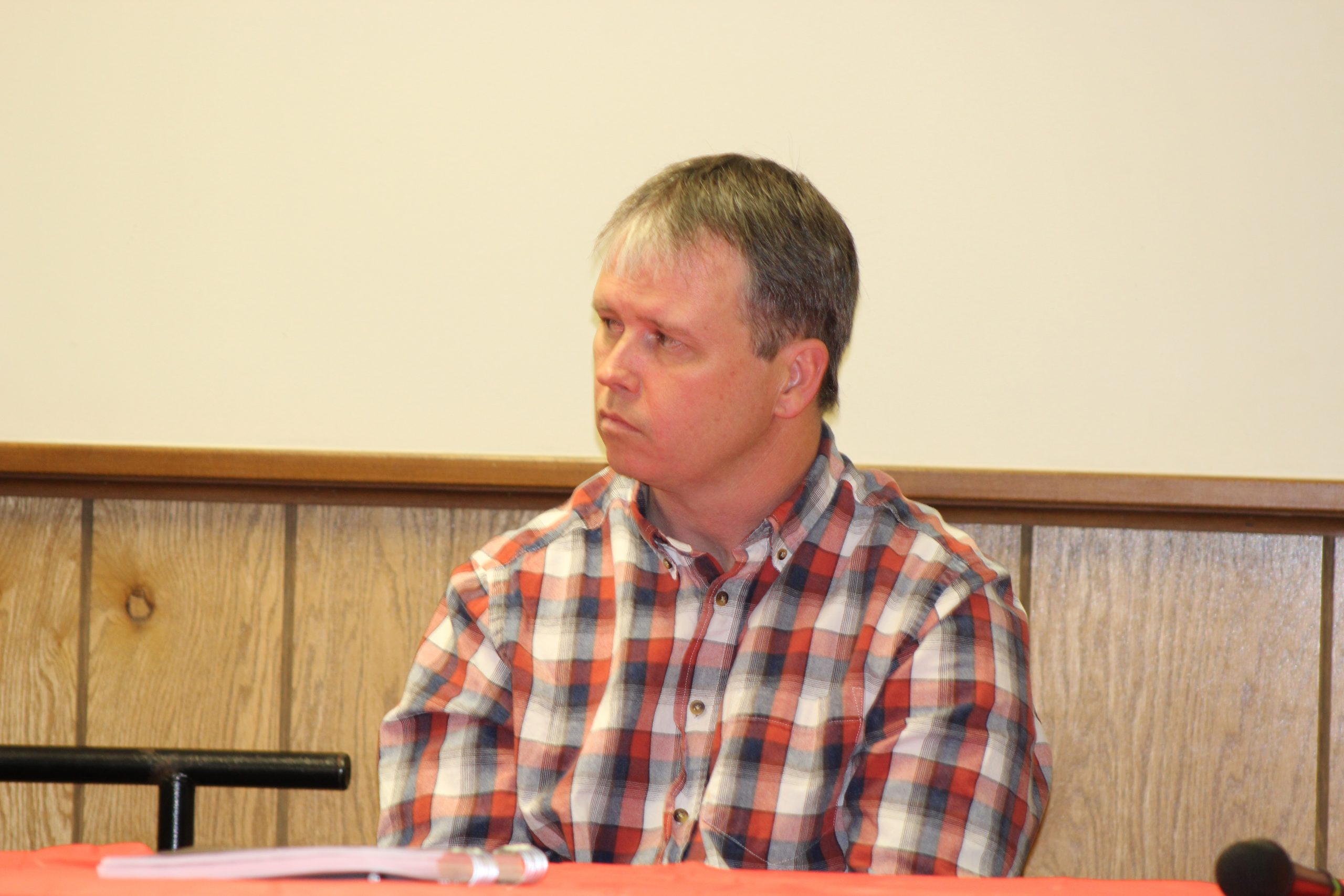 Mr. Smith said the county should start small: “you have to walk before you can run,” he said.
Mr. Baird agreed with getting work ready certified, and noted he felt jobs could be combined so a deputy judge could serve as an economic development director.
Mr. Creekmore said the county needs someone to drive jobs: “We need to get someone out there.”
Mr. Gilreath noted the need for revenue to drive development, noting the school district’s plan for a technology center that was part of their proposal for the nickel tax: “You can’t get work ready unless you have some money to do it with.”

Mr. Smith noted those districts do need money to operate, but would want to get in office and look at the situation further. 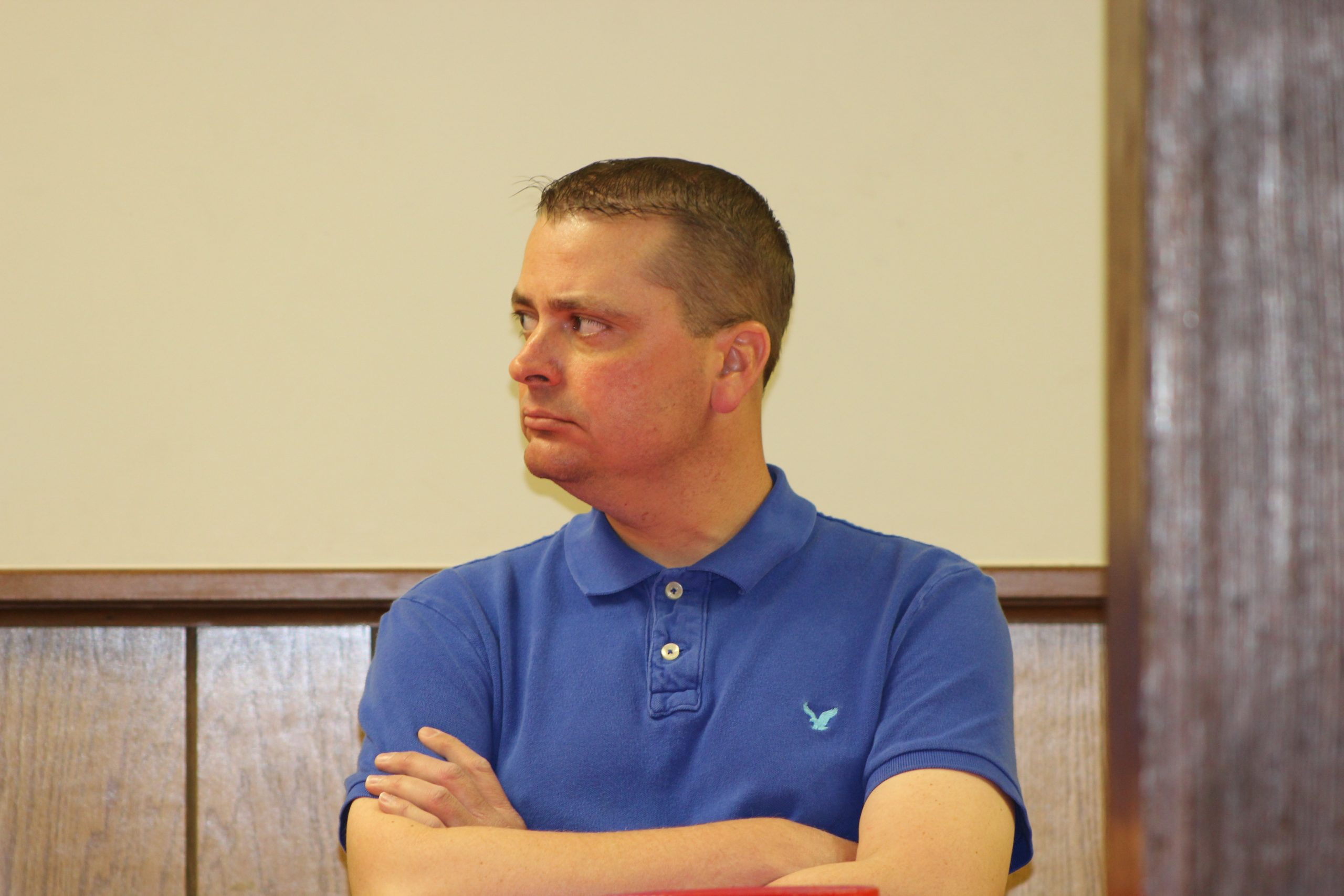 On hiring a code
enforcement officer to enforce existing and future
ordinances:

Mr. Baird is against hiring an officer and feels the sheriff’s office should have that duty.
Mr. Creekmore disagrees with a lot of existing ordinances, and doesn’t feel anyone should come to his home to check on what he is doing.
Mr. Gilreath doesn’t want to add another job on the county payroll as he fells it would be a waste of money.
Mr. Dolen stated he was neutral on the position at this point, but felt the county needs a way to ensure everyone was on the same playing field.
Mr. Maxwell and Mr. Smith simply stated they were against adding the position. 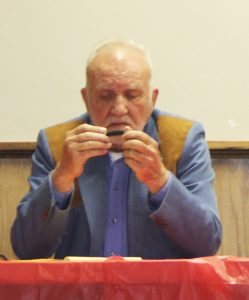 Mr. Creekmore feels tourism is a good thing, but the county needs to develop more attractions to keep visitors in the county longer.
Mr. Gilreath said he wasn’t able to see any direct economic benefit from tourism presently, but believes someone should be in charge of drawing in new money and creating more amenities for tourists.
Mr. Dolen noted tourism accounts for $8-11 million annually in local benefits, with the money trickling down throughout the economy. He added the county needs to continue to develop plans and create more events to hold the visitors overnight.
Mr. Maxwell said the county needs a director to go out and get people to come here.
Mr. Smith and Mr. Baird both agreed on the need to develop more attractions for tourists.

Coroner Tim Corder was also offered an opportunity to address the crowd as his challenger Ted Coffey did not attend.

Corder stated he had completed all required training for his office, as well as completing 16-18 hours of continuing education every year.
“I want to do the job of Coroner with all professionalism, honesty and integrity to ensure that every death is investigated properly,” he said. “A family need peace, and we have to take that with the upmost respect and dignity.”

The next Republican Candidate Forums will be held on Friday, May 11, with the Jailer and Sheriff candidates, and on Saturday, May 12 with County Attorney and Judge Executive. Starting time for both events will be at 6:00 p.m. at the Heritage Hall.