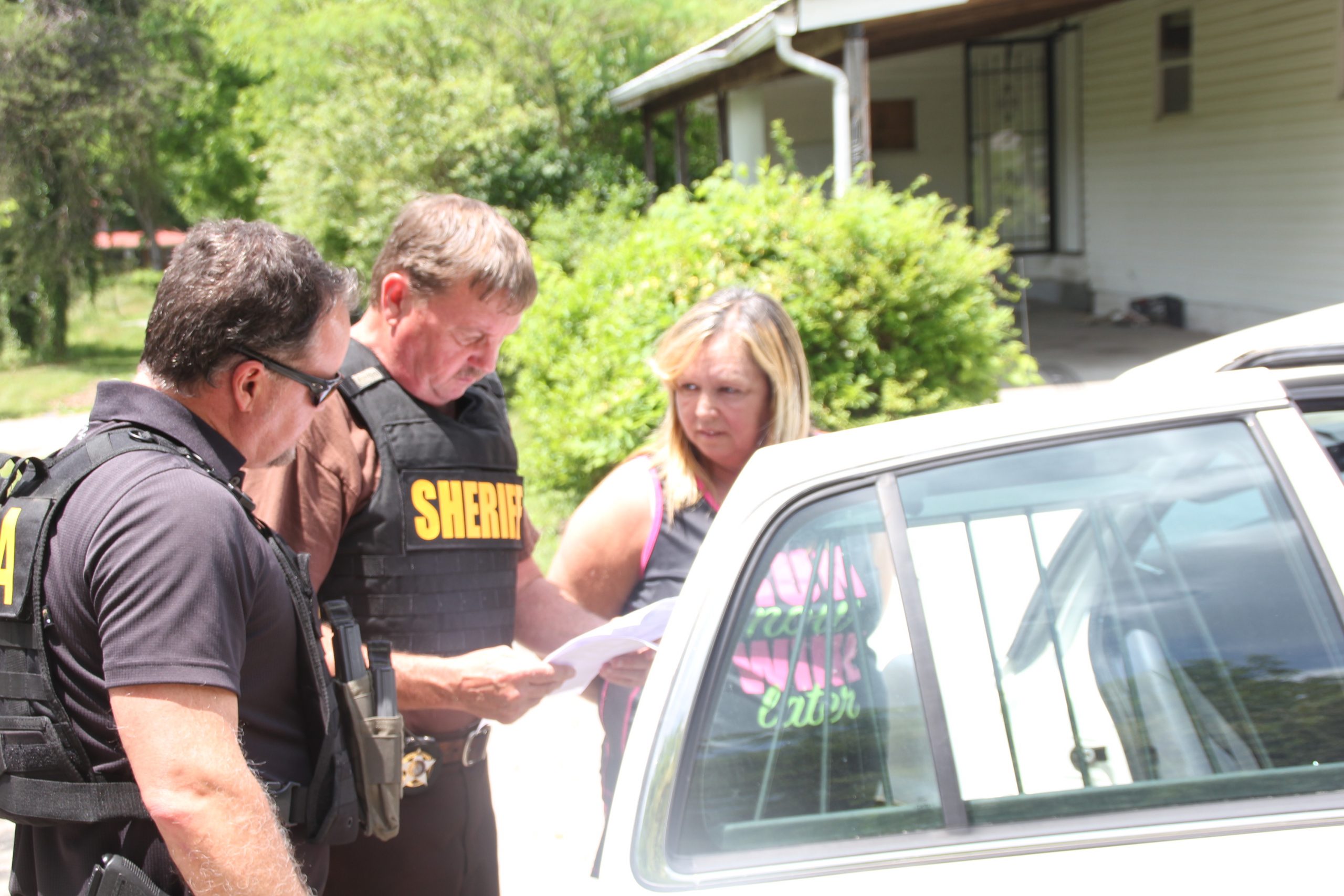 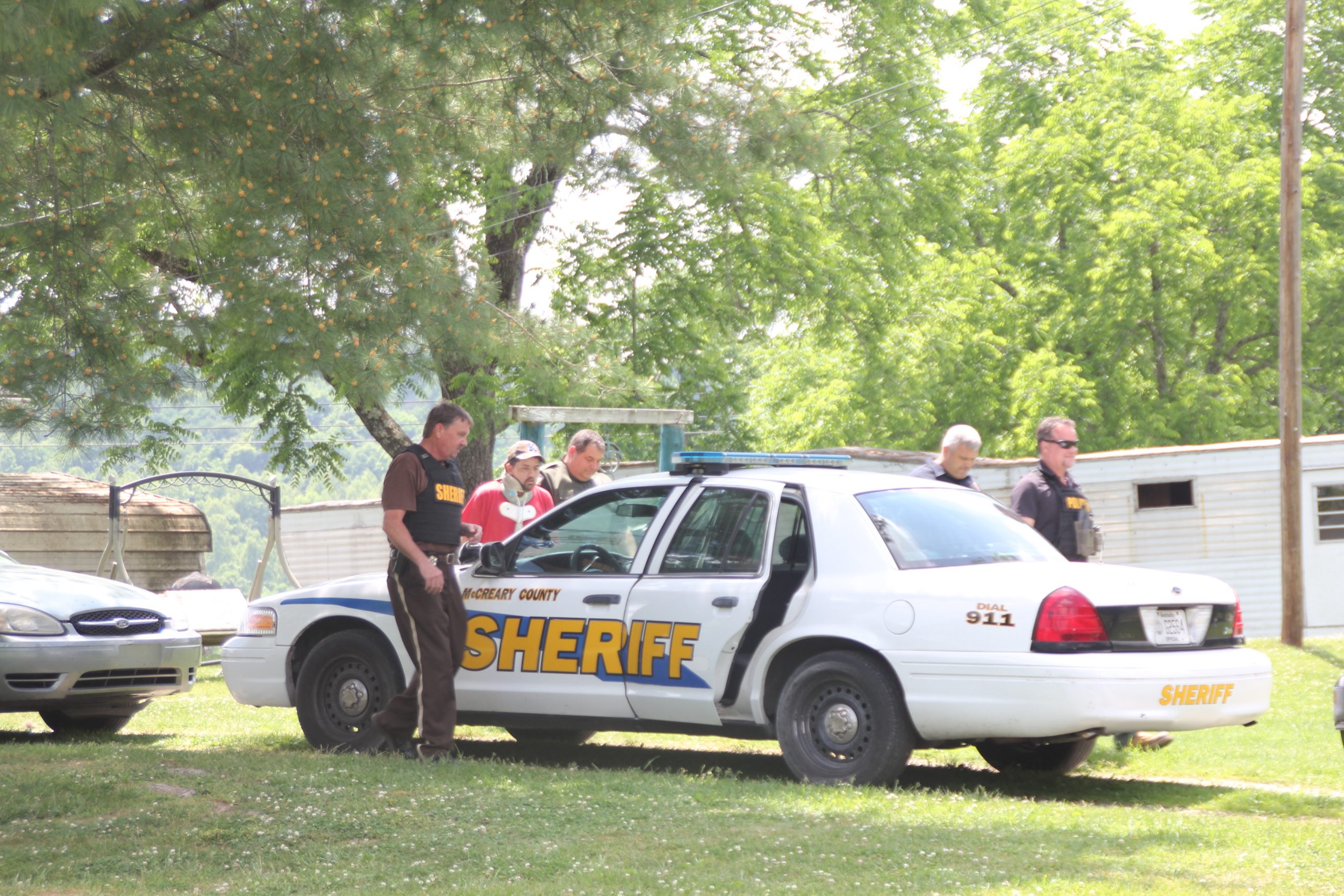 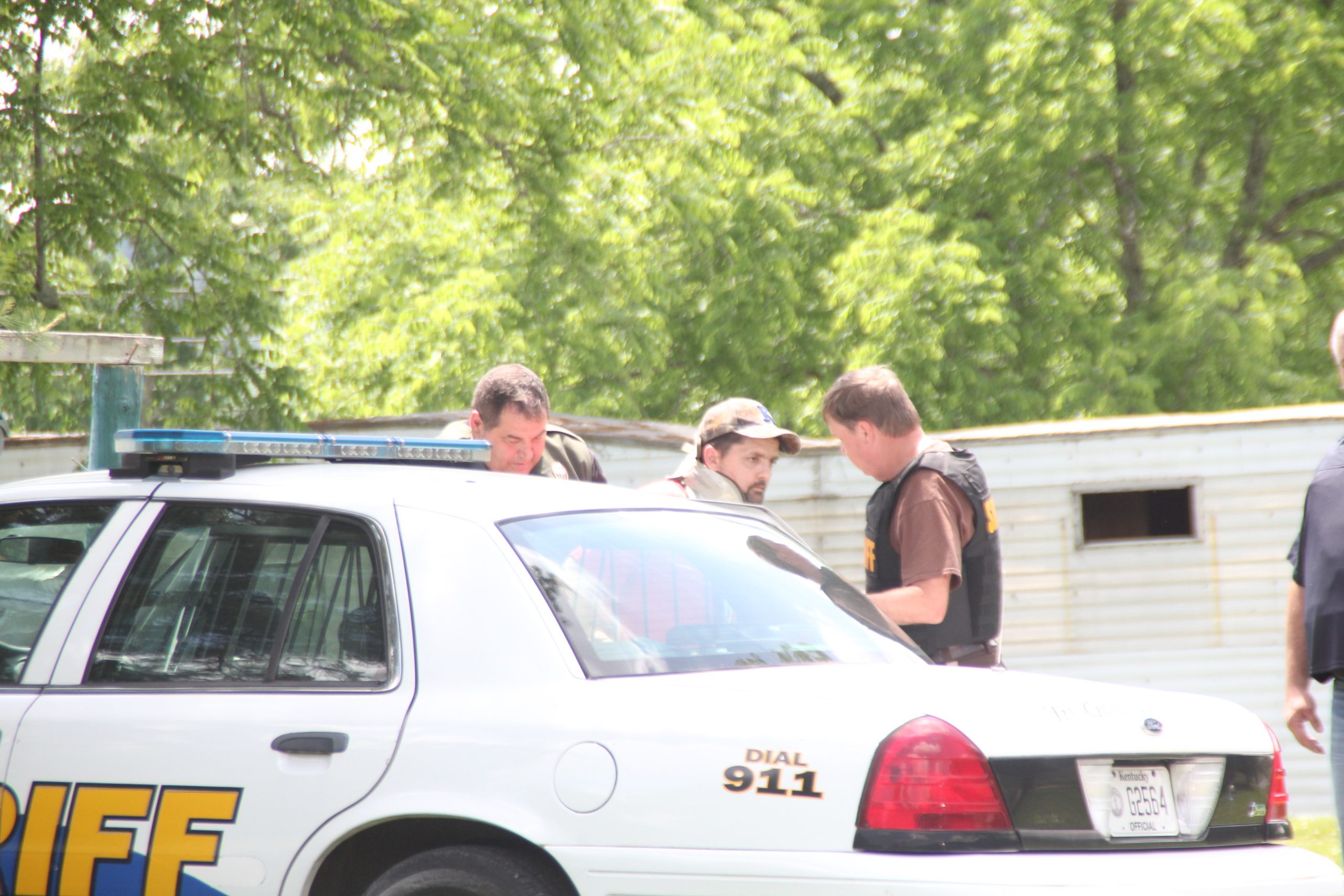 Photos by Greg Bird
Sheriff Randy Waters takes Portia Grundy (left) and Robert Jones (right) in to custody after an investigation between his office, the DEA and LCADTF.

The McCreary County Sheriff’s Department, along with agents from the Lake Cumberland Area Drug Task Force and Drug Enforcement Administration conducted a round-up of two suspects on drug trafficking charges last Wednesday.
Sheriff Randy Waters stated the arrests were part of an inter-agency investigation in to opioid trafficking in the area.
Portia L. Grundy, 51, of Revelo was arrested and charged with trafficking in a controlled substance, first offense. Robert Jones, 44, of Strunk, was arrested on trafficking in a controlled substance, second offense charges.