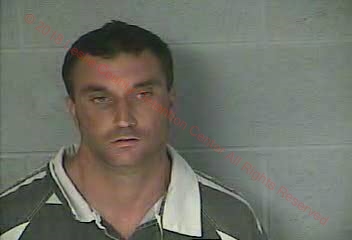 A McCreary County man is behind bars after allegedly dropping his pants in front of a Sheriff’s Deputy early Tuesday morning.
According to the citation Deputy Cody Stephens encountered Felix Moses, of Strunk, walking along Southern Highway some time after 2:00 a.m. Tuesday morning. The Deputy stopped to speak with Moses who said he had a bunch of people following him down the road. The officer took Moses back to his residence, and while doing so attempted to locate the subjects that were allegedly trailing him. On the short drive the Deputy was unable to spot anyone on the road.
Stephens said Moses appeared to possibly be under the influence of some intoxicant and hallucinating.
While checking on Moses Deputy Stephens asked if he had anything in his pockets. Moses reportedly hesitated then began to put his hands in his pockets despite orders not to do so. The Deputy asked if he could check Moses’ pockets, at which time the subject said “do you want me to show you my (genitals)?”, and began unfastening his pants.
The Deputy ordered Moses to stop, but he continued with his actions and exposed himself to the officer.
Moses, 39, was arrested on a charge of indecent exposure.