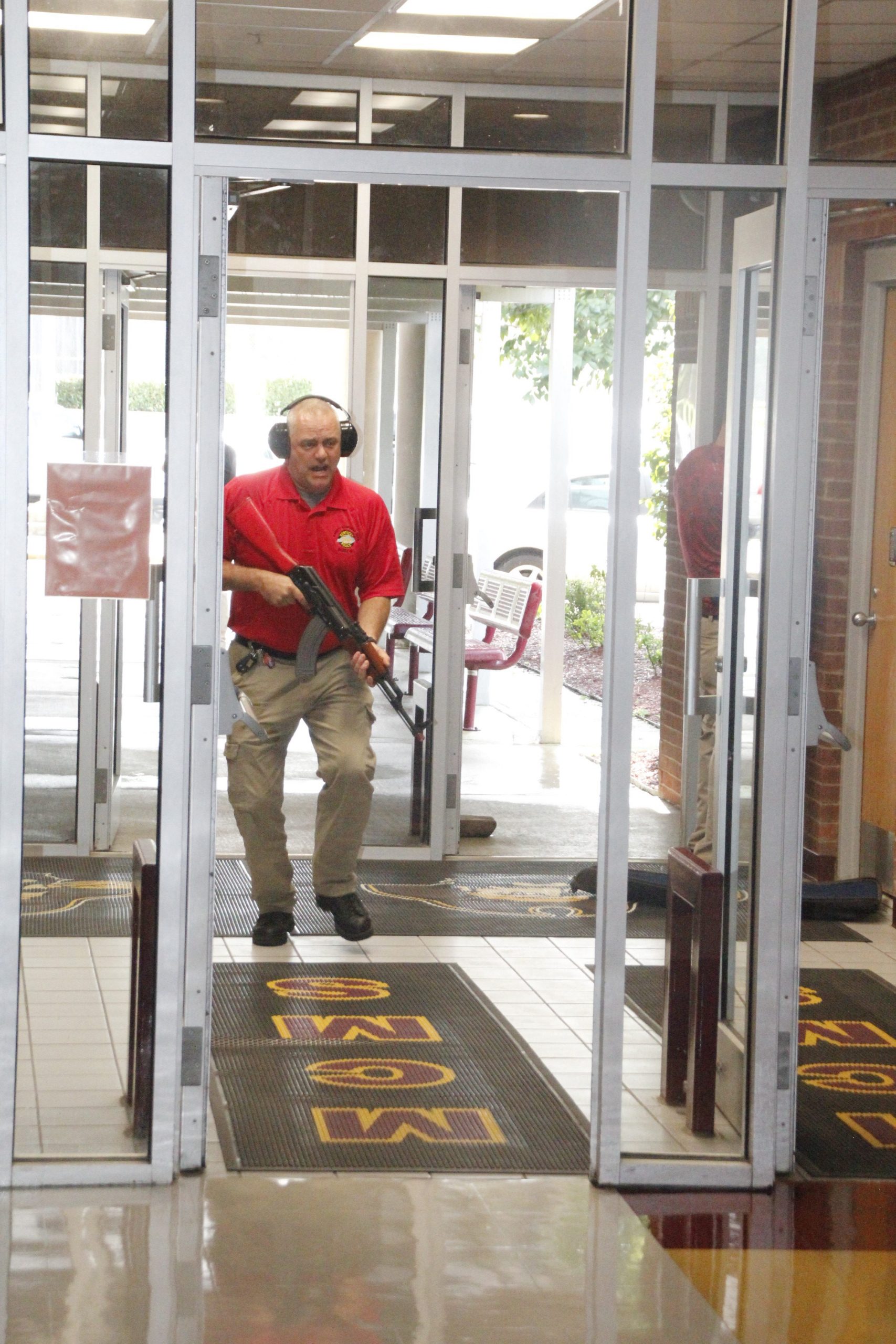 Photo by Greg Bird
The Kentucky State Police used actual gunfire (blanks) to give teachers an idea of what to expect during an active shooter situation.

While the schoolchildren of McCreary County were enjoying their summer vacation last week, their teachers were taking the time to learn how to protect them.
Last Tuesday and Wednesday teachers and staff of the McCreary County School District took part in specialized training in preparing for a possible active shooter and disaster event within schools.
Superintendent Michael Cash said the mandatory training will go a long way toward preparing staff if an active shooter ever tried to infiltrate local schools.
“It’s unfortunate that we have to do things like this in this day and age,” he said. “My number one priority is the safety of our students and staff.”
Troopers from the Kentucky State Police, along with representatives from local law enforcement and emergency services conducted active shooter drills in all schools, teaching staff members the proper procedures to follow in such an event.
Trooper Matt Parmley led staff through an in-depth presentation of school shootings and the things to do and not do when involved in an active shooter situation. The staff was then taken through a series of live action drills to expose them to the stress they might encounter.
Whitley City Fire Department Chief Tony Miller, who also is a trained medic, along with the McCreary County EMS staff provided first-aid training and learned vital wound packing skills that could prove to be life-saving in the event of an armed assailant targeting a school.
Additionally, Dan Orman from the Kentucky Center for School Safety gave presentations to staff members on other school safety concerns.
Cash noted the training this week builds on other trainings the staff has received over the past two years, and said the McCreary County School District was noted to be one of the highest trained districts in the state.
In a separate, but related story, McCreary County Emergency Management Director Stephen McKinney announced that all school resource officers will be issued AR 15 rifles through a federal program. McKinney said the weapons are on loan from the government, and all SRO’s will be qualified to use the weapons, which will be secured at each school for use in an emergency.