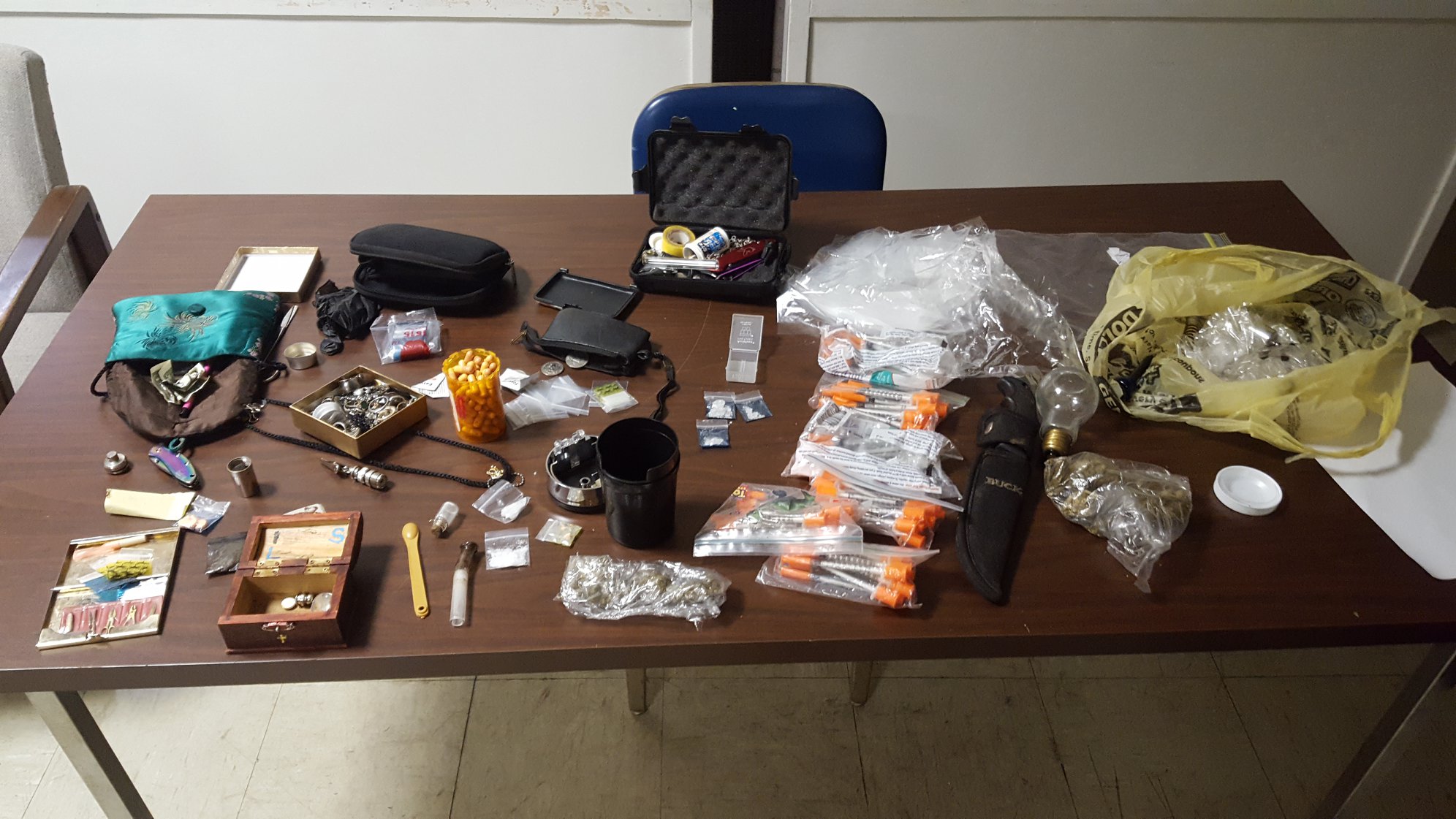 Two Whitley City men were arrested Sunday night after reportedly
trying to sell drugs in the parking lot of the Lord’s Gym.
See full story on page 7A.

Two Whitley City men were arrested Sunday night after reportedly trying to sell drugs in the parking lot of the Lord’s Gym.
Sheriff Randy Waters stated Deputies Greg Chaney and Darrell Loudermilk received a tip concerning possible illegal activity in the area and responded to the scene where they located Daniel Lee Ridener, 39, standing outside a vehicle. Two glass pipes in plain view of the officers were spotted in the cab of the vehicle. Ridener admitted the truck was his and was taken into custody. Inside the truck a quantity of methamphetamine was discovered.
When Ridener was being placed into the cruiser, he attempted to flee, but was captured by KSP Trooper Harrison Wells before he could leave the area. Once handcuffed in the cruiser Ridener reportedly managed to get his hands in front of him and grabbed a concealed knife from his boot, and tried to escape by cutting the door panel of the cruiser.
Ridener was charged with multiple offenses including; trafficking in a controlled substance, trafficking in marijuana, escape, resisting arrest, criminal mischief and carrying a concealed weapon.
A second subject, identified as Brandon Inman, 30, attempted to leave the area as well, but was apprehended and charged with trafficking and possession of drug paraphernalia.
An unidentified female subject was also spotted in the area, but fled in to the woods before officers could catch her.
Ridener and Inman are lodged in the Leslie County Detention Center.