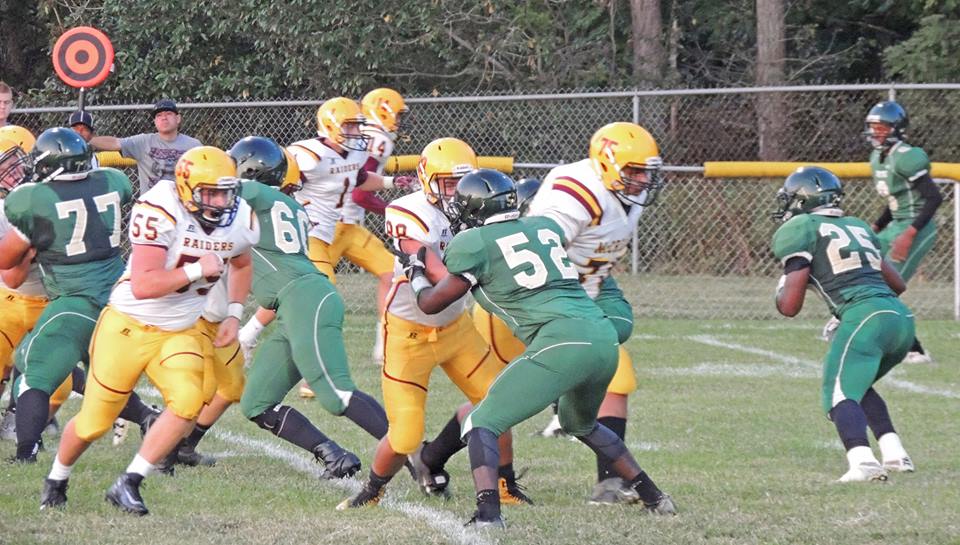 Photo courtesy of Dave Allen
McCreary Central is scheduled to host Fort Knox in a home opener on September 7.

STEARNS – The McCreary Central High School football program has finalized and released its schedule for the 2018 season. The Raiders are slated to open the 2018 season with three consecutive away games before hosting a home opener in early-September.
McCreary Central is scheduled to visit Perry County Central for a season opener on August 17.
The Raiders are slated to visit South Laurel on August 24, one week later.
Remaining on the road for its third consecutive matchup early in the 2018 season, McCreary Central is due to visit Clinton County on August 31.
The Raiders are scheduled to host Fort Knox for a home opener on September 7.
McCreary Central has additional away games scheduled versus Paul Laurence Dunbar, Bell County and Casey County.
The Raiders have other home games on tap versus Corbin, Jackson County and Lynn Camp.
McCeary Central competes in Class 3A, District 8, along with Bell County, Corbin, Casey County and Jackson County. Corbin is ranked among the state’s top Class 3A teams. The Redhounds finished runner-up to Boyle County in Class 3A in 2017.
The Raiders exited the 2017 season with a 2-7 overall record. McCreary Central notched back-to-back wins during the 2017 season, defeating Fort Knox 63-30 on the road and outlasting visiting Paul Laurence Dunbar 22-21 in a home game. The Raiders dropped games to Perry County Central, South Laurel, Bell County, Corbin, Casey County, Jackson County and Lynn Camp during the 2017 season.
McCreary Central started preseason practice in July, following the conclusion of the Kentucky High School Athletic Association Dead Period. The Raiders are under the direction of head coach Lucas Ford and his coaching staff.