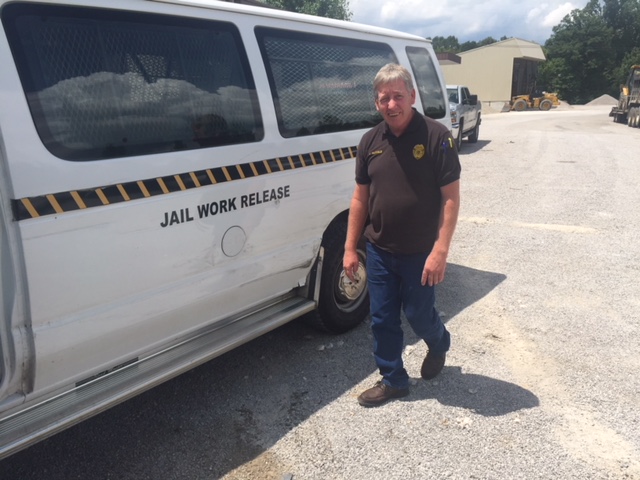 McCreary County Jailer Jessie Hatfield was involved in a hit and run accident Wednesday morning as he was transporting a van-load of prisoners from Leslie County. None of the passengers in the van were reportedly injured, but were taken to a medical facility as a precaution.
Full details of the accident were unavailable as of press time Wednesday, but the Jailer was able to confirm the basic information after he returned the McCrary County that afternoon.
Hatfield stated he and Deputy Transport Officer Donnie Smith had just left the Leslie County Detention Center with ten inmates scheduled to appear in McCreary County Circuit Court that morning. While on the road Hatfield saw a vehicle approaching the van in the wrong lane. Hatfield attempted to move out of the way of the oncoming vehicle and entered the shoulder on the side of the road. The second vehicle side-swiped the transport van and kept driving.
Neither Hatfield nor the transport officer assisting him were injured. The prisoners were also reportedly unharmed, but were taken to a local hospital for evaluation. They were later released back to custody.