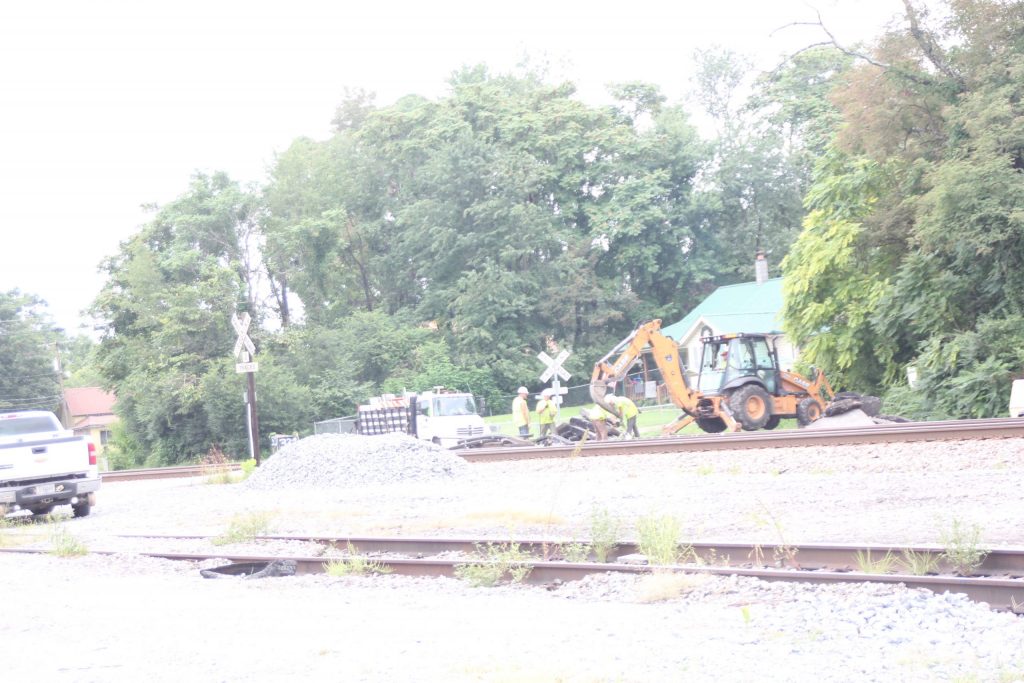 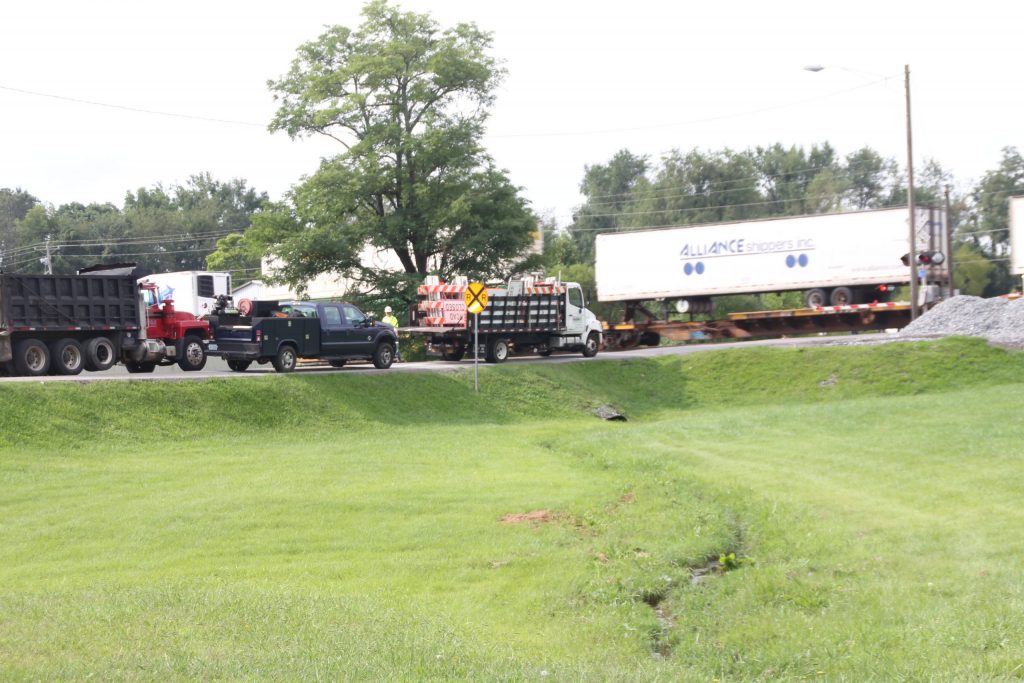 Photo by Greg Bird
Crews have been working on maintenance with railroad crossings, like this one on Pine Knot Road this week. Through Wednesday work has also been done at Century Lane, Mt. Pleasant Road and Thompson Tapley Road.

In the midst of public outcry and legal battles concerning trains blocking intersections, Norfolk Southern Railroad announced last week that several crossings in both McCreary and Scott Counties could be impacted to more closures as the railroad conducts repair and maintenance work.
At least six local roads, with the possibilities of private crossings in the area, are scheduled to have repair work done in the coming weeks, possibly closing those affected crossings for up to three days at a time.
Starting this past Monday crossings at Roaring Paunch Creek, Mt. Pleasant Road, Murphy Road and Thompson Tapley Road in Strunk, as well as Century Lane and Pine Knot Road in Pine Knot could be closed for repair work and residents are urged to seek alternate routes when possible.
Norfolk Southern said the work should be completed within two to three days per crossing, but could be impacted by weather and other factors.
RoadSafe Traffic Inc. will be utilized to provide detour signage and traffic control during the work periods.
The work, while needed, comes at a time when Norfolk Southern has been the target of much scrutiny over blocked crossings, and two legal battles related to the incidents are underway in local and federal courts.
No hearing date has been scheduled in the federal case as of yet, but attorneys for the defendants filed an official response to the American Association of Railroads response to a motion to dismiss in federal court.
A pretrial conference in McCreary County District Court has been scheduled for November 11 in the five local cases.