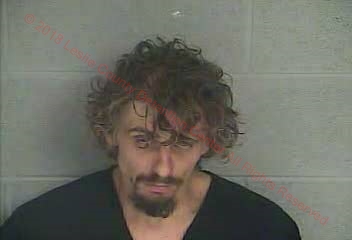 A Stearns man is behind bars after reportedly fighting with McCreary County Sheriff Randy Waters and Deputy Tom Smith Monday when they tried to arrest him on an outstanding warrant.
Sheriff Waters reports Justin Lee Shackleford, 31, faces charges of assault on a police officer, wanton endangerment, resisting arrest, disorderly conduct and fleeing and evading following the incident.
According to the arrest citation the officers were responding to a call concerning a suspicious subject at the county-owned spec building in Pine Knot around 9:00 a.m. When the officers arrived they found two subjects at the location. While checking identification, it was discovered Shackleford had outstanding warrants for parole violations and failure to appear.
At that point Shackleford ran from the officers, trying to elude them in nearby woods. Sheriff Waters caught up to the subject and ordered him to surrender. Shackleford refused and started to attack the Sheriff.
Sheriff Waters deployed his taser in an attempt to subdue the man, but it had no effect. Deputy Smith arrived and found the two men in a struggle and began to intervene. At one point Shackleford threw a white powder in the eyes of the Sheriff in an attempt to blind him. The substance turned out to be talcum powder.
Both officers suffered cuts, scrapes and bruises in the struggle, but were eventually able to take Shackleford in to custody. The subject reportedly told officers after the arrest he had Hepatitis C.
Shackleford is lodged in the Leslie County Detention Center waiting arraignment.