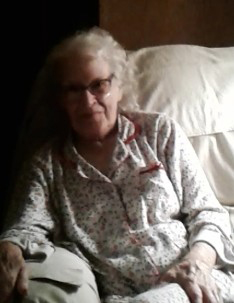 Geneva Ball age 78 of Williamsburg, Kentucky, passed from this life on Monday December 17, 2018 at her home.

In keeping of Mrs. Geneva’s wishes, her services were privately held.

She was born January 22, 1940 in Oneida, Tennessee to the late, Bill Wright and Seva Shepherd Wright. Geneva is also preceded in death by her busband, Bobby C. Ball and a sister, Angie Wright. 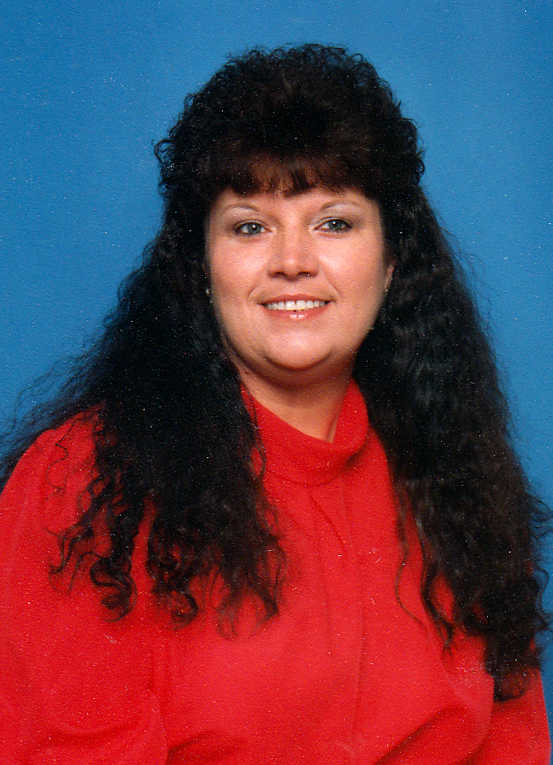 Preceding her in death were her parents, a daughter, Megan Gibson, and a sister, Brenda Watters.

A Memorial Service was held Saturday December 15, 2018 at the Hickman – Strunk Funeral Home at 1:00 PM with Bro. William Kilby officiating.

Hickman – Strunk Funeral Home was honored to serve the family of Thelma Gibson. 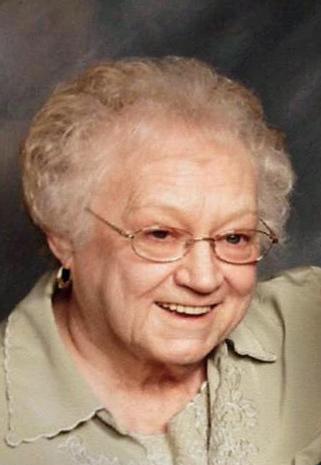 She was born December 6, 1935 in Pine Knot to the Ed Joseph Kidd and Martha Anderson Kidd.   Nancy was always a very active woman and enjoyed many jobs throughout the years.  She was employed at Ben Franklin and owned and operated the Western Auto with her dear husband, Clell, for about five years.  She was an aide in the reading lab at Revelo Elementary before teaching preschool for over twenty years.   During the summer and continuing after her retirement, she worked at the Big South Fork Railway.  She was also a loyal member of Lower Hickory Grove Baptist Church doing everything from Janitor to Sunday School teacher, and had been a member longer than anyone else in the church.

Hickman – Strunk Funeral Home was honored to serve the family of Nancy Murphy. 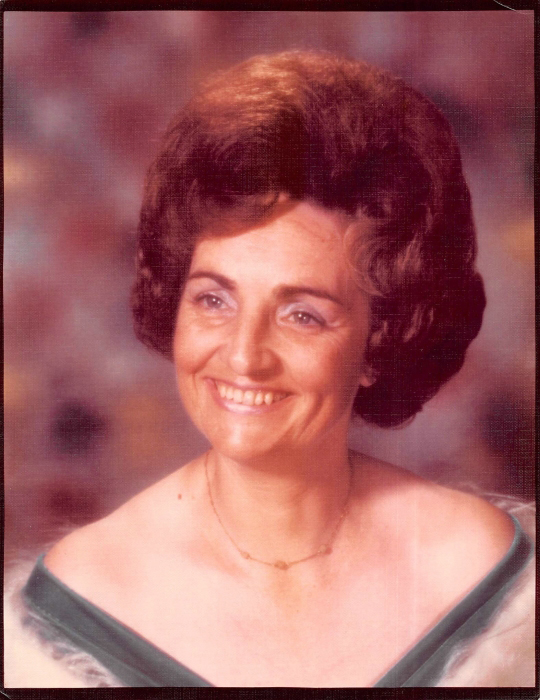 She was born in Whitley City, Kentucky on September 16, 1936 the daughter of the late Travis Finley and Martha Jane (Taylor) Bruce. Nora was a homemaker, member of the Sandhill United Baptist Church, Laurel Heights Chapter #288 Order of the Eastern Star, and a lifetime member of the American Legion Ladies Auxiliary. 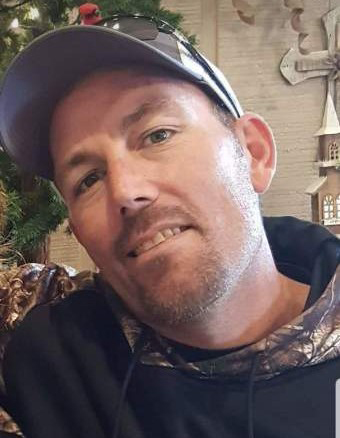 He loved his kids and family, he loved family reunions and especially auctioneering for them.   He had a love for all sports and at one time coached elementary basketball.  He enjoyed being in the woods and outdoors and became a timber cutter and a licensed lumber grader by trade.  He enjoyed stock markets, farming and had a love for animals.

Funeral services were held on Sunday, December 16, 2018 at 1:00 pm in the chapel of Pine Knot Funeral Home with Bro. Marty Douglas officiating. Burial followed in the Silerville Cemetery. 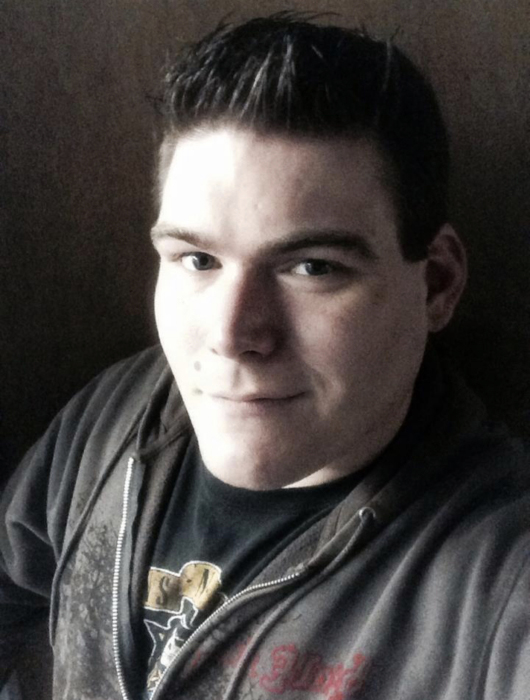 James worked in the deli at Kroger for many years, he was on the Deans list the two years he attended Cumberland College.

He is proceeded in death by his paternal grand-parents, Clyde and Gladys Keith Tucker.

James enjoyed music and video games, but spending time with his family was most important to him.

Funeral for James was Tuesday in the chapel of the McCreary County Funeral Home at 12:00 pm with Brother Eddie King and Damon Stevens officiating and burial followed in the Strunk Yancey cemetery. 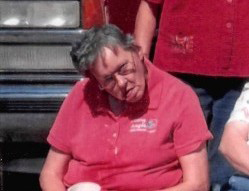 She was born October 11, 1942 the daughter of the late Harold Wyatt and Ethel Martin Wyatt.  Martha was employed at the Shirt Factory in Stearns, KY., as a machine operator.  She was a member of the Whitley City Church of God.

In addition to her parents she is preceded in death by her brothers, Jim, Roy and Carl Wyatt, sisters, Norma Lee Maxey and Betty Lou Perry.

Funeral services were held Thursday, December 20, 2018 at 1pm in the chapel of the McCreary County Funeral Home with Bro. Bruce Dixon and Bro. Josh Stephens officiating. Burial followed in the Barren Fork Cemetery. 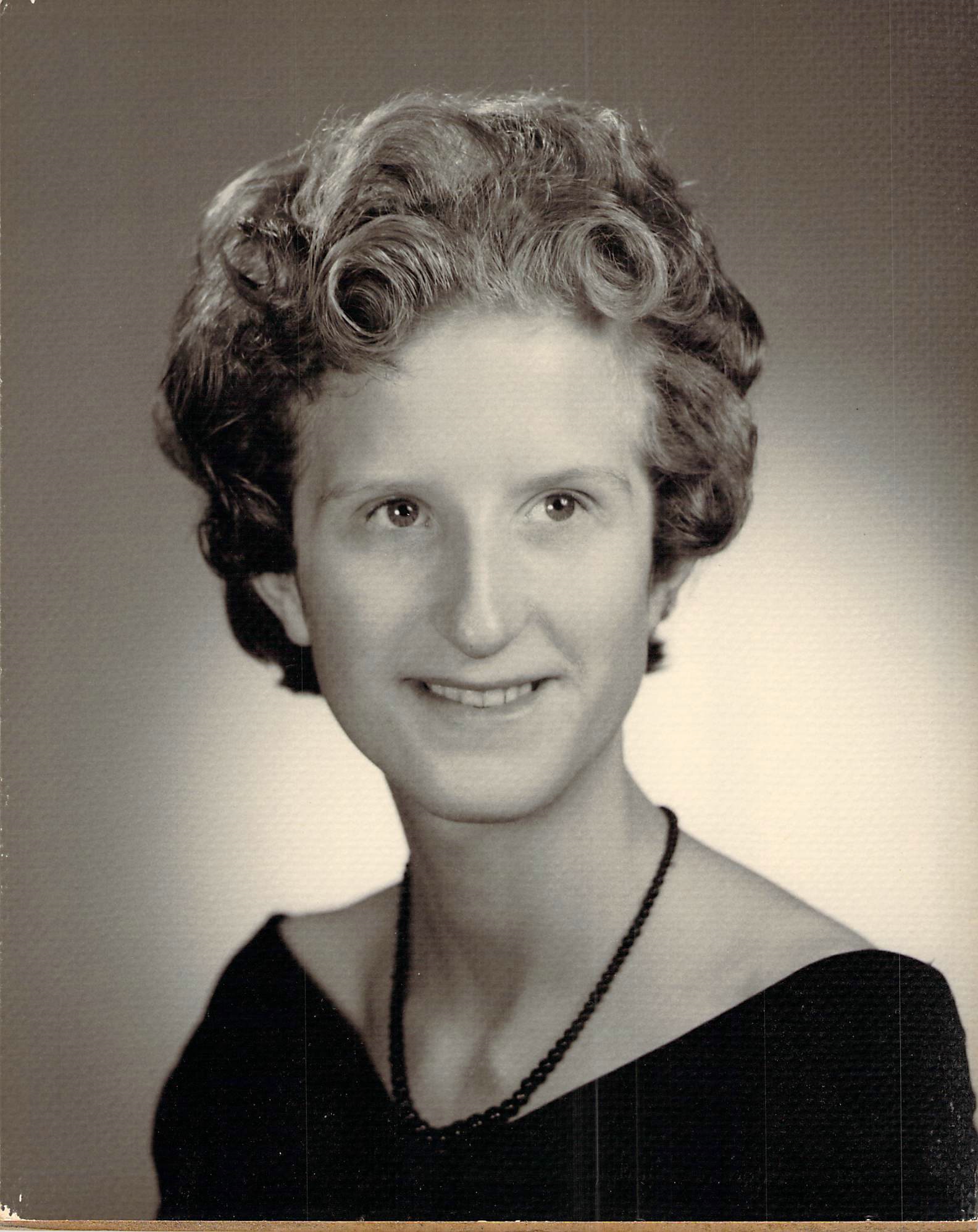 Funeral Services were held on Saturday October 27, 2018 at the Hickman – Strunk Funeral Home with Bro. Jacob Ratliff officiating, Burial was in the Murray Wilson C

She was born July 18, 1946 to Claude and Lydia ( Goodman ) Crabtree in Stearns, Kentucky.  Judy was a lifelong member of the Pine Knot Southern Baptist Church, she enjoyed reading, and crafts.

Those left to cherish her  memory include  brother Hearley  and wife Martha Crabtree of Frankfort, and sister Anna Jane Hamlin of Corbin.

Hickman – Strunk Funeral Home was Honored to serve the family of Judy Crabtree. 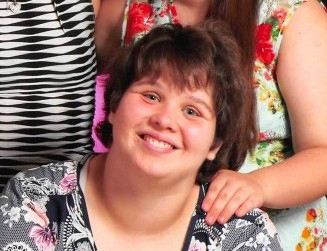 She was born in Oneida, Tennessee on January 8, 2000. Anna was a student at the McCreary Central High School, a member of the Pine Knot Freewill Baptist Church. She loved coloring, drawing, balloons, swinging, playing with her stroller and her 3 wheel bicycle, eating popcorn and her bouncing on her trampoline.

Her grandfather, Rev. John Gray precedes her in death.

Funeral Services were held Saturday, October 27, 2018 at 7pm in the chapel of the Pine Knot Funeral Home.  A private burial will be held Sunday at the Kilby Memorial Gardens. 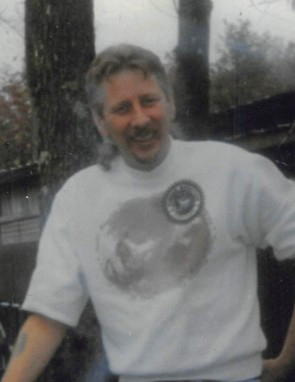 Denvil Lee King age 62 of Strunk, Kentucky passed from this life on Thursday, October 25, 2018 at the UK Medical Center in Lexington, Kentucky.

He was born November 30, 1955 in McCreary County, Kentucky to the late Chester King and Gladys (Davis) King.

In addition to his parents, Denvil is preceded in death by his brothers, Don, Gene, Ronnie, and Arnold King and sisters, Patsy Worley, Sue Chitwood, Patricia “Sissy” Heath, and Shirley Chambers.

Denvil was a member of the Mt. Pleasant United Baptist Church. He enjoyed being outdoors and spending time with his family. Denvil also enjoyed watching Westerns on television.

Funeral services were held on Monday, October 29, 2018 at 3:00 pm in the chapel of Pine Knot Funeral Home with Bro. Mike Rafferty. Burial is to follow in the Silerville Cemetery.

In lieu of flowers, the family has asked that donations be made to the funeral home to assist with funeral expenses. 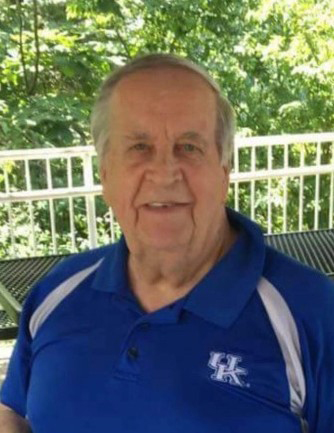 “Hello, I’m Larry Morgan and I’m a Church of God Christian.”  This is the greeting received by many many people upon meeting Larry Andrew Morgan.

Larry Andrew Morgan, 83, left this world October 27, 2018; he entered those pearly gates of heaven at 2:05.  Larry lived his entire life with this one moment in mind—to meet his heavenly father and be reunited with loved ones gone before him.  Some of those include his parents, Reverend Oscar and Cevil Morgan who gave him life on July 14, 1935; his devoted wife and the mother of his 8 children, Toni Vee Craig Morgan whom he married on February 6, 1960; his daughter Sarah Amelia Morgan; his brother Ralph Morgan; nephew Timothy Smith; great grand-daughter Kylee Ladonn Strunk, and numerous cousins, grandparents and friends.

Larry followed in his father’s footsteps and was an insurance salesman for Life & Casualty for 25 years.  He left there and worked with the Ross-Shepherd Insurance Agency for numerous years, and then went back to Life & Casualty where he retired from in 1997. As in insurance salesman, he made 1,000s of friends, many of whom treated him like family.  He has sat down at the dinner table with countless people in McCreary County, as well as Scott County, Tn.  Larry and his wife also owned a couple businesses in the 80’s, such as a game room and most notably Uncle Roy’s Chicken.  After ‘retirement’, Larry worked at LeSportsac, Gregory’s Sawmill, and delivered newspapers for the McCreary County Record (13 years).

Larry was a devoted Christian and lived a life that he hoped would always portray Godly love to everyone he met.  He was a member of East Stearns … in his recent years in McCreary County, he had attended Whitley City Church of God; but he always considered his ‘home’ church to be East Pine Knot Tabernacle.  He also attended Hayes Creek Church of God, where his father pastored, for several years.    Larry LOVED to sing about the Lord, and was a member of the Hayes Creek Quartet.

Larry A Morgan will be laid to rest alongside his wife and parents at T Chitwood Cemetery in Pine Knot, Ky. Funeral services were Tuesday, October 30, 2018 at 12 at East Pine Knot Tabernacle. Reverend Bruce Dixon and William Kilby officiating.

As Larry would say, “May the good Lord bless you.”

Preceding him in death are his grandparents, Sadie Crabtree Snyder, Reba Cox Manning and Earl Manning, and his stepfather, Tom Strunk.

Timothy was a of the Baptist faith, he enjoyed camping, drawing, but most of all he treasured spending time with his kids.  Per his wishes, Timothy will be cremated.

Memorial services were held Sunday, October 28, from 2:00 to 3:00 pm in the chapel of the McCreary County Funeral Home. 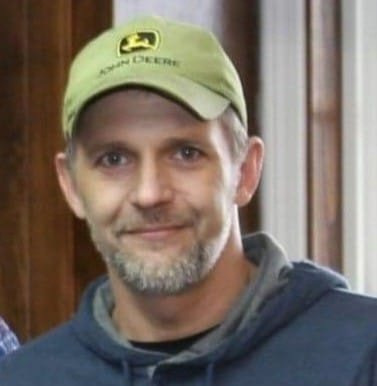 Preceding him in death are his grandparents, Clifford and Virginia West, Alonzo and Annabelle Vanover and nephew Keelyn Birchfield.

Justin never met a stranger, he was witty, could see good in everyone and he had a heart of gold.

Visitation was Friday, October 26, from 6:00 to 9:00 pm in the chapel of the McCreary County Funeral Home with Brothers, Kyle Burchett and John Duvall Jr. officiating.  Funeral service were Saturday, October 27 at 1 pm with burial followed in the Angel Cemetery.

McCreary County Funeral Home is entrusted with the services of Justin Wade Vanover. 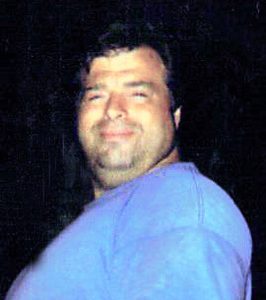 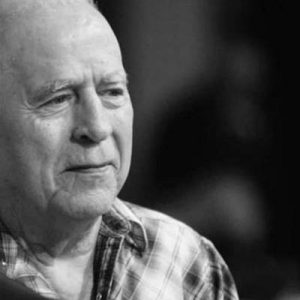 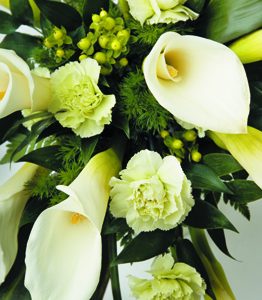 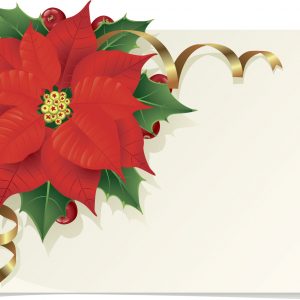